A man who hit a 14-year-old girl in the face with a paving slab, punched a woman and damaged cars in Cliftonville has been jailed.

Connor Silver was arrested after Kent Police officers were called to a disturbance in Lower Northdown Avenue on Saturday, May 23 2020.

The 28-year-old was found guilty of unlawful wounding and assault following a trial, having previously admitted possession of a knife and five counts of criminal damage.

He was jailed for three years and 80 days when sentenced at Canterbury Crown Court last Friday (May 21). 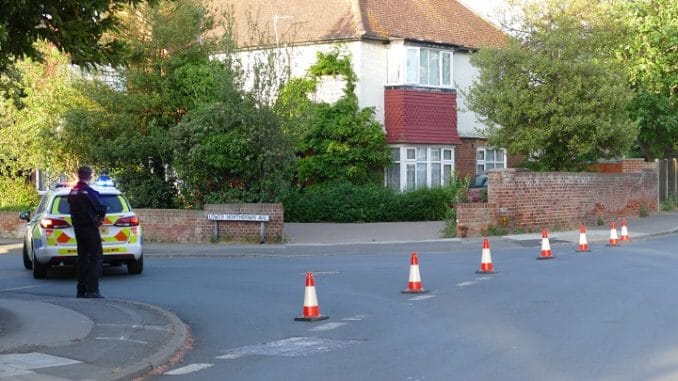 Silver carried out a serious attack on the 14-year-old girl on the day of the offences. The victim reported that he approached her and shouted about not wanting people to come down the road, before he hit her in the face with a paving slab. She suffered a cut to her face and needed hospital treatment.

After assaulting the girl, Silver approached a woman who was also walking down the street and punched her to the face.

Silver also shouted threats at passing drivers and threw building materials and bricks at two cars which passed down the road, causing £3,000 worth of damage to one of the vehicles.

He damaged the door and wing mirror of another car before attacking an attending police car, damaging the windscreen and bonnet.

A knife, which Silver had been seen holding during the incident, was recovered by police at the scene.

Detective Constable Mark Huttley, Kent Police’s investigating officer, said: “Silver’s behaviour would have been terrifying for the girl and woman who he assaulted and it is very fortunate that both of them did not suffer more serious injuries.

“Silver refused to admit his wrongdoing, drawing out the pain for his victims, and I would like to thank them for supporting our work in bringing this man before the courts.

“I hope the conclusion of the case and the fact that Silver is now behind bars will give them a sense that justice has been done.”