We need trees, we need plants and open spaces – it’s why, we’re told, it’s important to avoid any more lockdowns, so we can all go out, breathe the lovely oxygen the plants produce and boost our immune systems.

But day after day we hear of more trees being felled, more green space being concreted over for housing and more worry about climate change and mental health! Our council made a commitment to try to be greener, our government promised to plant millions of trees! Of course, none of them promised not to cut them down!

Since I came to Thanet in my small street alone about thirty trees have gone. I didn’t realise I had a sea view for the first five years in Thanet, then a neighbour felled all the old fruit trees in their garden, and there was the sea! But the trees had been part of a much older orchard and the argument was that they were old and diseased, so it was OK for them to go. They looked OK to me, as did the poor old sycamore recently chopped down in Duke street, just in the way of someone’s building ambitions. 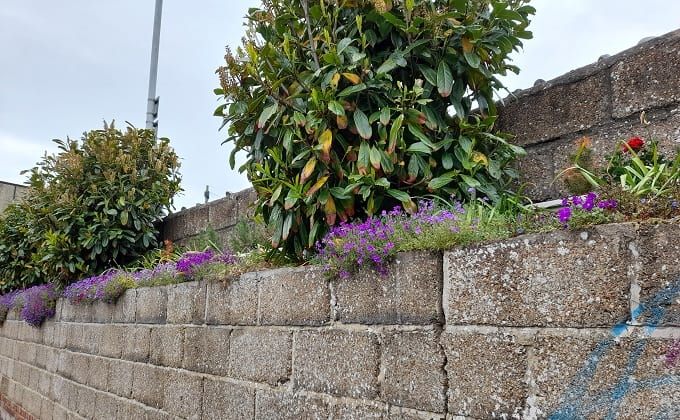 Remember the proposal to build a community centre in Broadstairs Pierremont Park? We were told it was essential and to build it many mature trees would have to go. Hundred of residents formed a Friends of Pierremont Park group to oppose it. You should have heard the rows at the public meetings and the lies that were told about the alternative buildings that were supposed to be unsafe or unsuitable. I’m not sure why it didn’t get built but it wasn’t.

The old trees are still there and all through lockdown people were glad of such a peaceful place to go to. But it was a huge effort to turn the idea around that trees were not important compared with a brand new building that was going to cost hundreds of thousands of public pounds.

Building Westwood Cross involved huge numbers of lost trees. There was a big campaign to try to save a pretty Victorian isolation hospital, Haine Hospital, surrounded by trees and the graves of people who had died of highly infectious diseases. All under tarmac now.

There is a housing estate where the Hereson School in Broadstairs had playing fields surrounded by mature trees, unfortunately in too nice a spot to be left for kids to play football on. 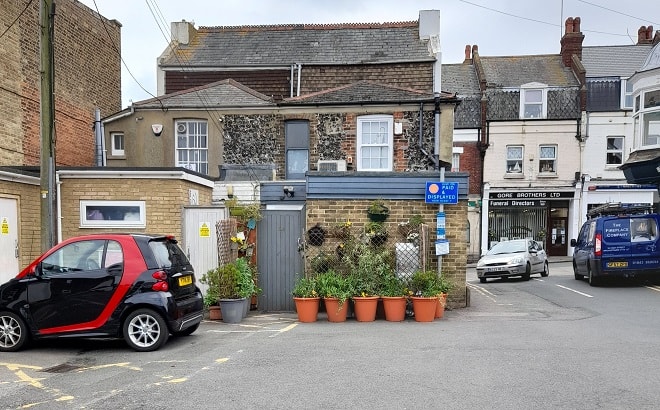 But, a small corner of a Broadstairs car park gives me hope for the future! Instead of a parking place a tiny garden is growing, all in pots on the tarmac but flourishing. And round the walls of the car park, rock plants grow, just as if it was a cliff edge instead of an old wall. Over one wall can be seen an ancient tree, which locals have put a Tree Preservation Order on.

We need our trees.