Not long after we moved into Addington House, Margate, in 2007, a man came to the door and presented us with an old sepia photographic postcard of the house dated from 1890. It turned out the man was a local historian, the late Mick Twyman from Margate Historical Society.

Mick said he thought we should have the postcard as we were now custodians of the house. Mick sadly passed away a few years later. The postcard had three women stood in front of the house with large trees on either side of the gate. The columns were the tone of stone and the window woodwork was dark. The postcard was the first key to the direction of restoring the house and grounds and is one of our most treasured things. One of the first things we did was re-plant trees in the front and back.

We soon realised Addington House is one of Margate’s most recognisable historic houses and a house with many stories. People often stop and talk to us about the house; mentioning perhaps a story of how they’d been there to arrange driving lessons at a driving school, or at a medical clinic as a child, or to discuss their accounts. The house has existed longer as a commercial building than it has ever been lived in as a residential house. This is often the case for larger houses built in the Georgian era. Even as houses, they were always multi-functional dwellings with a blend of home, working, domestic servants and multi-generational families living across many floors.

Many Georgian houses transitioned into offices for accountants and solicitors in the Victorian era as their owners vacated and moved out to the suburbs and countryside and mass building of terraced houses developed into what we know of as modern towns today. Addington House also followed this path. 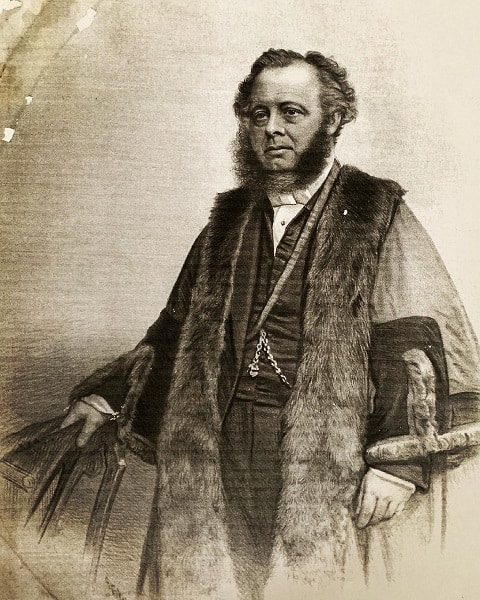 According to historical records, we believe the house was built circa. 1845, although we don’t have the original deeds (we’d love to find them!). We know from the census records  in 1851 it was the home of four times Mayor of Margate, John Berry Flint (1806 – 1874). In 1851 John (pictured above), then aged 44, listed himself as ‘a proprietor of houses’. He lived there with his wife Mary Sophia Flint aged 41 and a single servant Mary Pott aged 31 from Birchington. Given the size of the house, it was a generous living space for a couple and a servant.

At this time, John’s brother Benjamin Francis Flint lived nearby in what was then 8 Addington Square along with another brother, Fenner Ludd Flint. Benjamin, a successful retired brewer from Canterbury, wrote a history of the Flint Family that was finally published after his death, titled Brief records of the Flint Family, with its collateral branches, in 1874. In the book, which is available to buy online, he states that John was living at Addington House with his wife in 1845 and he retired in 1850.

The Flints were a successful family living by their own means and Addington House sat at the end of a road which was the heart of what can be described as Margate New Town – the area of Margate where larger houses were built around grand civic spaces such as Cecil Square, Hawley Square and the now sadly long gone Addington Square and College Square. Within a short walking distance, there were cultural venues such as the Theatre Royal, Bettisons Library on Hawley Square and a series of churches and chapels. It seems also significant that gentlemen like John Berry Flint and his brothers chose to base themselves in this area of Margate for their retirement and embark on a life of civic leadership.

John Berry Flint’s most notable Margate event is when he took the initiative to formally greet Princess Alexandra of Denmark, the future Queen of England, after her ship was forced through bad weather to dock enroute. The Alexandra Homes in Tivoli are named after Princess Alexandra and this incident.

Addington House is well known in the Margate, standing proud on the junction of what is now Thanet Road and Victoria Road. You almost have to go around it on the way to Dane Park coming from Addington Road. Many people locally have memories and stories from its past uses.

The house is Grade II listed. It is built over two floors and a basement. Although it was constructed in the Victorian era, it has carried forward the Georgian style within its design. The later build date is given away by the use of large sash windows without glazing bars. The technology of the Victorian era enabled the larger panes of glass to be used in fenestration.  The ground floor has two three-light canted bays. There is a classical stone parapet and central pediment and porch with two Greek Doric columns and Doric pilasters. Making this ‘the house with the columns’ in the area.

When Addington House first appears on an OS map in 1852, printed by Day & Son, Lithographers to the Queen, the road in front was called Long Mill Lane. There are various theories around Margate’s historical research experts as to the origins of the name ‘Long Mill Lane’. According to local historian Suzannah Foad: “Long Mill Lane was the name for the track which led to the old Town Mill. In existence from 1719 it was just off St Peter’s Road and burnt down in 1902. Victoria Road was named so in 1868”.

On the map it can be seen that the house had a large formal garden, which today is another house.

Addington Square was later redeveloped in the 1930s to build the Royal Mail sorting office and telephone exchange. Strangely, there are very few remaining illustrations or photographs of Addington Square.

The scale of buildings and civic space in the 1850s of this corner of new town Margate, occupied by the great and good, had a more formal public green to enjoy than today.

The Royal School for the Deaf was adjacent and this grand building was demolished in the 1970s. The Zion Chapel opposite was an active church. Addington Square had a large villa in the centre. It was an area near to the Theatre Royal, the promenading gardens of Hawley Square, the civic meeting space of Cecil Square laid out for parades and events.

In 1913 the house is listed as the Margate School Clinic.

In the 1970s the house was used as offices. It was called Welton House after the accountants Welton & Co. and was run by a Mr Lyndon Rees. Welton was his wife’s maiden name. According to his daughter Deborah Brown, who began work there after leaving school, her father thought this had a better ring to it than Rees & Co. The house was then called Welton House. At this time, there were different businesses operating offices in different rooms 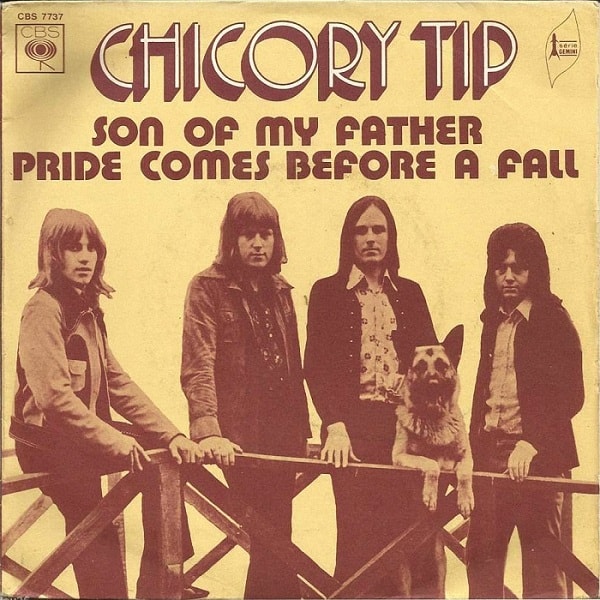 Deborah recalls there being an entertainment agent who managed the band Chicory Tip. They had a hit number one record in 1972 called Son of My Father, written by Giorgio Morodor. Their manager was called Roger Easterby, who is said to have lived at Arlington House. 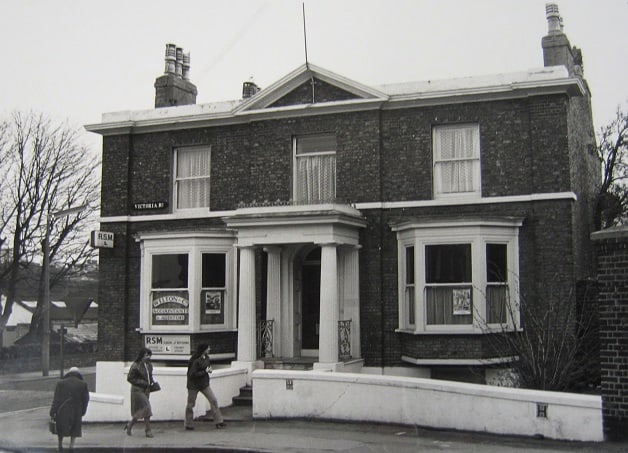 There was also Ray’s School of Motoring. The 1975 photo shows the RSM sign on the wall of the house. Perhaps the poster in the window is something to do with a music event.

This summer, Addington House will be available to book for holidays.