“Clay has given me a key to life,” says Ramsgate resident Philip Downs of his hearing dog.

Dad-of-two Philip has 20% hearing after suffering from mumps which resulted  in damaged  nerves when he was just six.

Despite completing a horticulture course at Hadlow College, and being awarded student of the year due to his determination to succeed, Philip has faced barriers in employment and socially due to hearing loss.

The 56-year-old says employers have cited health and safety, such as being unable to hear warning alarms, as reasons not to take him on. He also confesses that he avoided going out because he felt ‘awkward’ and people would think he ‘was strange.’

That soul-destroying situation was compounded by the break up of his marriage eight years ago and the realisation of how isolating life could be alone with lack of hearing and low confidence. 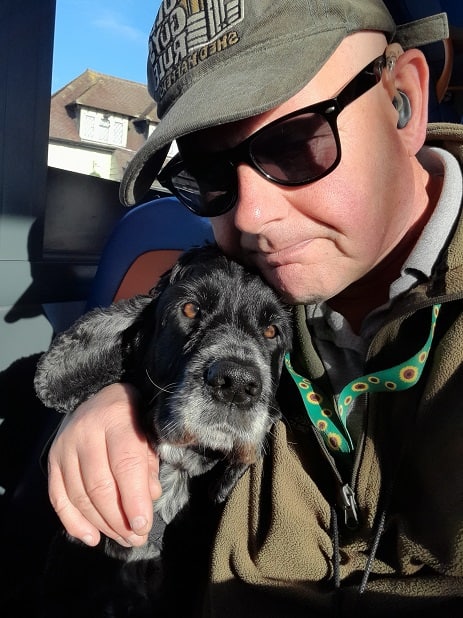 But five years ago show cocker spaniel Clay came into Philip’s life. Clay is a trained hearing dog – a process that costs around £25,000. The Hearing Dogs charity carries out the training in two stages. The first year the pup lives with a volunteer to learn basic training and obedience, as well as learning about the world around them. Then in advanced training puppies are taught how to recognise sounds and alert people about them. 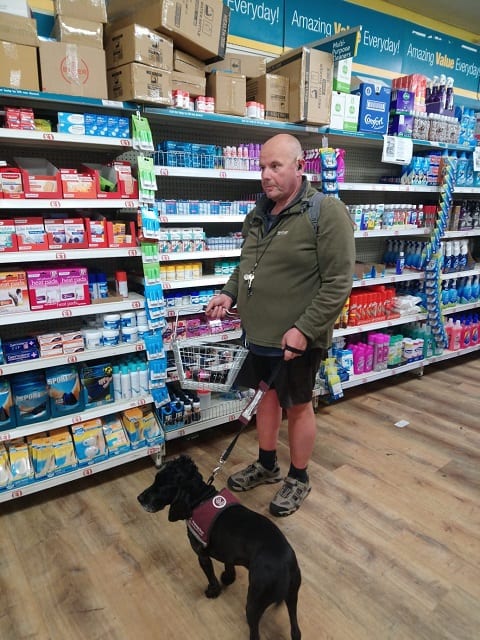 The dogs recognise life-saving sounds like the smoke alarm, and important sounds such as the alarm clock and even baby monitors. Character is also assessed, being a canine companion to a deaf person who might be feeling very alone is as important as the practical day-to-day help that a dog offers.

Philip said: “I was in quite a dark place before Clay. I felt very fragile. I’d have panic attacks, lack of sleep. I felt on the edge. I was also very lonely.

“You’re alone inside this silent bubble. A hearing dog breaks that bubble. Clay changed me. I’m a different person, a better person.”

Having Clay in his life has also helped with the pressures of the pandemic lockdown.

Philip struggles with not being able to lip read or recognise people because of face coverings but says Clay gives him the ability to cope.

He said: “Before lock down I could understand conversations by lipreading but masks are horrendous. I find it difficult to recognise people or understand them.”

Despite these difficulties Clay has given Philip his life back.

Philip said: “Clay has given me a key to life. Before I found it really difficult to function confidence wise, even just shopping. Now Having Clay beside me with his official Hearing Dogs coat on is a constant reminder to people that I’m deaf and that makes a huge difference to people’s awareness.

“Clay has put me back together and I can’t imagine life without him.”

Find out more about Hearing Dogs for Deaf People and the work done by the charity at www.hearingdogs.org.uk/