Thanet council leader Rick Everitt has resigned from the position.

The Labour Party leader has quit the role just as a Conservative motion to remove him was due to be heard today (April 22).

The move means deputy leader Helen Whitehead will take up the leadership position temporarily until a vote can be taken.

The motion was lodged by Thanet Conservative Party leader Cllr Ash Ashbee and says: “In my opinion the Leader has failed to address the major governance issues that have been apparent within Thanet District Council for a considerable amount of time. As a result, I propose the Council removes the Leader of the Council from office.”

Councillors were due to make the decision whether to debate the motion or not.

However, that has now become defunct with Cllr Everitt stepping down.

Cllr Everitt said: “I respect the right of the Conservative group to call this vote, but they have had a year to do so and they waited until two weeks before by-elections for three vacant seats. I cannot say what the outcome would have been tonight and I cannot predict who will win the by-elections, but I am very clear that it is undemocratic and wrong to try to deny the voters of Central Harbour, Dane Valley and Newington wards their proper say in who runs the council in such a way.

“Earlier this week, I offered the Conservatives a compromise under which their motion would be heard at an extraordinary meeting on May 13, one week after the by-elections. They could have taken this opportunity if they genuinely believed there was any urgency to make a change or any real justification for it except numbers, but they declined.

“It is clear that the only urgency they felt was to try to get in before these voters had their say. Consequently, I have resigned, solely to prevent that happening, and a date for an additional ordinary meeting which can elect a new leader is likely to be decided at the annual meeting next month.

“In the interim, my deputy Cllr Helen Whitehead will assume the responsibilities of leader and the Labour administration will continue. It is important to say that she has my complete confidence and, I believe, cross-party respect on the council. She will have my total support and that of cabinet.

“It has been a privilege to lead the council for the last 18 months, in very difficult circumstances, and I pay tribute to all our officers, my Labour cabinet and members across all parties for the way we have worked together in the pandemic for the benefit of the people of Thanet. The council as a whole has risen to the challenge and I have been proud to lead it at this time.”

In response a Thanet Conservative Party statement has been issued, saying: “We are incredibly disappointed that Cllr Everitt has taken the decision to stand down as leader of the council ahead of an extraordinary council meeting, one which could have resulted in a new Leader of the Council being elected by members.

“Cllr Everitt has shown the residents of Thanet the little regard he and the Labour Party have for the democratic process at council.

“This lacklustre Labour administration has failed to address the serious issues of governance that have been apparent within Thanet District Council for a considerable amount of time.

“Far from respecting the democratic process, Cllr Everitt has sought to undermine the very fabric of our council by undermining the Leaders of other political parties and this will not be tolerated. Residents deserve better and they can anticipate a Conservative administration that will put them first when a vote of the leadership of this council takes place.” 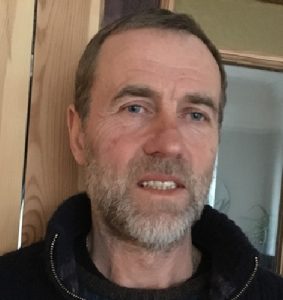 Thanet Green Party leader Mike Garner said: “The recent events at TDC are indicative of the problems which are stopping us focusing on resolving the real issues in Thanet that our residents expect us to tackle.

“While we might agree with Cllr Ashbee that there are major governance issues to be resolved, we were disappointed that she waited until 2 weeks before 3 key TDC by-elections and the KCC elections before trying to do something about it.

“The residents of Thanet expect and deserve better from us. We should be able to work together, across party, not just to resolve the governance issues but to make sure we have a council fit for purpose working to improve the lives of the people of Thanet.

“Our already overstretched services need to be maintained and improved and we also need to pay more attention to protecting and enhancing the area’s green spaces. None of this is going to be easy but we have to move away from antagonistic politics and focus more on collaboration and cooperation that puts the people and places in Thanet first.”