An outline proposal for 450 homes on arable land in Margate will have to go back to the drawing board after councillors voted against moving forward due to concerns, including the lack of affordable housing. 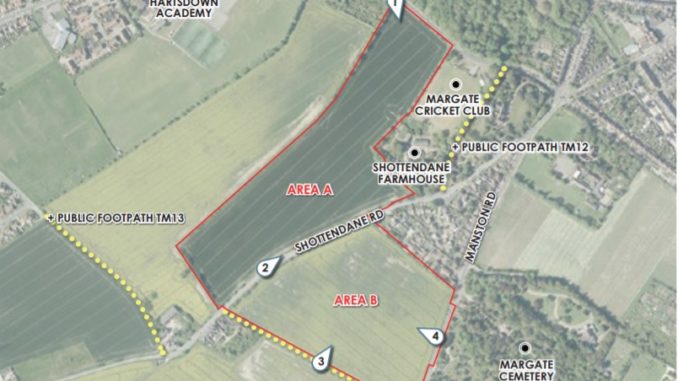 But, despite the land being allocated for housing in the Local Plan, seven of 13 councillors on the planning committee rejected the recommendation to defer the decision to officers. Another two councillors abstained with just four voting in favour.

Concerns were raised about the impact on medical services – with Thanet already suffering from a shortage of GPs and hospital staff – extra traffic despite planned road improvements and the building on agricultural land which is also at risk of flooding.

The main issue for councillors, however, was the reduction of affordable housing from 30% to just 10%.

Planning manager Iain Livingstone said the reduction was considered fair because of the cost and complexities involved with the site which resulted in an exclusion area to preserve archaeological finds, areas which would be green space because flood risk meant housing could not be built on those spaces and extra costs for the link road and junctions work. A viability assessment said the development would be at a ‘deficit’ if 30% affordable housing was demanded. 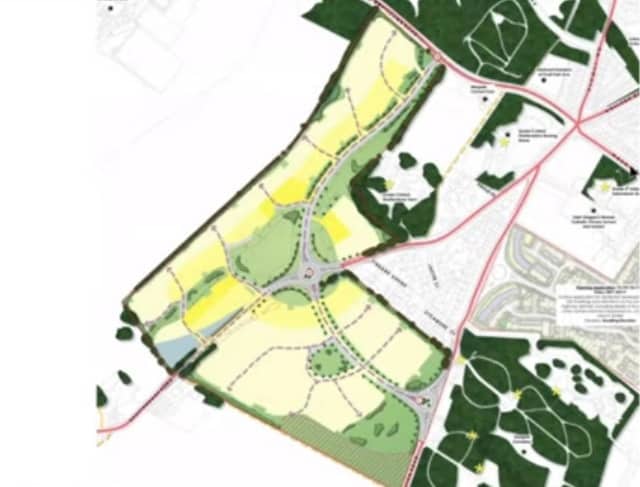 He also raised concerns  that traffic congestion would not be eased significantly around Coffin House Corner and said the use of arable land was something the council had “no choice” over due to government house building targets.

Cllr Pat Moore was blunt in her opinion that 10% affordable housing was not good enough and questioned why that housing comprised of 24 out of the 28 two-bed flats in the plan.

She added: This development is not for local people because no-one can afford them.” In response to Iain Livingstone’s comments that the site was already allocated in the Local Plan and the councillors were making a decision purely based on access she said: “If we have to agree or defer this to officers, why have we had to have this meeting? I won’t be voting for it, we are being taken for a ride.”

The plans had been called in by Salmestone ward councillor Candy Gregory and both she and fellow councillor Pauline Farrance spoke against the development saying an extra 450 homes would create far too much pressure on health services. A developer contribution of £338,000 to health bosses would still not attract medical staff to Thanet, they said.

Cllr Farrance said: “The Limes in Margate has approximately 5000 patients per GP, compared to a national average of 1800.  This proposed development, plus the other new 250 houses in Salmestone, is in The Limes catchment area. They say there will be 1080 new patients – based on an occupancy of only 2.4 people per dwelling?  The developers can contribute to an extension at the Limes.  But how are they going to recruit more doctors?!

“We should also remember that one of the main ‘arguments’ for taking the stroke unit away from Margate was that they were unable to recruit suitably qualified staff in Thanet, not to mention the fact that many other services are being removed from QEQM.

“We simply cannot agree to our population increasing overall by up to 50,000 people, without any more medical provision.  We must insist that the Kent and Medway CCG take action to address the shortage of GPs in Thanet, before any more housing developments can be agreed.”

Neither councillor was entitled to a vote as they are not planning committee members. 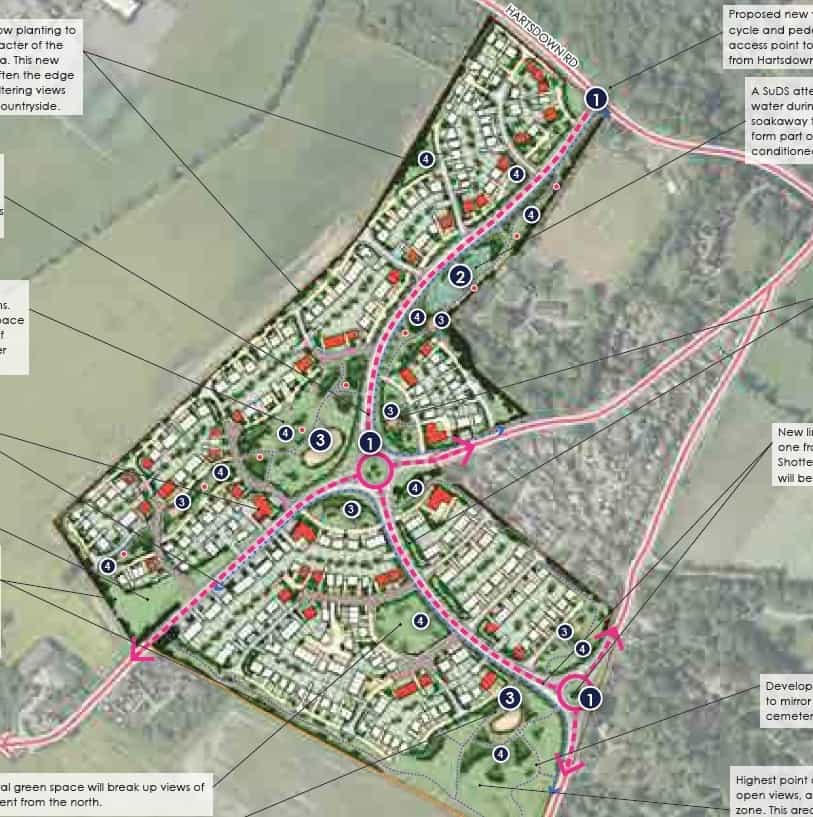 An objection submitted on behalf of the Westgate & Garlinge Action Group said the highways proposals carved up even more land belonging to a farmer who had not even been consulted over the plans.

Mr Livingstone said two reviews would take place during the development which could mean additional provision for off-site affordable housing being demanded at a later date. It was not enough to convince the committee.

The vote to defer the decision to planning officers to approve was rejected. Instead councillors voted in favour of the plan being brought back to committee after Gladman and Thanet council had agreed on alternatives proposals for affordable housing.