I’m not one for shopping. Wandering around shops, being surrounded by people, having to look at things I either can’t afford or don’t want or have no need for and sift through to find something within my budget that I might feel inclined to buy is not an activity I would choose to undertake. In all honesty, I dislike it.

I’m not talking about going to buy a specific thing. If, for example, I would like to own a certain book, then I would go to a bookshop and exchange money for said book. I would have heard about the book prior to my visit and perhaps other than peeking at the first page to confirm my interest, I would likely have already decided to buy it.

What I am talking about is shopping as a pastime.

For many, going to the shops is an exciting prospect. Milling around and looking at potential purchases for no reason other than to look and possibly buy, but without a set plan in place beforehand, apparently qualifies as fun.

As the concept of shopping is fairly close to what I imagine purgatory to be, I found myself strangely conflicted the other day at the prospect of undertaking that very activity. I realised that it’s been over a year since I went to a shop that wasn’t a supermarket or convenience store, and even those visits have been as rare as I can make them, but that means it has been over a year since the toddler has been.

By the toddler, I am referring to my offspring who is approaching their second birthday. Said toddler accompanied me to a supermarket a few weeks ago out of necessity, and so we took a stroll down the toys aisle. The reaction was positive and very vocal, and it gave me pause for thought. Perhaps the toddler was overdue a trip to a toy shop, as although I dislike shopping, it’s not fair to impose that opinion upon a small child.

So this week, as shops have opened up again, we went toy shopping. 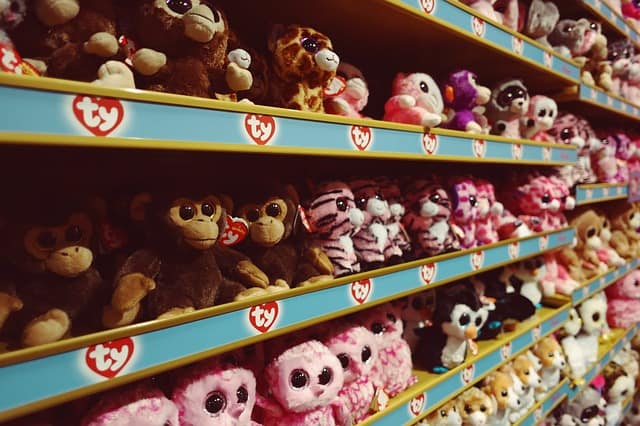 The trip was clearly a highlight for the toddler, and resulted in the purchase of a small push-along lawnmower which was by far the most exciting thing the toddler had ever seen that was suitable for under-threes. This was in competition with an alternative push-along item, some farm animals, a plane, wooden building blocks, a steering wheel, and the Cookie Monster.

What I found bizarre, though, was one aisle in this toy shop was dedicated to girls’ toys. I could tell because it was pink. The next aisle, which had boys’ toys, contained most of the aforementioned items. All the packaging was different colours and it was a vibrant space for a child to be in. The girls’ aisle was entirely dolls, plastic babies, small prams, and fake hairdryers, but all were indistinguishable due to being boxed in the same bright shade. 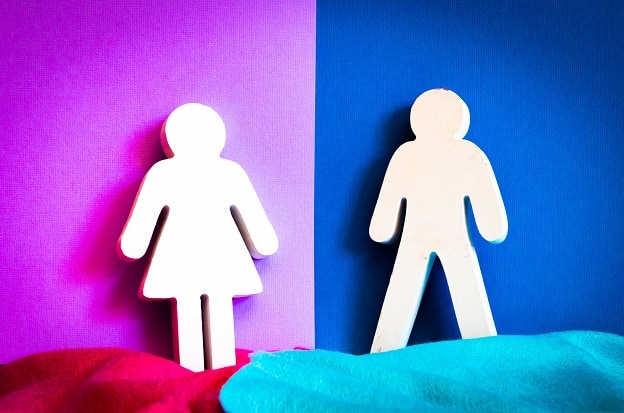 There’s nothing wrong with pink, nor is there anything wrong with dolls, plastic babies, small prams, and fake hairdryers, but what’s stopping a boy playing with those? Why wouldn’t girls want to play with farm animals, planes, building blocks, steering wheels, and the Cookie Monster? Why do toys need to be split up according to outdated and likely harmful gender stereotypes?

I remember when I was a child avoiding the girls’ toys aisle because it was for girls, not boys. It was pink then. I’m in my mid-thirties now, and it’s still got the same stuff in, and is the same colour.

What I find particularly ridiculous is that as a parent, my main concern is buying age-appropriate toys. I don’t want choking hazards or things that are simply too complicated for and almost-two-year-old, I want safe and usable toys. It is strange, then, that in a shop full of age warnings, toys are not particularly well segregated by age at all, only by poorly conceived gender stereotypes.

I want to bring my toddler—whose gender I am not going to mention—to a toy shop and have them free to decide what toys to buy based on what the toys are, not on their intended gender recipient. The toddler picked a lawnmower, but almost went for a doll-sized pushchair. Is one more for boys and the other for girls? From the packaging and shop layout it appeared that way, but in reality either are for both. In fact, the only real issue is whether what my toddler points at or picks up is safe and age-suitable or not. 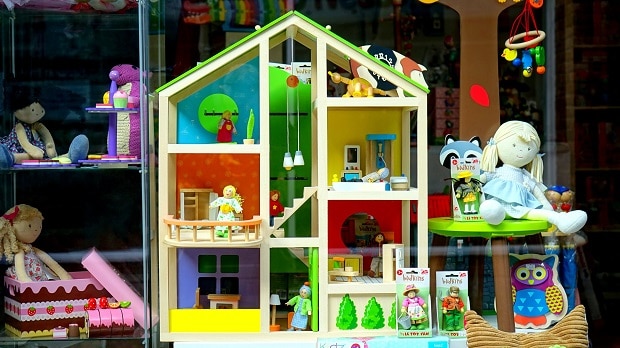 Separating “girls” toys from the rest implies that boys are the baseline—the standard—and girls are an oddity. This is not good for either, and it is a fairly recent trend. Separating the genders by blue and pink came about in America the mid-20th Century, and initially pink was for boys due to it being a softer version of red, which was a common sports team colour, whereas pale blue was for girls as it was a infantile variation of the blue worn by the Virgin Mary in Catholic imagery. Pink only became a “girl” colour after Dwight D. Eisenhower became President of the United States in 1953, as his wife Mamie wore a pink inauguration gown. It was only after this that the practice was imported to Britain.

Studies at Arizona State University have shown children like toys that are coloured within their gender category, specifically because those colours fit in with the aisle in the shop. If that is all children have ever seen—toys in their own gendered group—then of course they will want new toys to conform, and rebelling against them results in lowered performance in academic and scientific areas. By gendering aisles, toy shops are creating barriers for children before children even know what barriers are.

I appreciate there are a lot of other issues present at the moment, and this little column in the local paper isn’t going to change the world. I still dislike shopping, perhaps more than ever, and maybe my gut instinct is right: not visiting a toy shop could be a really good thing for the toddler, after all. It means they will not be constrained by decades-old gender expectations, but instead be free to play and have fun without limits. The toys they choose are up to them, and so they should be.