Life in the trenches in World War One tested the resilience and spirit of a generation of young soldiers.

More than a century later children at Upton Junior School in Broadstairs have been exploring what is was like to be in the heart of battle, dug in and waiting for the next campaign order.

Guiding the Year 3 boys and girls through their historical adventure is a text called You Wouldn’t Want To be In The Trenches In World War 1 by Alex Woolf, which they are studying in English.

The story is set in August 1914 when 16 year old Tommy Atkins is removed from his life in London to the war in Europe, and it encourages young readers to become emotionally involved in his world, from sharing his bed in the trenches with rats and lice to a diet of bully beef, bread and biscuits. 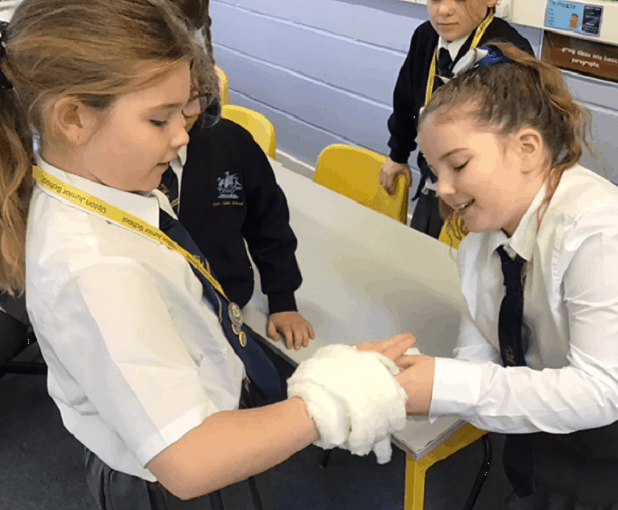 Head of Year 3 Lauren Watmough explained: “Using this text, our girls and boys have been learning about the features of a non-fiction text, using persuasive writing features (such as creating their own propaganda posters), describing life in the trenches, and telling a story from a different perspective such as from a rat.

“The children have also created and performed a repeated pattern poem about the trenches using sensory experiences of touch, smell and sound. They have written a letter home from the point of view of the character Tommy.”

They also created trenches in their classrooms and acted out different roles that the soldiers would take part in including playing cards, eating, cooking, sleeping, being on lookout. 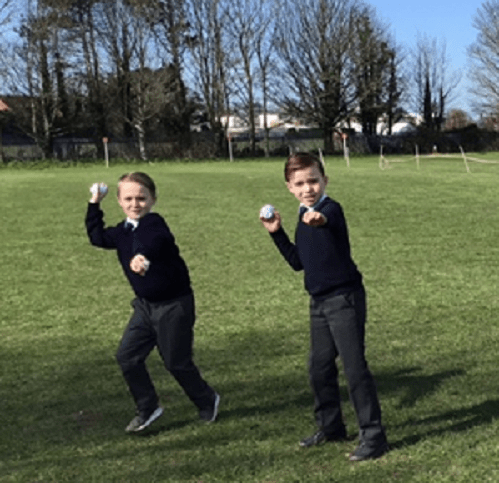 Pupils also learned about the training new recruits had to take part in and then took part in these different activities which included marching, basic field training, learning how to bandage a wounded soldier, physical fitness and how to protect themselves from a gas attack by putting on a gas mask.

To experience another part of the soldiers’ routine, they created their own simple biscuits. 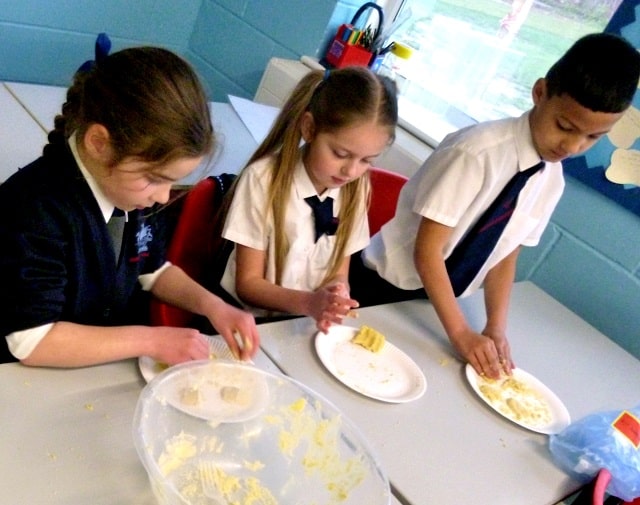 As well as encouraging them to follow a set of instructions, the baking challenge highlighted the importance of hygiene as they only touched their own creations, and the exercise also linked into Maths using fractions to divide ingredients and ensure everyone had an equal share. 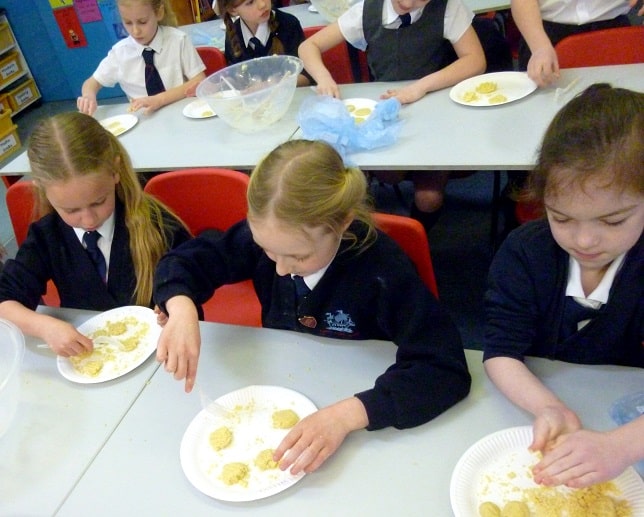 Miss Watmough added: “The children thoroughly enjoyed making their biscuits and were pleased to find out that theirs weren’t as hard as the ones they read about. They took their biscuits home and the reaction was that they were very tasty.”

Head of School Darci Arthur said: “This is an example of multi-faceted learning around a thought-provoking text that put children at the centre of the narrative. English, History, Maths learning, and culinary hygiene and baking skills all expanded from this evocative story. It is an exciting way to learn.”