It is the second birthday in covid restrictions for Lilian at the residential centre that is built on the Melbourne Avenue site of the former Newlands infant school where Lilian worked for some 21 years.

She married Ramsgate man Horace Redmond on June 2, 1945. Horace was a Royal Navy chef during World War Two but once he was demobbed in 1949 the couple moved to Ringold Avenue in Newington.

For Lilian this meant a change from a two-up, two-down in the Welsh valleys to a three-bed semi-detached with an indoors bathroom.

The new home was  perfect for the couple and their three children. There was a playground opposite and the Newington infant and junior school were later built next to the house.

Horace worked on the Pullman train out of Ramsgate and Lilian was a housewife until 1960, when she started as a part-time cleaner at the infant school.

Horace passed away in 2006 but Lilian’s children Geoffrey, Elaine and Michael and their partners live nearby and visit frequently.

The infant school building was demolished and Copperfields Assisted Living Housing opened on the site in 2016.

Lilian moved in when it opened and has lived there very happily since.

The nan-of-six has successfully beaten a covid infection and is Copperfields’ oldest resident.

Lilian’s daughter-in-law Christine, who is married to Michael, said: “Since the age of 28 when Lilian moved from Wales to Ramsgate with her husband in 1949, she has lived, brought up her three children, worked and played bingo, all within a quarter of a square mile of her family home of 67 years! Five years ago she moved just across the road to her residential care home flat in Copperfields.” 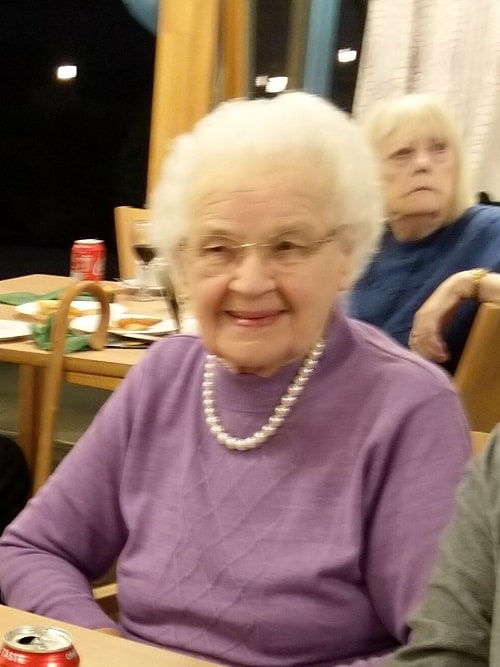 Jilly Ward, who is a Copperfields resident and neighbour of Lilian’s, said: “I met Lilian five years ago when we were amongst the first group of residents to move into Copperfields. Lilian has always been the oldest resident and its especially exciting for us at Copperfields on Lilian’s 100th birthday.

“She is an inspirational lady and a well-known figure around Copperfields.

“Lilian is always cheery and only ever has kind words to say. She enjoys her bingo and very soon will be enjoying it again. She is a wonderful  lady to share a yarn with.

“All the staff and residents here are all pleased to be sharing this special day  with her.”

17 January – The first recorded public performance of the illusion of “sawing a woman in half” is given by stage magician P. T. Selbit at the Finsbury Park Empire variety theatre in London.

20 January – Royal Navy K-class submarine HMS K5 sinks in the English Channel with the loss of all 56 crew on board.

16 February – Unemployment now stands at over 1,000,000. The Government announces an increase in unemployment benefit.

11 March – Queen Mary becomes the first woman to be awarded an honorary degree by the University of Oxford.

31 March – The government formally returns the coal mines from wartime control to their private owners, who demand wage cuts; in response, the Miners’ Federation of Great Britain calls on its partner trade unions  to join it in strike action

26 April – Police patrol London on motorcycles for the first time.

3 May – The province of Northern Ireland is created within the United Kingdom under terms of the Government of Ireland Act 1920.

25 May – Irish War of Independence: the Irish Republican Army occupies and burns The Custom House in Dublin

10 July – Bloody Sunday: clashes between Catholics and Protestants in Belfast

9 September – Charlie Chaplin visits London and is met by thousands.