Crack cocaine was seized and two suspects were arrested when Kent Police carried out a raid at a Ramsgate property yesterday (March 22).

Officers from the Divisional Support Unit and the Thanet Community Policing Team carried out the warrant under the Misuse of Drugs Act at a flat in Kennedy House tower block in Newcastle Hill. 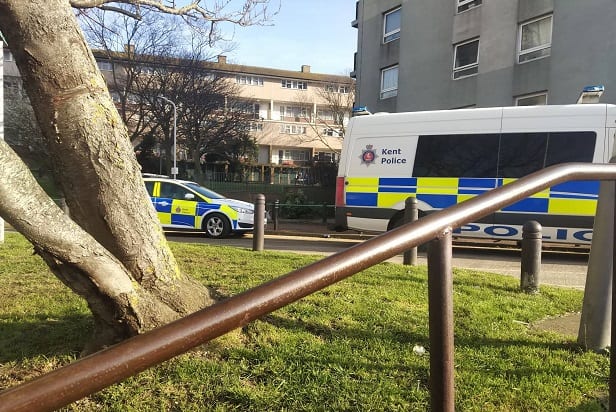 A number of wraps containing crack cocaine were recovered during the search.

A 23-year-old man from Ramsgate and a 16-year-old boy from Margate were arrested on suspicion of possessing Class A drugs with intent to supply. They have been released under investigation while enquiries continue.