Margate residents have been writing speeches to be delivered at The People’ s Podium – a national project first created in April 2020.

The People’s Podium is a playful twist on the government lectern used in coronavirus briefings. Brightly-coloured and eye-catching, it’s designed for people to recognise the power of their voice and deliver their own ‘briefing’.

Victoria Barrow Williams from People Dem Collective shared her dream for a ‘National Cultural Centre in Margate that celebrates Black British history’. Drag artist Dame Jame spoke about the importance of queer education and Alexander Roarke, who runs The Kitchen CT9 with wife Anne, spoke about people who have moved to Margate -including the DFLs aka Down From London)-integrating with Margate locals. 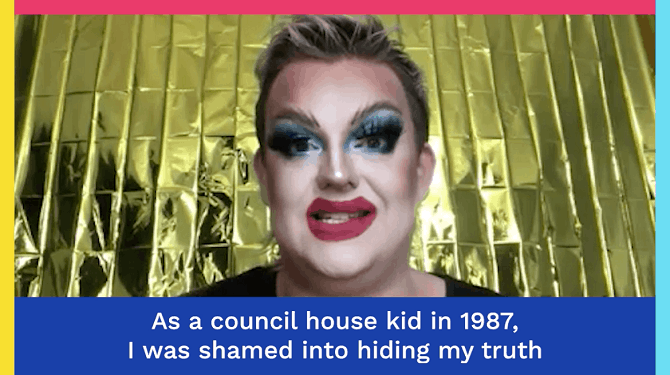 The speeches were recorded over Zoom, but the physical podium will be coming to Margate when restrictions lift, giving people another chance to share their story.

The project was organised by Margate based Experiential Designer Jess Hall with creative collective Glimpse. Jess saw the project online and nominated Margate to be part of it because of its deep sense of community.

Jess said: “I felt it was so important to bring this project to Margate – a true melting pot of amazing people and somewhere I feel like anything is possible… especially people powered change. A place I am fiercely proud to call my home.” 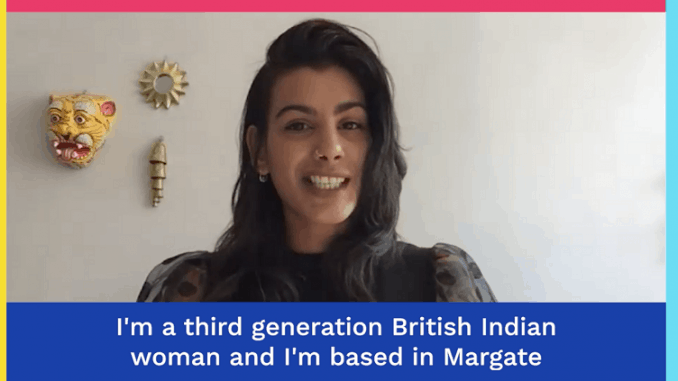 For lots of the participants, it was their first time making a speech. Amy Cook from Rise Up Clean Up was nervous to take part as she normally works behind the scenes as theatre designer. But everyone in the group saw the value in speaking up and using their voice.

The People’s Podium is a national project and will be touring the UK this year. Margate will be the first stop, followed by Redcar and Leicester.

Find out more about The People’s Podium here