A serving police constable has appeared in court for a second time after he was charged with the kidnap and murder of Sarah Everard.

A provisional trial date has been set for 25 October. A pre-trial plea hearing has been scheduled for Friday, 9 July.

A woman, aged in her 30s, who was arrested at the same time as Couzens on suspicion of assisting an offender, has been released on bail to return to a police station on a date in mid-April.

The 33-year-old marketing executive had been at a friend’s house in Clapham on the evening of Wednesday, 3 March. At approximately 9pm she left  and began walking to her home address in Brixton. She had not been seen or heard from since then and a police operation was mounted.

On March 9  officers arrested serving Met Police officer Mr Couzens at an address in Deal in connection with the disappearance of Sarah.

Police searches were carried out in Deal, Dover and the Great Chart area near Ashford where Sarah’s remains were found

A post-mortem examination was held on Friday, 12 March at the William Harvey Hospital in Ashford. The results were inconclusive.

The investigation continues and is being led by Specialist Crime Command detectives who are drawing on expertise and skills from hundreds of colleagues across the Met. They are also being supported by Kent Police. 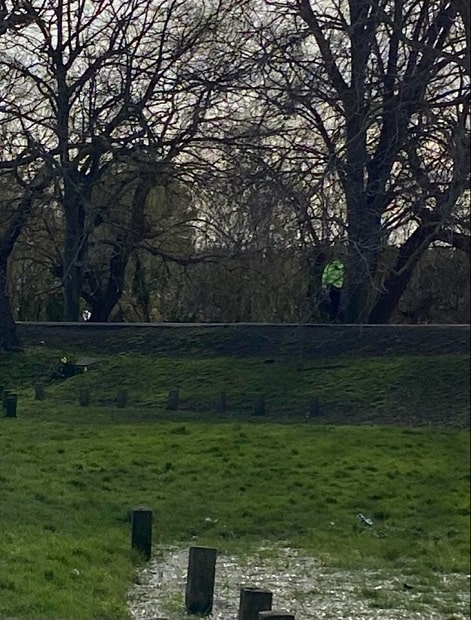 Teams have been in Sandwich since Sunday as part of the investigation. Police officers cordoned off a large area in town,

Sandwich Town Council alerted residents to the cordoned area and passed on a police request for residents not to gather in the area.

Police cordoned off the Rope Walk between Malcolm Waites Garage / Cow Leas Meadow and all the way through the town.

A search of a recycling bin by the town’s Co-operative is understood to have uncovered a piece of clothing that may be linked to the investigation. A piece of jewellery was also found in the town and taken away by officers.

Divers from a specialist Devon and Cornwall Police team were also drafted in to help with the search.

On Friday, 12 March, the Met’s Directorate of Professional Standards was made of aware of an inappropriate graphic that was allegedly shared via social media by a probationary MPS police constable with some colleagues. The sharing of the graphic was reported by a number of these officers who were concerned by its content. 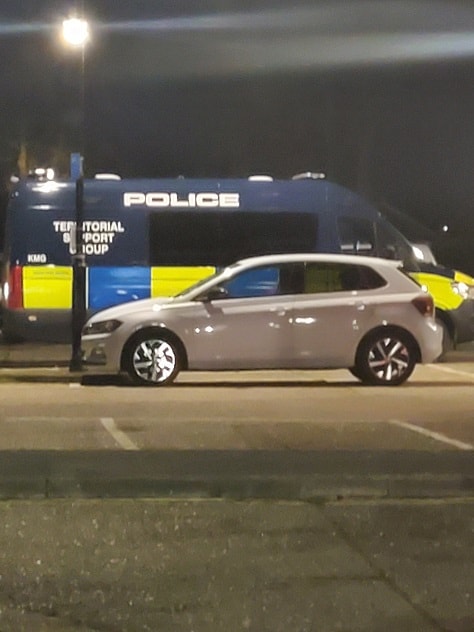 A voluntary referral has been made to the Independent Office for Police Conduct in relation to this matter. The PC had been deployed as a cordon officer supporting the search operation in Ashford. He has been removed from these duties and placed in a non-public facing role while enquiries continue.

The graphic does not contain photographic images, no images of Sarah, nor any other material obtained from or related to the investigation into Sarah’s murder.

Sarah’s family have been made aware of the incident.