Kent Police officers have been called to a two car crash in Broadstairs today (March 15).

The collision took place at the Broadway at around 1.40pm. Officers attended the scene where damage had been caused to the vehicles and some railings. No injuries were reported. 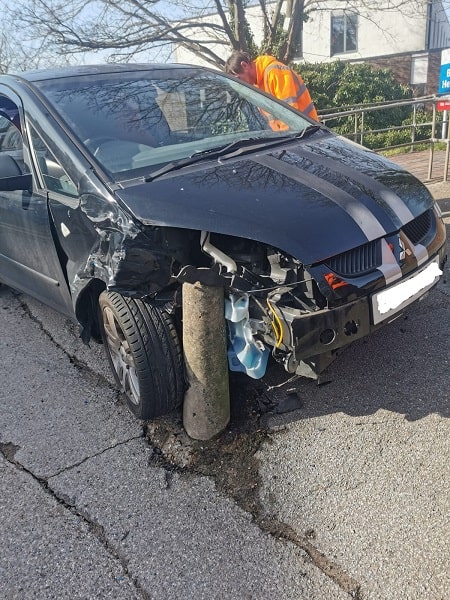 A witness reported an elderly couple in one car who were shook up but not hurt.