British Diver Marine Life Rescue medics have been very busy today (March 14) with calls to check the welfare of two seals in separate incidents in Ramsgate and in Minnis Bay.

The first call out came at 7.29am for a seal check at Ramsgate beach. Two medics went to the scene and found it was the same male common seal from Dumpton Gap the day, which had been marked with blue spray. 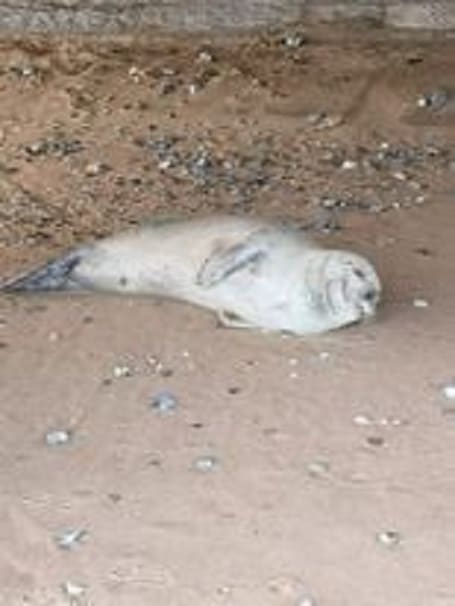 As the tide came in the seal, weighing around 60kg, moved further up the beach until it was able to strand above the tide line under the shelter on the beach opposite the new Royal Sands development.

With the help of the police, the medics cordoned off the beach to allow the seal to rest undisturbed. A team was put together and the seal was monitored throughout the day until it returned to the water just after 6pm.

Later this afternoon, another call was put out for a stranded seal at Minnis Bay. Two medics left Ramsgate to attend. They joined two others at the scene who found the pup stranded on the rocks. The seal was manoeuvred carefully off the rocks and bagged and weighed. This seal was a male grey pup weighing in at 30 kgs. He had no injuries so was released and made his way back to the sea. 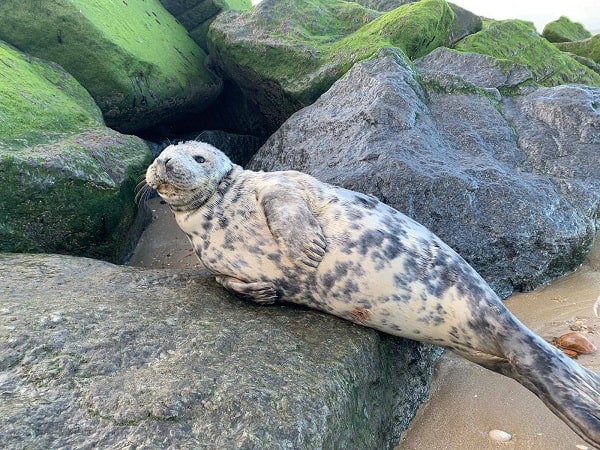 Medic Sheila Stone said: “This does not mean that we have poorly seals, more the opposite. Our seal colonies are very healthy and their populations are increasing.

“We have a similar percentage of rescues every year, but because the population has grown, this means the number of strandings have increased. With the raised awareness in the area and the social media presence we are receiving more and more calls.

“BDMLR would like to thank the public for their continued support and be assured that we will try and attend all call outs. All medics who attend to the animals are volunteers.”