After the death of her baby 14 weeks into her pregnancy, distraught Margate mum Shelley Harlow faced yet more horror when the tiny foetus was unknowingly left inside her bloodied trousers on the hospital floor, which were then given to her mother Wendy to take home.

The ‘miscarried’ baby was discovered floating in the bath when Wendy put the clothes in the tub to soak.

In a shocking catalogue of events, Shelley endured a wait of several days before she went into hospital to medically ‘miscarry,’ then her tiny foetus was left unnoticed inside her trousers; a second ‘baby’ placed in a hospital crib was later confirmed as part of her placenta and she almost died after hemorrhaging 2.8 litres of blood.

After that horrific experience followed weeks of uncertainty for Shelley and Keiron as genetic testing was carried out to ascertain whether they had lost twins or whether there had been just one baby. Shelley also feared she had been given a hysterectomy during surgery to save her life and, due to a delay in records being updated, only discovered this was not the case following a later meeting with hospital staff. 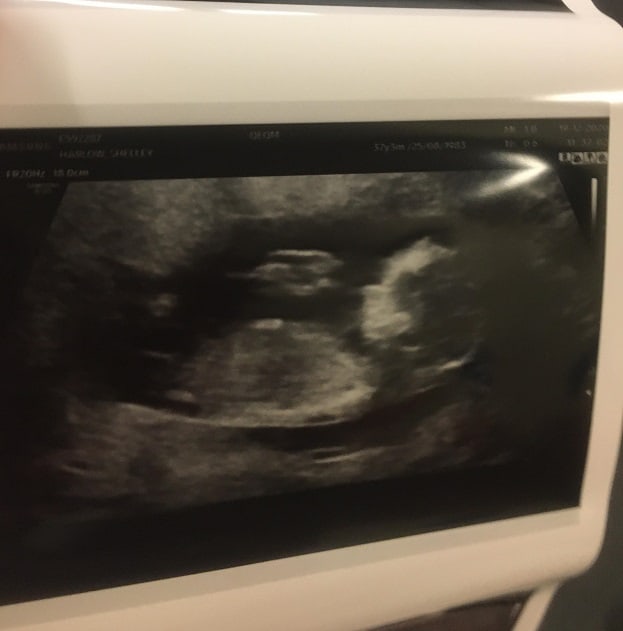 Shelley, who has three children aged 10, 8 and five, and her partner Keiron Heathcote say they are still shell-shocked by the whole experience which is now subject of an investigation by East Kent Hospitals Trust.

The 37-year-old said: “When I finally had a scan I was told my baby had passed away and that they would put a plan of care in place and contact me with details.

“The next day – a Saturday – I got a call to say they were not sure what department should be taking over the aftercare to arrange delivering the baby and they would call me on Monday.

“They said they would give me a pill at some point 48 hours before admission to help my body register what had happened.

“I then called on the Monday to chase up my care plan and they said I had to attend on the Tuesday to take the pill and go in to deliver on the Thursday.”

At the hospital Shelley was eventually booked in to be given hormone tablets. It was at this point that the situation went horribly wrong.

She said: “The midwife read out of a book how often the tablets should be administered. An hour after that my waters broke and I started bleeding dramatically. I had to get undressed and the midwife said she had checked my trousers to see how much blood was there.

“She threw my clothes, screwed up, on the floor. I was still bleeding a lot so they called another midwife and she said it looked like everything had passed.

“They put the ‘baby’ in the crib and let us see it but I was still bleeding badly.”

Shelley was rushed into theatre due to the haemorrhaging which took some two hours to stop. She was then given a blood transfusion.

After returning to the ward she heard a midwife raise a query over the size of the ‘baby’ in the crib saying it was what  would be expected of a foetus at around 7 weeks and not 14 weeks.

Shelley said: “Something was a bit strange but this was not discussed with us at first. My mum had taken the bag with my trousers home and took them out to wash the blood off. Because there was so much she put them in the bath and when she looked there was a little baby in the water. Mum thought she was seeing things so she asked my partner to look and he confirmed it.

“He rang and told me so I asked the midwife where my baby was and she said ‘in the mortuary’ so I asked her to explain why there was a baby in my bath.”

Both ‘babies’ were then sent to London for the genetic testing, leaving Shelley and Keiron believing they had lost twins until the results came back several weeks later.

Shelley said: “I want answers as to why I was not offered a D&C (dilation and curettage -a procedure to remove tissue from inside the uterus), why I was forced into giving birth, why I haemorrhaged and how the baby was completely missed in my trousers when they supposedly checked them.

“They messed up and nearly killed me in the process. It has been very emotionally and mentally as well as physically damaging.

“I will forever be thankful that they saved my life but they should have looked at procedures and risks first then it may not have happened. It isn’t them that has to live with the mental and physical scars.

“I feel I need to raise awareness so no one else suffers or is made to feel afraid to ask questions or to ask for different staff. This nearly cost my three kids their mum.” 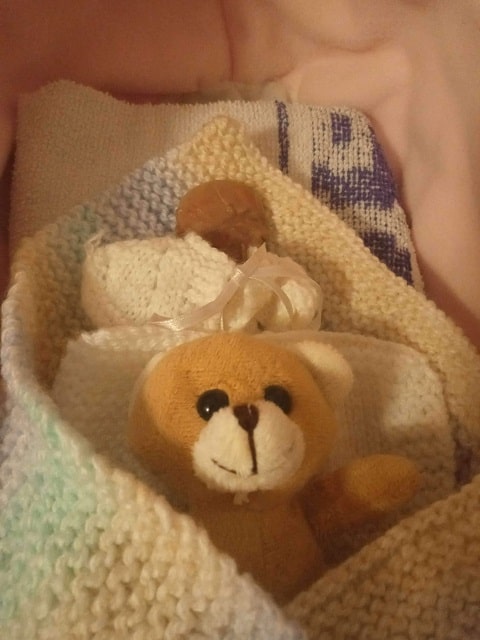 Shelley says that during a meeting with hospital staff mistakes were admitted and it was said a consultant had made a wrong judgement. Some extra measures are expected to be put in place by the Trust.

She added: “We are still quite upset. We were told that if we tried again I would be treated a lot differently but it should not be like that. This is something  I would not wish on anybody. It has certainly knocked me and Kieron, it was his big dream to have a family of his own, a child to love and cherish unconditionally, but hopefully in the future that will work out.

“It has also hit my three children and those close to us but we’re thankful for those who have been there to support us.”

Shelley says she still is unsure whether the genetic results stating that there was only one baby are correct because of her terrible experience. She added: “I just need to know why it happened.”

Hannah Horne, Head of Midwifery and Gynaecology at East Kent Hospitals, said: “We offer our heartfelt condolences to Shelley and her family on the loss of their baby, and are deeply sorry for the distress they have experienced as a family.

“We are working with Shelley and her family on an investigation into what happened.”

A funeral for the couple’s baby will be held on Monday (March 15).