Two families who lost their babies due to admitted failings at QEQM Hospital will also now be represented at inquest on a pro-bono basis by Fairweathers solicitors.

Rachel Higgs and Andrew Batten -parents of Archie Batten – and Laura Cooke and Vlado Gavrilescu parents of Luchii Gavrilescu had received representation on a conditional fee agreement but after the Trust admitted for negligently causing the deaths of Archie and of Luchii that could no longer be continued.

In a statement Fairweathers said: “Liability has been admitted by the Trust for negligently causing the deaths of Archie and of Luchii.

“Whilst this is welcome it prevents us from continuing to represent the families at the ongoing Inquest under the Conditional Fee Agreement funding that is in place. The Trust has refused to fund representation for the families, despite the fact that the Trust itself is fully represented by very experienced lawyers, as are the 4 midwives joined as interested parties in Archie’s case.

“This left us with a huge dilemma. As a relatively small law firm, with limited resources, representing both families pro bono (free of charge), including not just the preparation for the Inquests but also the advocacy at both hearings, lay beyond our reach and it looked as if we were going to have to withdraw from both Inquests and perhaps ask that the families be excused from having to participate as Litigants In Person.

“Then 7BR came to the rescue. The chambers has a long and proud history of pro bono work and here the two barristers assisting the families with the civil cases have volunteered their services free of charge for the Inquests without hesitation.”

Laura Cooke and Vlado Gavrilescu lost son Luchii at 6 weeks old following a failure to diagnose and treat both Vlado and Luchii for tuberculosis. Luchii was brought to QEQM Hospital twice over four days as a poorly new born, incorrectly diagnosed with bronchiolitis and discharged without treatment. He was brought to hospital for a final time when staff failed to recognise the seriousness of his condition, did not address his deterioration, failed to involve a senior doctor, delayed the administration of antibiotics and made an unsafe transfer without a stable airway, resulting in Luchii’s death. 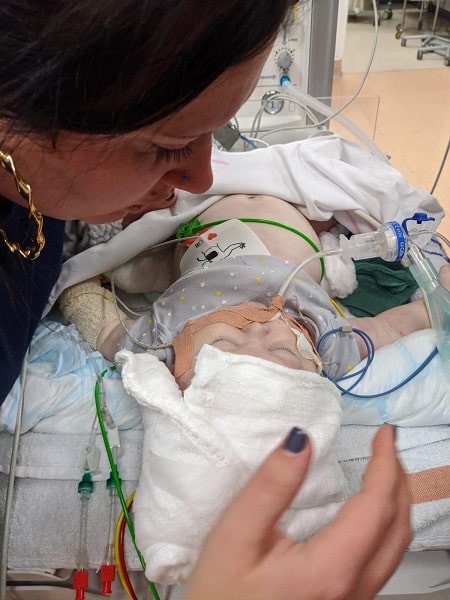 The failure to act on ‘shadows’ evident in a chest X Ray taken at William Harvey Hospital in 2018 for Vlado Gavrilescu led to the catastrophic chain of events with the death of baby Luchii in December 2019.

Vlado’s condition was not identified until the day after Luchii’s funeral in January 2020 and a huge track and trace operation had to be launched for those who had been in contact with the family. 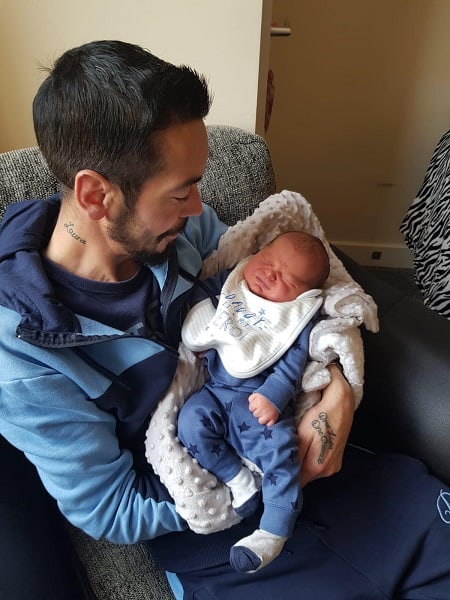 An investigation report by the Trust later admitted blood tests, a sepsis screen and a senior review should have been done at this point, it also highlighted a lack of documentation by staff, missed observations checks, limited advice given to Laura and a failure to take Luchii’s young age into consideration alongside his symptoms.

Initially the family were told Luchii’s cause of death was sepsis but a post mortem confirmed that Luchii had disseminated tuberculosis (TB) with a lymphocytic myocarditis. This means that the TB infection had spread from Luchii’s lungs to other parts of his body. This is an extremely rare, but treatable, condition.

A Root Cause Analysis Investigation Report by the Trust into Luchii’s death made 17 recommendations for change. A RCA report for Vlado, 30, makes a further four recommendations.

Baby Archie died on September 1, 2019, after first time mum Rachel was not admitted to QEQM’s maternity department and instead told to drive to William Harvey Hospital in Ashford. The QEQM unit was ‘diverting’ after a decision was taken to close due to a lack of bed spaces.

Rachel had tried to gain admission to the maternity ward that morning but was directed to the Maternity Day Care Centre where she was examined twice over a two hour period but not admitted on the basis that she was not in active labour.

Solicitors say she and Andrew were assured a room would be kept available for her when she re presented at any time.

But before they left the hospital, at 2.35pm a decision was taken to close the QEQM Maternity Unit, leaving patients needing their services having to ‘divert’ to the William Harvey Hospital in Ashford.

This was not a practicable option as the couple did not believe Rachel could make the journey to the William Harvey, and feared her having to give birth on the side of the road.

They were told that a community midwife would be sent out to see her.

Fairweathers Solicitors say over the next 5 hours, Rachel was seen at home by a succession of four midwives. Fairweathers LLP say they did not appear to appreciate that she had reached the second stage of labour and the baby needed to be delivered.

When Rachel was finally admitted to QEQM there had been no communication between the hospital and the midwives. Archie was delivered but was born in a very poor condition. He managed to breathe independently for a short period but this was not maintained. Resuscitation attempts were ended and he died at just 27 minutes of age.

The Trust admitted the ‘sub standard care’ in a letter sent to the solicitors last July.

Fairweathers is representing a dozen families whose children have either died or been left with serious lifelong injuries while under the care of East Kent Hospitals.

East Kent Hospitals Trust has issued statements of apology to both families and says significant improvements have been made in maternity care. These include increased staffing, including a 24-hour consultant presence at the acute maternity unit at William Harvey Hospital, launching continuity of carer teams to improve outcomes and safety, and building a new, dedicated maternity triage unit at William Harvey Hospital, due to open in March.

Luchii’s Inquest will take place over eight days in July and Archie’s over two weeks most likely in September.