Ramsgate’s Royal Victoria Pavilion will be among the Thanet pubs reopening for outdoor service on April 12.

It is one of the 394 Wetherspoon pubs which will open beer gardens, roof top gardens and patios.

The pubs will be open from 9am to 9pm (Sunday to Thursday inclusive) and 9am to 10pm (Friday and Saturday), although some have restrictions on closing times and in those cases will close earlier.

They will offer a slightly reduced menu, to include breakfast, burgers, pizza, deli deals, fish and chips and British classics. Food will be available from 9am to 8pm seven days a week.

Wetherspoon pubs will not be operating a booking system. Customers will be able to enter the pub to gain access to the outside area and also to use the toilet. Test and trace will be in operation and hand sanitisers will be available.

Thanet’s plethora of pubs and micro-pubs are also getting ready for reopening with brewing resuming at the Four Candles in Broadstairs ready for April 12, and the Lord Byron in Margate preparing to open up its newly transformed beer garden with seating for 80 people and indoor toilets. 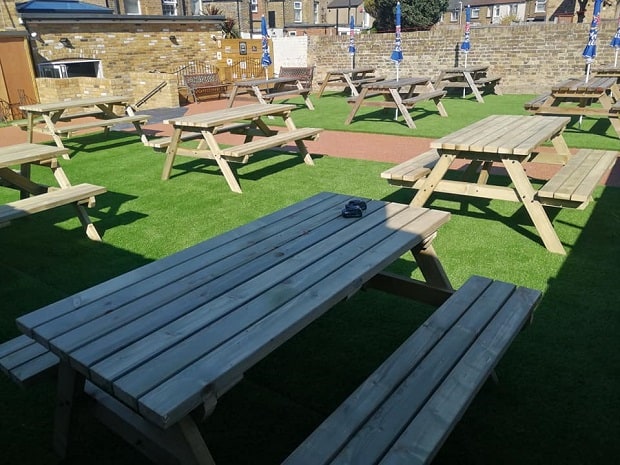 Social distance guidelines will be in place and there will be table service with drinks being ordered via WhatsApp. The Lord Byron will open from midday until 10pm every day.

Shepherd Neame pubs such as the Royal Albion Hotel in Broadstairs will also reopen.

Shepherd Neame chief executive Jonathan Neame has also welcomed the package of measures for the industry announced in yesterday’s budget.

Additional business grants of up to £18k per pub

VAT cut extended to end of September, moving to an interim rate until April next year

Business rates holiday extended to end of June, then discounted by up to two thirds until April next year

Incentives for businesses to recruit apprentices and start investing again 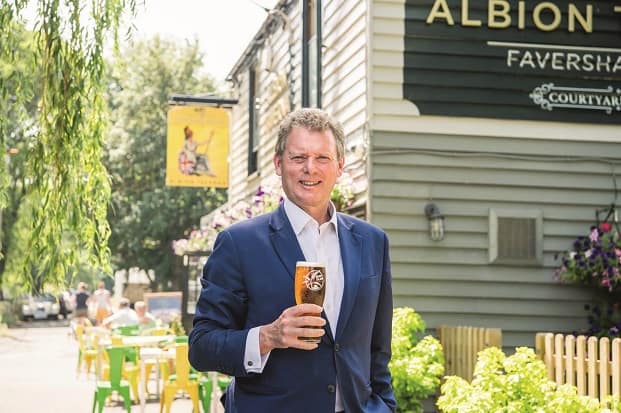 He said: “The hospitality sector has been the hardest hit during the crisis, with 660,000 jobs already lost and an estimated one in 10 outlets closed permanently; cash reserves for many businesses have been depleted to dangerous levels.

“Therefore, we are delighted that the Chancellor has recognised the importance of our industry to the economy, to jobs and our society, and has provided us with a platform on which we can rebuild our businesses, and play our part in contributing to the country’s recovery.

“After a year of huge anxiety and uncertainty, we welcome the clarity provided by these announcements. Our licensees and team members can now look to the future with confidence as we develop firm plans to remobilise and to prepare to do what we love most – opening our doors from April 12 and welcoming you back.

“There’s still a huge amount to be done, and it won’t be an easy road, but we are excited about our prospects at the dawn – perhaps – of one of the greatest reboots our country has ever experienced.”

The reopening preparations follow the announcement last month of the government’s road map out of covid restrictions.