Elderly and disabled residents on the upper floors of  18-storey Margate tower block Arlington House say they are stranded without working lifts because of a row about repair costs and contractors who have been unable as yet to fix the elevators because they don’t have the wiring diagrams and due to obsolescence of some of the parts.

One resident has even missed having their covid vaccination because they use a wheelchair and so could not get out of the building, according to ward councillor and Arlington tenant Rob Yates.

The block is leased from Thanet council by Freshwater Property Management Limited, through its company Metropolitan Property Realizations Limited -which in turn contracts management to Parsons, Son & Basley. The 56-year-old lifts had been maintained by a Ramsgate company with the contractor familiar with the ‘quirks’ of the old mechanics. 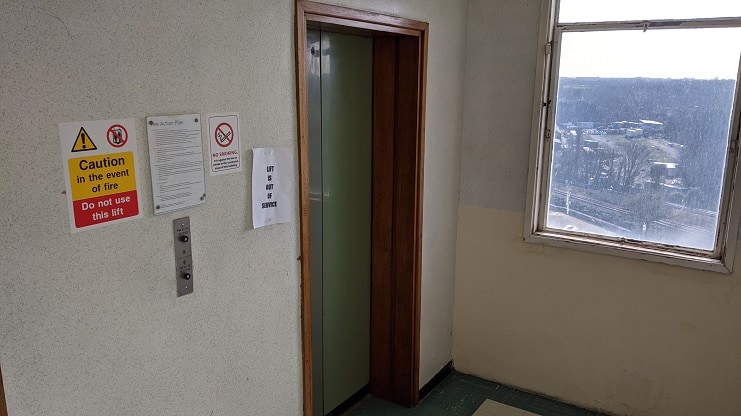 It is understood a falling out over costs led to a new tender being put out for the lift repairs but the chosen contractor has been unable to mend them because they do not have the necessary wiring plans to work out what the fault is.

A further hold up is a tribunal case centred on a dispensation allowing PS&B to bypass any consultation with those holding flat leases about the repair costs, followed by an objection from those lessees and then a further complaint over the £826,000 bill quoted for the works of which leaseholders were asked to pay 75%.

There is also upset among renting tenants who say they were not consulted about the situation by the contractors or leaseholders from the former resident association.

A trial bundle is due to be submitted next week for the Tribunal to deal with.

The result is scores of residents having to traipse up and down the stairs; others that cannot walk up numerous flights so are stuck in their homes and deliveries being left on the ground floor landing if drivers are unable to get to the customer. 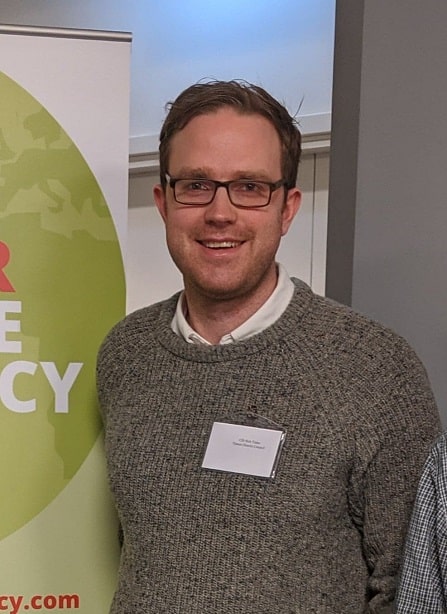 Rob Yates said: “The situation is despicable. It’s been over 4 days with no working lifts for over 100 residents. There is a resident with a wheelchair who has had to miss their covid vaccination, post is being abandoned on the ground floor, health workers are struggling to visit residents, and we have no confidence in the new lift company.

“I’ve asked all residents to email Freshwater at least once per day, every day, and I’ll be doing the same. Freshwater needs to fix this now!”

One angry resident said: “I demand Mr Freshwater comes to Arlington House and asks his elderly relatives to climb up and down 18 stories to get food, medication and their covid vaccine. The current way that landlords can treat their tenants is a disgrace.”

Another resident said: “I have to walk up and down more than a dozen storeys every day so I would like the lifts fixed.

“We only have one working lift and during the pandemic it’s been a nightmare. Some people have been refusing to wear masks and trying to get in the lift with you. There is barely any signage and some residents are still not wearing masks in communal spaces. That’s probably been a contributing factor in the three COVID deaths in the building.”

A letter from PS&B says Griffin Lifts are working hard to find the fault. However, the letter adds: “We understand the current fault is connected to the wiring that is producing an intermediate fault that Griffin Lifts are finding difficult trace.

“Today we are in the same situation as when the lift went down earlier this week with the lift not operational and this will continue until such time that we have secured the information required to trace and rectify the issue. Due to this I am unable to notify you of a date that the lift will be in operational again.

“To assist residents until the lift is back working we will try and help as much as is possible with  emergency requests, principally for elderly residents and residents with mobility problems who are unable to use the stairs.”

A PS&B spokesperson added: “Although it is correct that one lift is inoperative and the other lift sometimes breaks down – and is currently broken down – there is a contract in place to remedy the breakdowns when they occur and we are currently trying to get the other lift working again.

“However, we accept that permanent repairs are needed.  An application was made to the Tribunal in 2019 regarding permanent repairs, and Metropolitan Property Realizations Limited was directed to obtain an independent report.

“Accordingly, we obtained a report, which recommended works including installing lifts that conform to the most up-to-date fire safety standards.  There are ongoing Tribunal proceedings to decide, among other things, whether it is reasonable to go ahead and pay for those recommended works or whether less expensive works should be carried out instead.”