For me it’s been anger.

I expect we’ve all done our share of shouting at the telly, but my anger is not just about Donald Trump whinging the election was stolen from him, or Boris’s uncontrollable hair while he recounts another few thousand deaths. Or Keir Starmer looking smug because he doesn’t have to take the rap for anything. I’m furious at the whole establishment.

I often wonder what my old friend May would think of politicians now. She was angry all her life.

She lived at the bottom of my garden when I first moved to Thanet. Not literally, we shared a back wall. She threw nice plants over it for me and eventually shared her views on life and history. Anger kept her alive for 103 years! She looked like my granny – but with attitude! 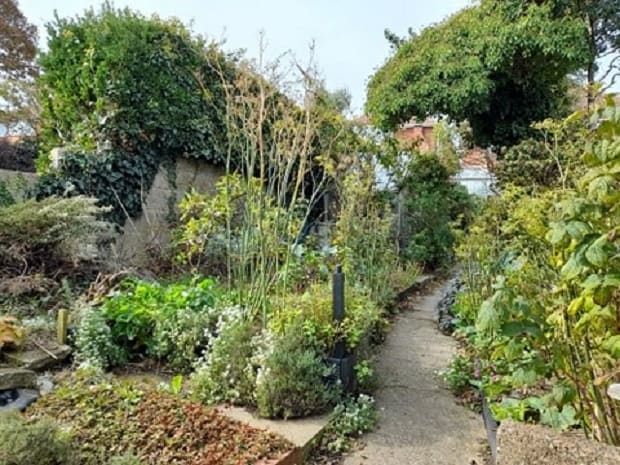 Born in 1902 she’d been through two world wars, the 1926 general strike, the Depression and Thatcher’s Britain. She hated all of it. She loved good food, baked her own bread, never ate “a mystery” so she’d never eaten a shop-bought sausage or a pie in her life, grew her own veg, and washed everything in her house all the time. It was the cleanest house in our street (how often do you wash your ceilings?)

Her husband had been a union organiser in London – he was an Italian chef – and was penalised by his employers for his activism. He was blacklisted – he couldn’t get a job in London. Such was the power of the establishment. They had to leave and take their hungry kids to her mother in Liverpool. They all survived – but it was a struggle.

If May were here now I can imagine her watching Boris on the TV – “Why on earth is he bumping elbows? We’re NOT supposed to touch people! And he’s had the bug so he should know not to spread it around!” 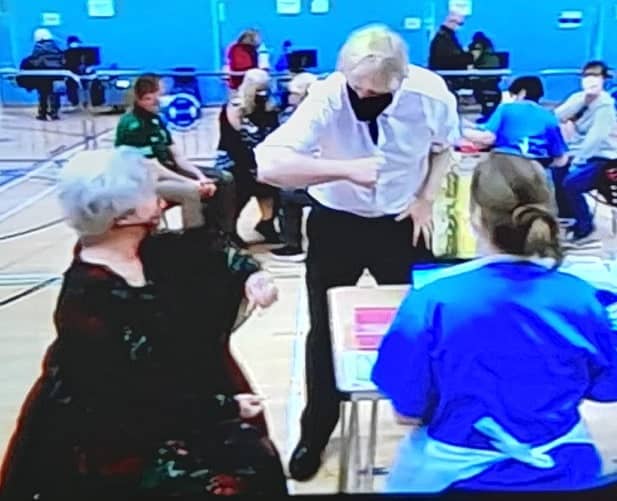 “Does he think I’m going to like him because he’s sitting there with some stupid flag behind him? He can’t even be bothered to sit up straight and comb his hair!”

“What’s all that clapping about? If he cared about the nurses he’d pay them properly!”

“And as for that smarm-bucket Starmer – he’s agreeing with him! He’s supposed to be opposition! Why aren’t they all trying to close everything down until nobody’s infected?”

“Why haven’t we got a real leader like that nice skinny woman in New Zealand? She hasn’t let a hundred and twenty thousand people die!”

Well perhaps I’m putting words in her long-gone mouth but she’s voicing what a lot of people are getting furious about, including me.

May might have seen – with the benefit of her long view – that we should be turning all our values upside down – paying nurses more than bankers, creating farms not housing estates, planting trees, growing our own food (she did, and saved her own seeds from year to year), valuing quality over quantity. And more than anything, listening to people with experience and an understanding of history.

At 99 May eventually put herself in a care home because she fell off a ladder trying to wash her ceiling. But she stayed angry and in charge of all her wits to the end. I would take her good cheese and she made me pink gins when I visited.

I think she’s still around haunting my garden with her righteous anger and encouraging all of us heading towards our century to stay furious with everything. And I will!

Christine Tongue is a Broadstairs resident and former Labour Party member. She now does not belong to a political party after being expelled from Labour in a row about a tweet  but does represent disability campaign group Access Thanet