Emergency repairs will begin on Ramsgate’s Clock House at the harbour on March 1.

The Ramsgate Society has secured a grant of £22,812 from the Historic England Heritage at Risk Response Fund for the work.

The repairs are essential to stabilise the loose stonework around the clock tower, which is in danger of falling through the roof, and to repair the leaks in the roof that are causing damage to the interior of the building and creating damp conditions for the artefacts housed inside as part of the Ramsgate Maritime Museum collection.

John Walker, from The Ramsgate Society, said: “The roof leaking in several areas is not good for the artefacts inside the museum, Work will start on March 1 and should take around two weeks.

“We also have long term plans for refurbishing the clock house and the collection. The Heritage Lottery Fund has been keen to support this through our bid for £2.8million but Thanet council and (leaseholder) the Steam Museum Trust have to resolve issues with the lease first.”

Mr Walker says the Ramsgate Society is hopeful the situation will be resolved within the next year.

It is hoped that proposals for a Ramsgate Maritime Heritage Centre in a newly renovated Clock House will be included as part of Thanet council proposals for regeneration of Ramsgate Port and Harbour.

A port and harbour feasibility report was drawn up by consultants WSP and published last February. A public consultation followed, although this was hampered by the pandemic. Thanet council is expected to publish a fresh report in the Spring. TDC has also announced its Ramsgate Future scheme which aims to generate and take forward ideas for the town’s development over the next few years.

‘Ramsgate Future’ will build upon existing and upcoming schemes, including the recent allocation of  £2.7m from the government’s Future High Street fund. This scheme is to enable the delivery of regeneration plans and new local projects such as improvements to transport infrastructure, new homes and the transformation of underused spaces.  It is understood much of this grant will be used on highways projects. The grant is still provisional and is only a percentage of the amount Thanet council bid for. 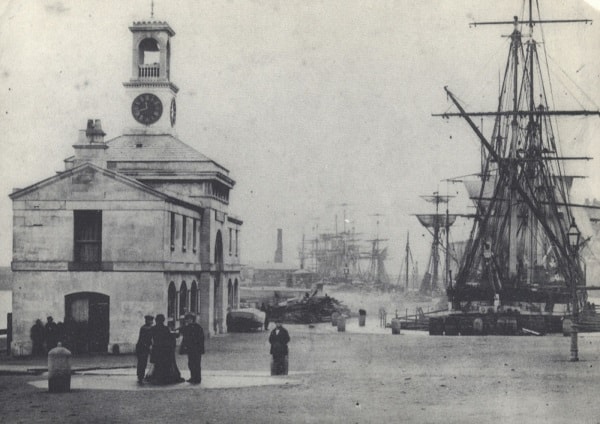 The terms stipulate that the Trust start repair works between April 2013 and March 2017. To date that repair work has not taken place. The full works are estimated to cost in the region of £250,000, excluding professional fees and VAT.

The care and ownership of the collection is the responsibility of the Steam Museum Trust which took over from the East Kent Maritime.

Prior to the take over EKMT received a legacy from a former trustee Robert Butler, worth some £300,000, to develop the maritime museum for educational purposes.

In 2008 The Ramsgate Maritime Museum was closed. EKMT became defunct and care of the steam tug Cervia and museum was taken over by SMT, under the trusteeship of Michael List Brain, after the lease was signed.

The museum closed again and then reopened in 2015 with volunteers on a seasonal basis. The SMT and The Ramsgate Society put forward proposals for the repair and complete restoration of The Clock House building; the reorganisation and curation of the Maritime Museum Collection by creating a modern heritage centre and exhibition space; the repair and restoration of the Smeaton Dry Dock, the Cervia- which was put up for sale in 2019 – and the historic boat The Sundowner – which was sold and is no longer in Ramsgate; improvements to the Pier Yard car park, possibly a pop-up cafe and bar and the creation of a business plan to secure the long term sustainable financial future for the project.

That year The Ramsgate Society secured a grant of £25,000  from the Coastal Revival Fund to procure architects plans, condition surveys, cost reports and a sustainable business plan for the project. The work was completed as part of a Heritage Lottery Fund Stage 1 Bid. The total value of the bid was to be circa £3million.

Following discussions SMT agreed to assign the lease to The Ramsgate Society and Heads of Agreement are agreed in principle.

However, this exchange requires the prior written approval of TDC as the owner of the building. The council is also needed to act as the accountable body for the HLF bid but declined to do that in June 2017.

But The Ramsgate Society is not giving up and still hopes to progress its plans for a museum and heritage centre with gallery areas, a terrace and mechanical interactive exhibits on various historical themes.

The SMT lease terms state if the repair works are not completed by April 2022 then Thanet council could terminate the agreement. This would bring the Clock Tower, and the associated costs of repairing it, under TDC’s responsibility.