Permission to convert Kingsgate College in Broadstairs into 18 flats is expected to be delegated to Thanet council planning officers to agree.

Members of Thanet council’s planning committee are due to discuss the application when they meet next week. The recommendation is to defer the decision to the authority’s planning officers who will approve the scheme subject  to securing required developer contributions and safeguarding conditions.

Kingsgate College which is set in three acres of ground, was the former Chaucer College language school. It was decided the location was impractical and inconvenient for its students and the preference was to use the sister college in Canterbury.

After failed attempts from a private treaty agent to sell the vast freehold Connect UK Auctions found a buyer.

The property had a guide price of up to £4 million but sale was agreed for a sum just over £2.8million last year.

Applicant Convent Road ACP Ltd aims to convert the property into 18 flats with a balcony/terrace and/or private garden area. There will also be communal landscaped gardens within the grounds.

The principal entrance into the building will be maintained and a central car port and soft landscaping buffers and hedging is proposed. The car port will house a series of Photovoltaic Panels to operate electrical vehicle charging points.

Two new outbuildings will provide a cycle store and bin area. There will also be 40 car parking and 27 bicycle spaces.

The proposed development will retain most of the woodland. Trees along the boundary of the application site with Convent Road are the subject of a Tree Preservation Order. 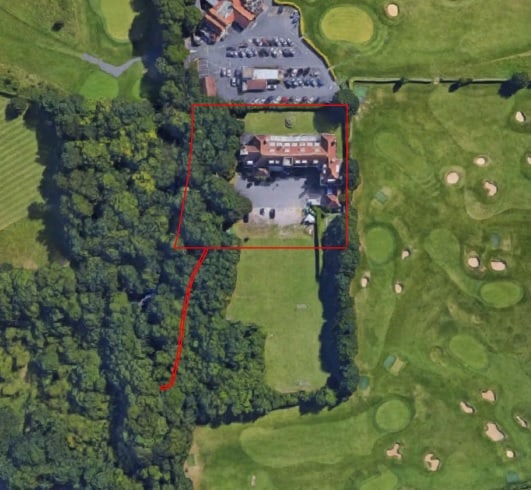 Concerns were raised by Officers about the number of trees that would be lost to facilitate footpaths, particularly one through the south of the site. The scheme has now been amended and the proposed footpath through the land to the south to Convent Road removed. This results in the need for one sycamore to be removed to allow refuse vehicles to access the site.

The scheme allows for additional planting/landscaping including a number of trees to be planted along the southern boundary of the site.

Chaucer College was established as a language school for Japanese students in 1992 by the Shumei Foundation, a Japanese educational and charitable organisation.

The Shumei Foundation has three schools and one university in Japan, with Chaucer College playing a role as the Foundation’s overseas campus in the UK.

The Kingsgate College building was one of three UK campuses, with others in Canterbury and Folkestone. The Folkestone college closed in 2011 and Kingsgate closed in September 2018.

Despite initiatives including expanding the business model to allow students from countries other than Japan, and introducing reduced fees, Kingsgate College had run at a loss for the preceding three years prior to closure. The site was marketed but there was no viable interest from other educational establishments, and relatively little interest from developers.

The theft of roof lead from the site also resulted in water ingress causing substantial internal damage and further devaluing the building.

Four objections have been received, including from Broadstairs Town Council, which says “introduction of a footpath cannot be justified at the expense of the sizable loss of tree canopy in this protected and sensitive area in the green wedge.”

Developer payments are required. These are:

The planning committee will discuss the application next Wednesday (February 17).