Care homes have been under intense pressure during the pandemic with hero staff working hard to keep residents safe while mitigating the effects of lockdown-induced isolation.

Before the restrictions Margate musician Jon Beetham recognised the value of providing workshops to dementia patients and care home residents seeing it as a way of enhancing their mental health and social engagement.

But, as the second wave began to take hol,d the 34-year-old took to Zoom in a bid to keep the sessions running. “I wasn’t sure it was going to work at first or whether they would realise that it wasn’t like television and that we could interact with each other,” he said.

Fortunately with the help of dedicated care staff the new format worked very well with some participants even preempting the slight time delay and singing ahead. 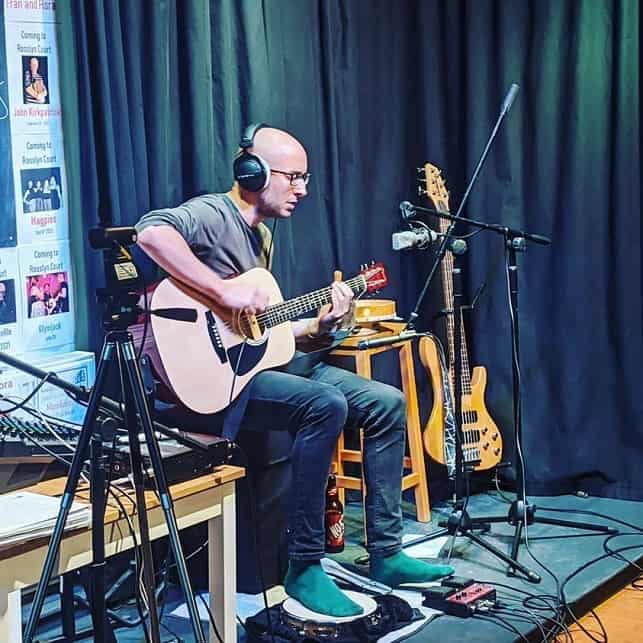 He said: “I’ve always enjoyed the company of older people so working with them was an organic process (since leaving university) and something I really enjoy. Singing brings happiness to people, and while some dementia patients may not remember why they are feeling good they remain happy for the rest of the day.”

Many of his older people are able to recall vividly songs word-for-word and recognise the familiarity of them which can be of great comfort. He said: “There was one lady who suddenly became frightened as she didn’t know where she was and we started singing and she became relaxed and absorbed into the music.”

Jon is Thanet born and bred and enjoys playing in several bands, along with the odd solo gigs, at venues such as Rosslyn Court and The Fez in Margate. He studied music at university before working as an activities coordinator and has also worked with Faversham Youth Club. 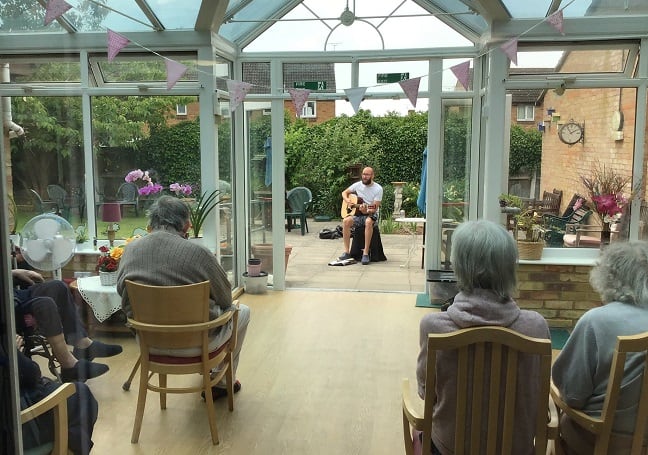 While some may balk at endless renditions of wartime classics such as We’ll Meet Again, Jon and grown to love performing them. He said: “You can always tell those who have played music- I have seen them sit down at a piano and play instinctively – the muscle memory remains. It’s the same when you hear someone sing.”

To find out more about Jon’s workshops email: jonbeetham@gmail.com