A Thanet hairdresser says action needs to be taken after her dog became submerged in a ‘hidden drop’ under a deceptively shallow-looking water area at the slipway behind the Winter Gardens in Margate. She then became trapped trying to rescue him yesterday (February 9).

Cassie Davey, who lives in Ramsgate, was walking her rescue dog Prince along the area behind the Winter Gardens when he slipped on the ice.

Cassie, 25, said: “He went over the edge, it was quite a drop, and I ran over screaming and looking for him.

“He isn’t a very good swimmer and was already petrified of water. I saw his head go under and knew I had to go and get him. I jumped in and it was like a huge hole, there is no way of getting back out.

“I was trying to push him out and was lucky that there was a couple there and they tried to drag him by his collar and then help me out. It was horrific.” 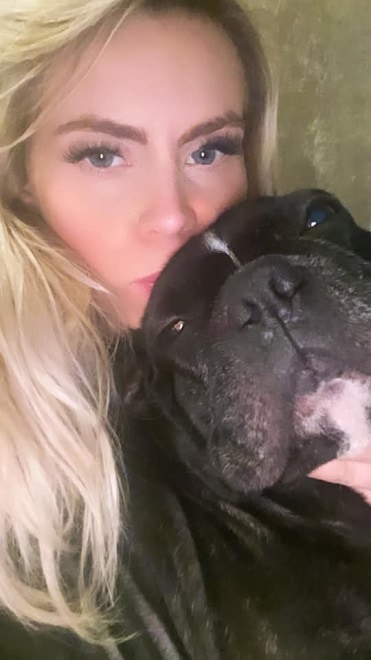 The deceptive ‘puddle’ has caught out numerous people. Last year The Isle of Thanet News told how a little boy plunged under the water and had to be dragged out by his mum. Shortly after a distraught dog owner told how her rescue dog died after he went into water at the bottom of the beach slipway, but then got into trouble.

Sadly the experience proved too much for the dog and the water he had ingested resulted in kidney failure.

Cassie, who has had French Bulldog Prince for four years after rescuing him when she lived in Marbella, says signs will not be effective enough and the ‘hole’ needs filling in. 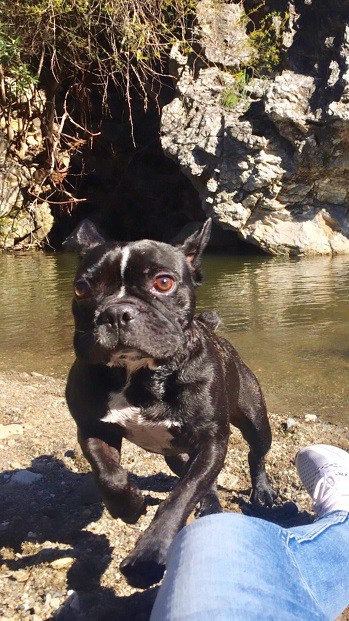 She said: “The council need to get it filled in. A dog has died and a little boy nearly drowned there already. If no-one had been around then I don’t know what would have happened to me and Prince.

“If the council doesn’t do it maybe, when covid is over, the community can come together and fill it in ourselves.”

Cassie said she is so grateful for the help of the couple and another woman who was at the beach with her dog.

She added: “The couple asked me where I lived but I said I had my car and just said thank you. I was so cold and in shock. I’d really like to say thank you to them properly. They were in their 30s, both had brown hair and the man had a bobble hat.”

Thanet council says the impact of the waves hitting the sea wall can cause holes in the sand to be regularly scoured out, but with a change in wind direction and tidal changes, this hazard will disappear and repeat elsewhere, in a constant cycle of erosion and deposition. Therefore it is very challenging to foresee the areas that will develop this hazard and at what depth.

A council spokesperson said: “This location was last reviewed by our team of Coastal Officers in June 2020 as part of their risk assessments along the Thanet coastline. New signage, which will be reviewed annually, has been added to the railings at this area to warn people of the risks.
“The team is exploring other ways to increase the prominence of signage in this particular area, as well as a review of coastal safety signage more generally. It is particularly important to ensure that anything that’s added can withstand the impact of the sea. The team is also reviewing whether other options, such as extending the railings to the bottom of the slipway, are a viable possibility.

“Due to the nature of our coastlines, hazards can present themselves without notice. We advise people to ensure they consider the risks that might be involved when walking along our beaches, particularly during the winter months when daylight hours are reduced and there are changeable temperatures. People should also always be aware of the tides and use caution when exploring the coast, both in Thanet and any part of the UK.”

A petition asking for action to make the site safe has been launched and can be found at http://chng.it/FVGgM57D