The Wrotham Arms pub in Broadstairs is organising an online festival of Blues and Roots music on February 19-21, the weekend that would have been Broadstairs Blues Bash.

The popular pub usually hosts a fortnightly Blues and Roots club and is a major venue of the Blues Bash festival, which would have been in its 13th year in 2021.

Landlady Jackie Lawson said: “This is our tribute to and celebration of the amazing Broadstairs Blues Bash, which has been expertly run for the last 12 years by Broadstairs bluesman Nigel Feist.

“We’re so proud to have been part of this wonderful event over the years, and we can’t wait to have it back, but in the meantime we thought it would be brilliant to mark the occasion some other way.”

Local content creators and festival performers are volunteering their time to put the online festival together, with artists performing from their homes in the UK, Europe and the USA while following strict lockdown regulations.  Amongst the confirmed acts, all of them Blues Bash and Wrotham Arms regulars, are 15 nominations in various categories of the UK Blues Awards.  Broadstairs Blues Bash was also nominated in the Blues Festival category.

Broadstairs Blues Bash organiser Nigel said: “We’d like to thank our friends at the Wrotham Arms for organising this online event and giving everyone something to look forward to and enjoy at this difficult time.”

The event was the brainchild of Matt Payne, whose family’s Broadstairs guesthouse, The Devonhurst, is sponsoring the website and streaming servers.  Matt said: “As long time supporters of the original Broadstairs Blues Bash, The Devonhurst is proud to be sponsoring this alternative online festival so we can all enjoy the great music and support these amazing artists while staying safe at home.”

The event starts at 7pm on Friday, February 19, with longer sessions starting Saturday and Sunday at 3pm.  Information about the event can be found on the Wrotham Arms Facebook page, and you can watch it live at wrothamarms.co.uk – this is a support-the-artists event with all acts appearing free of charge. Audience members are encouraged to support the performers via their PayPal, Patreon and/or music and merch stores. 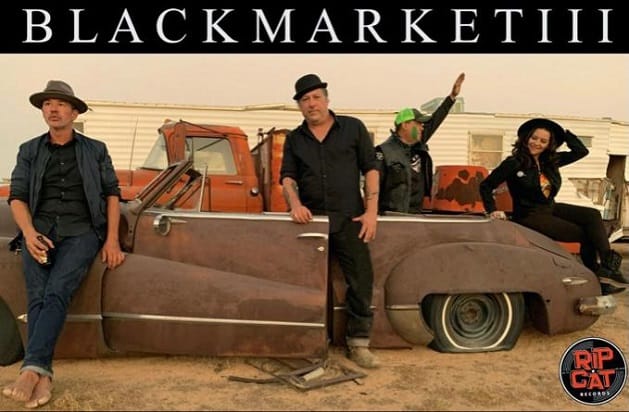