A Thanet carpenter who sparked a wave of facebook praise after giving his coat to a homeless man in Broadstairs says he just wanted to make a small difference to someone.

Geoff Hawkins, who lives in Ramsgate, had finished work and was driving through Broadstairs when he pulled over to pop into the shop.

The 60-year-old said: “The guy came up to the window and asked very quietly if I could spare some change. I only had notes so I gave him a satsuma off the dashboard and then went in the shop. It was preying on my mind because I could see the guy was broken, he was skinny as a bird and although he was about 45 he had on teenager’s clothes. The jeans were too big, his footwear was bad and he was in a bit of a state.

“So, I put my shopping in the van and then took my coat off and put it up so he could get in the armholes, put the hood up and sort of gathered him up. I gave him a tenner and he was really grateful.

“The next thing I know it was on facebook with people saying nice things.” 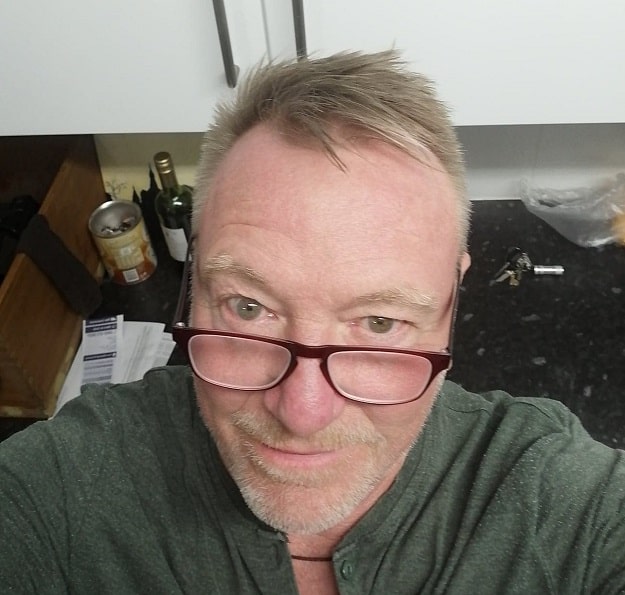 The post, by Vicky Chadwick, praised Geoff for the care he showed and resulted in almost 200 comments.

Geoff says he would always help someone down on their luck because he has been there.

He said: “I was homeless and it was hard and so I know what to look for. He wasn’t like some of the younger ones with nice coats and trainers and smelling like they just got out of the shower.

“I just hope I made a bit of difference. I did go home and fill up two hot water bottles for him, because this weather goes straight through you, but he wasn’t there when I went back.”

Geoff came to Thanet as a youngster and grew up in a Broadstairs care home.

He said: “It was a fantastic home. There were only ten kids there and our foster dad was a Gurkha captain. He would take us to sing carols at Ted Heath’s. We’d also go to what was a grand ballroom on the seafront, it’s fancy flats now, and help arrange the chairs for concerts.

“But when you finish in a children’s home, that’s it. Where do you go? I had gone back to Wimbledon but Broadstairs was a place where I had gone swimming and had fun so I thought my chances were better there than somewhere I didn’t know.

“Me and my friend used to look out for each other. You’d be hanging around parks and there would be older people who would say you could stay on the sofa although sometimes you’d end up back on the street at 4am.

“When you are homeless you are nothing, you feel like nothing, you lose all your confidence. But you can also be surprised at people’s kindness and it would bring a tear to my eye when people wanted to help, even just doing  little things like bringing you a sandwich or socks.

“Sometimes we ended up with carrier bags of stuff so could share it with other people who needed it.”

For Geoff, it was having to go to the dole office to pick up his money that led to help from staff and social workers.

He got himself on a chef course at Thanet College – Gary Rhodes was one of his fellow students – and was taken in by the Pantoni family until he eventually got himself a flat.

Geoff, who likes art, cooking and making things, currently shares a house with a friend and says it is the little things that he still appreciates.

“I would stay in shelter or sit at the train station all day pretending to wait for a train.

“The guy I saw struck me as someone broken and that’s why I wanted to help.”