Members of groups such as the Friends of Botany Bay and Kingsgate faced a mountain of rubbish left behind on beaches last year as visitors flocked to the isle after covid restrictions were eased.

Volunteers were confronted with litter and human waste as thousands headed to Margate Sands and Botany Bay amongst other isle beaches.

Barry Manners, who co-ordinates the Friends of Botany Bay and Kingsgate, said: “There are a lot more volunteers out now. I pick up at least one full bag a day between Foreness Point and Joss Bay. There are also lots of other volunteers out daily with litter pick sticks.

“Taking into account the organised clear ups done with Friends of Botany Bay and Kingsgate  and other local residents last year I estimate at least 500 full, large refuse sacks of plastics, cigarette ends and wet wipes were removed. That’s over 2 tonnes of waste that might otherwise be floating out there to wash in on the tide.”

Barry says this month the beaches are much cleaner than they were in January last year, possibly due to a combination of less visitors, more volunteers and the amount of detritus that was removed by the groups last year.

He added: “Litter pick groups around the coast report they are finding less litter on the beaches. There’s been an increase in numbers of people cleaning beaches as part of their lockdown exercise.

“There is daily variation due to the weather and tides but last year I would regularly fill two large refuse sacks every day on Whiteness and Kingsgate beaches – and still leave loads behind. This year there’s often others there already picking and I often collect less than half a Tesco bag of rubbish. This has mostly been commercial fishing detritus, not the innumerable plastic food packages and plastic bags that that were a fixture of the beach landscape last winter.”

The Botany Bay group had some 20 litter pick sticks from Thanet council and, during lockdown, many have been handed over to locals to do their own thing while restrictions on gatherings remain.

Barry said Thanet council’s employment of beach cleaners last Summer also made a huge difference and he hopes to see them re-employed this Summer. 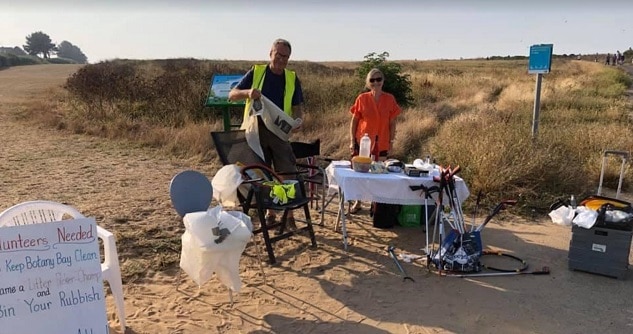 He added: “I think it’s worth stressing that without coordinated beach cleaning in the Summer tons of waste ends up in the sea to linger for years, damaging marine wildlife and occasionally washing up along the beaches throughout the year.

“Volunteers do a great job but in an area dependent on tourism it is first and foremost the council’s responsibility to keep beaches clean and not allow rubbish to simply wash out with the tide after every busy summer day.” 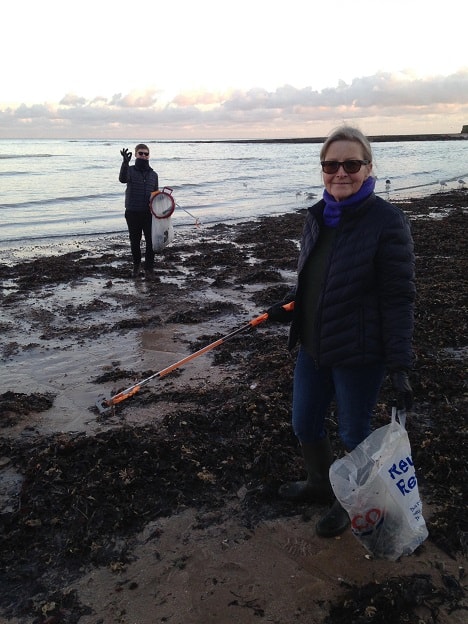 One of the Botany Bay volunteers is mum-of-three Susan Fribbance (pictured above with son Ted).

The retired district nurse said: “The beaches seem cleaner this year than they did last January. I am a volunteer beach litter picker and, along with a group of other volunteers, clean from Foreness Point up to Kingsgate.

“Last summer we were exceptionally busy so we had a rota system for each weekend to cover the cleaning. Without this dedicated work from volunteers the rubbish would have ended up in the sea.

“Thanet council also employed a beach cleaner so between us we managed to bag up an eye watering amount of rubbish.

“Hence we have much cleaner beaches now. If we are to maintain clean beaches then Thanet council will have to continue employing a cleaner along with the volunteering work of local residents.”

The Palm Bay family have been clearing rubbish on beaches and streets and in parks around the area they live in.

Scott said: “The girls have been continuing their battle against litter and have been attacking it on two fronts – that on the beach which has been washed in off the tide, normally fishing nets, and then the clifftop, Palm Bay estate and Northdown Park.

“The beaches have been the best they’ve looked for years thanks to efforts from all the local litter pickers and the council’s efforts during the busy summer months made an impact on preserving the beaches too. 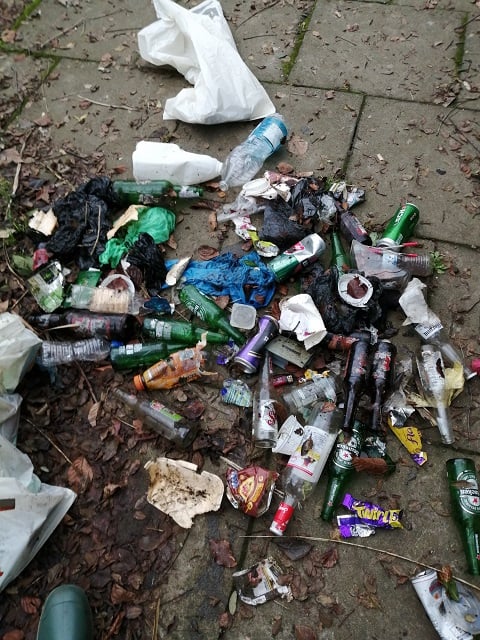 “I do hope the council plan to do this in the Spring and Summer of 2021, planning ahead is crucial. It would be great to hear if plans are actually being worked on so we can work together to maintain the eco system of our coast.

“Once allowed, the girls and I will be arranging some more family group litter picks for all to attend which will include a short educational piece at the beginning targeted at the children attending. The girls and I want to thank everyone else who has been litter picking out there. There is quite an army of us now.” 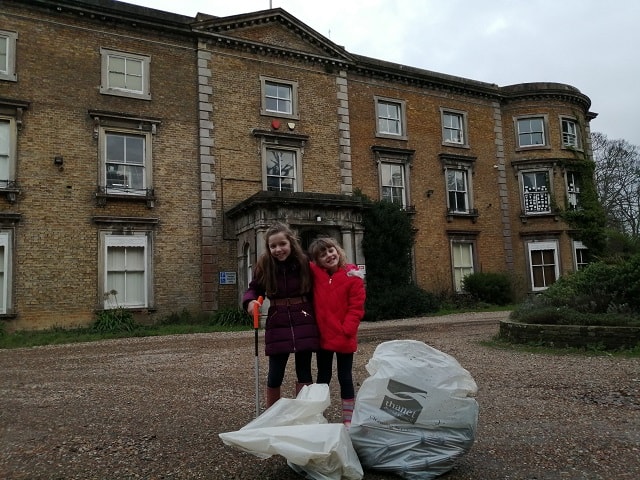 Other local groups involved in isle clean ups have been Margate’s Rise Up volunteers (below) and members of Friends of Cliftonville Coastline who have recently renewed their campaign to clean up the streets. 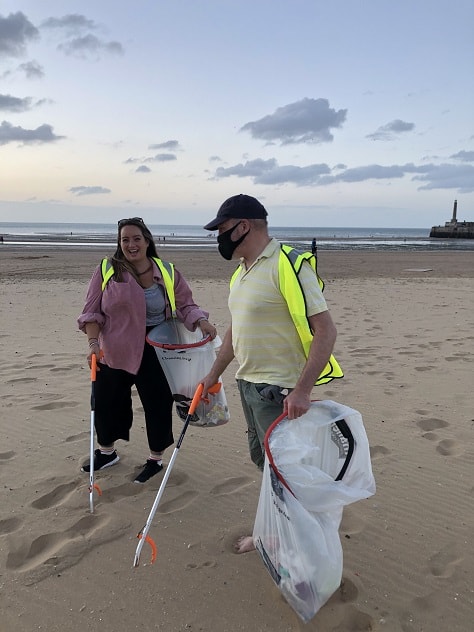 Littering was targeted with temporary road signs encouraging people to take their litter home with them, 200 extra litter bins in place along the coastline  and dedicated beach cleansing crews on duty daily from 6am-10am and 4pm-8pm, litter picking and emptying bins.

The beach tractor/surf rake was out in the mornings on main beaches for large scale clearing and a re-organisation of the refuse fleet, enabling bigger vehicles to collect more litter from high footfall areas at weekends, took place.

Litter sacks were distributed to all bay inspectors to give to the people on the beaches and a new coastal supervisor was installed to work with bay inspectors and beach concessionaires, street and toilet cleansing teams and enforcement and CCTV officers.

Six groups you could join

Friends of Botany Bay and Kingsgate

Rise Up Clean Up Margate

The Friends of Ramsgate Seafront