A mum-of-one from Cliftonville is pleading for Environmental Services to get involved after catching 42 mice in her flat in less than a month.

Just before Christmas she used humane traps -due to worries her daughter might touch them – and ended up with nine mice that she put in a cage. But the sheer number of rodents getting into the building meant she could no longer cage them.

The vermin problem at the 18-flat block in Athelstan Road has now been ongoing for 18 months but because the flats have different landlords Millie says it won’t be resolved until Environmental Health step in.

Millie, who suffers from a painful back condition following a trampolining accident several years ago, said: “My landlord is trying to help get this problem fixed but with it being a whole building problem it’s very very hard as the mice will remake new entry points.

“I was hoping Environmental Health would have been able to contact landlords, agents and land owners who are responsible and they would be forced to fix these issues so the problem can be solved.

“But with no tenants having any of the relevant information it makes it harder which is why I’ve been continuously trying to get help for this. 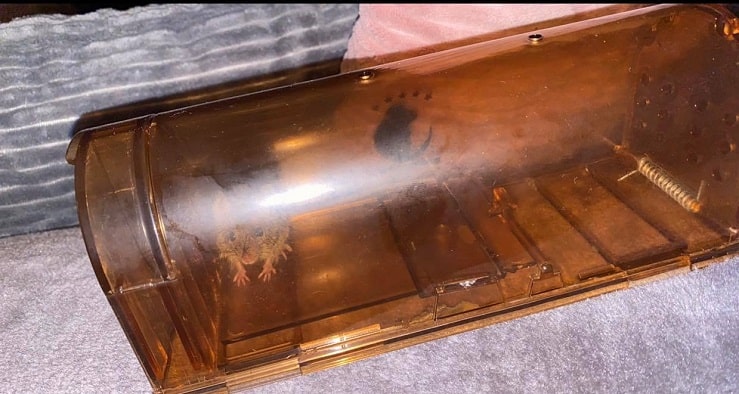 “I have a 15 month old daughter and we are sharing our home with many many mice. Within 48 hours before Christmas I caught 9 mice. I think the entire block, every flat, has mice. It is a shame some other tenants haven’t got the funds to afford glass jars for food and other measure to help prevent this. Some people leave food around so this encourages the mice.

“Environmental Health said it’s mine and the landlord’s job to deal with it. I’ve done more than my fair share and changed entirely how I live even with my severe health problems but one flat out of 18 will not make a difference.

“They seem to have pretty much washed their hands of this case although they are still on the case of cockroach issues after a flat in the building was found to be the source of an infestation, but even this isn’t resolved yet.”

Millie says her health issues prevent her from being able to move at present, adding: “I struggle doing the weekly shop and day to day living, let alone the massive work and stress of moving.”

She has turned to ward councillors Heather Keen and Alan Currie for help and says Cllr Keen has contacted Thanet council’s housing and environmental health teams to push for action.

Cllr Currie said: “I feel really sorry for Millie, the mouse problem in her flat seemed to have improved but as we have come into winter it has returned and seems as bad as ever. I visited Millie a year ago and immediately contacted Environmental Health, after a couple of visits to the property they told me they had thoroughly investigated the problem and various things were done to deal with the rodent problem.

“The landlord was advised to contact a pest control company, bait and traps were laid, possible rodent entry points blocked and all the other flats in the block were contacted by EH and given advice if they too had the same problem.

“Other areas of concern with the building were identified and these were communicated to the land owners. Private Sector Housing, which enforces housing conditions and selective licensing, checked all electrical certificates were up to date and advised that the landlord should have an electrician check internal wiring as Millie had concerns about this.

“Unfortunately due to the Covid-19 situation and social distance guidance, Environmental Health have informed me that they are not at this time performing internal visits to properties but will re-visit again when possible.” 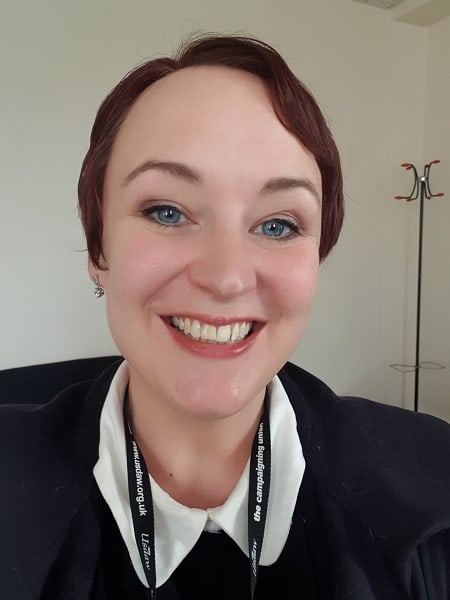 Deputy council leader Helen Whitehead, who has responsibility for housing, said efforts are being made to deal with the mouse problem.

She said: “I visited before lockdown to look at the issue directly and have been working since that point with selective licensing, private housing and environmental health to try and find a solution.

“We have been aware and working on it for a long while, but it requires approaches across all three areas to address long term, but we are all putting effort in to resolve it.”

Millie says she just wants some help, adding: “I am a mother, I am civilised, clean and tidy and myself and my daughter should not have to suffer this.”

When contacted about the infestation last February a Thanet council spokesperson said: “Pest control in a tenanted flat is primarily the responsibility of the occupiers. The landowner would only become involved if the issue was associated with something beyond the tenants’ responsibility, such as problems within communal areas or clear structural issues with the building.

“The council is not the freeholder of this property and has no duty to provide a pest control service. It has the responsibility for ensuring that landowners and landlords take relevant action to resolve infestations.

“Environmental Health team has conducted numerous visits to the building to investigate the issues that have been raised. As part of this investigation, the team has written to all tenants on two occasions – requesting information in the first letter and giving general advice in the second. We have been unable to identify a specific party who is causing or adding to the issue. The council therefore cannot take any further action as there is no clear evidence.”

An update from Thanet council adds: “”This is an ongoing case which is still under investigation. We can however confirm that we have liaised with the resident to offer advice and confirm her responsibilities in relation to seeking appropriate pest control services, and will continue to do so based on the latest information provided to us.

“We would not recommend anyone catch wild rodents and keep them in their home, as this may be in breach of Public Health legislation. Our guidance to occupiers is always that they should immediately book a registered pest control company to attend the property to remove any live rodents, instigate measures to destroy any that are entering the home and provide wider advice to the occupier on the issue.

“Whilst we don’t have a duty to provide a free of charge (or any) pest control service, we have negotiated affordable rates with a registered pest control company which charges £48 for a course of mouse treatment.”