An Arlington House resident has slammed the building’s leaseholder Freshwater and site owner Thanet council over a lack of interest in preserving the well-known Only Fools and Horses mural, which he says has been removed from the Arlington Square entrance and “left, broken, on the floor of the square.”

Karl Jastrzebski has also branded the covering up of a ‘Welcome to Marghetto’ mural on the empty shop fronts in All Saint’s Avenue a “bitter irony.”

The self-employed gardener, who has owned a flat in the seafront block for almost five years, says Freshwater complained about the Marghetto painting – which sat alongside art created by Margate Festival, People Dem Collective and Ramsgate Arts Primary – saying the company had not given consent for it. The art was then covered over.

The shop front murals were created by the seven to 10-year-old pupils as part of a legacy project celebrating black culture, led by local artist Ben Connors and People Dem Collective. The Marghetto painting was independent of that project and had not been given permission. Several residents contacted The Isle of Thanet News to complain about the painting and others contacted their ward councillor. 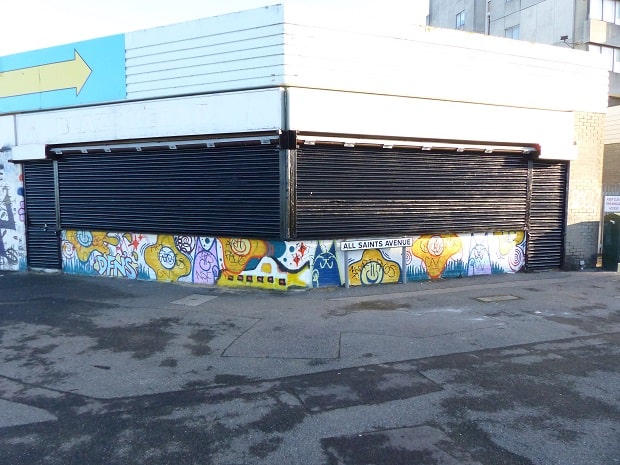 The Only Fools and Horses mural – featuring Del Boy, Rodney, ‘Uncle Albert’ and Trigger – was created in early 2016 by street artist Darkisseddayze – and is a nod to the filming of the Jolly Boys’ Outing episode in the town in 1989. 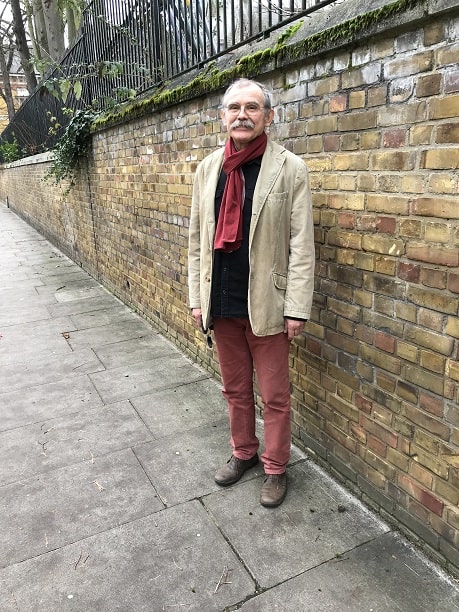 Karl, 63, (pictured above) says it is ironic that artwork has covered up a site and shop fronts that have become a “derelict eyesore” during the time Freshwater has held the lease.

He added: “The ‘Only Fools and Horses’ mural on the Arlington Square boundary site was taken down because Freshwater wanted to get a crane onto their site and they never reinstated it.

“This artwork formed an important part of the Dreamland historical street mural coinciding with the redevelopment of the amusement park. Safeguarding this appeared to be of no interest to Freshwater nor to the council, despite its cultural and heritage significance. It was left, broken, on the floor of the square and cannot now be replaced.

“The Arlington Square site has been derelict for decades, left to rot and become an unacceptable eyesore on the landscape.

“Freshwater focussed concerns over the Welcome 2 Marghetto (sign)- but isn’t Freshwater the chief architect of the very dereliction that it seems the artists were keen to depict?”

Karl, 63, questions whether Freshwater’s owner, billionaire Benzion Freshwater, would like his family to have to walk past the derelict shops every day and says he should repay the town for being allowed to lease the brutalist towerblock at a peppercorn rent.

He added: “We all understand that Thanet council should be responsible and accountable to the local community they serve but all too often it “appears” they are not  .After all residents are council tax payers.

“Freshwater as head leaseholder is also responsible for the site, but it appears  in reality they are totally unaccountable to anyone including TDC.”

A spokesman for Highdorn, a Freshwater property management company, said: “The Only Fools and Horses mural was removed to allow access for equipment to carry out works to the aerials on the roof.

“The (shopfront) mural along with the others on the hoardings is part of a project commissioned by the Margate Festival to produce designs. This work has been delayed due to Covid, but we are hoping they will be able to progress it soon and the residents of the building will be asked for their input.

“No permission has been given for the artwork yet.

“There is no plan to reopen the shops at the moment. The company is still deciding what to do with these in the long term and will advise in due course.”

The spokesman added that they “didn’t think” the Jolly Boys’ mural had remained intact but would check. Ward councillor Rob Yates said it may still be in one piece and he would investigate.

Thanet council says no complaints were received and the authority was not responsible for giving permission, nor any subsequent cover up, of the Marghetto mural. 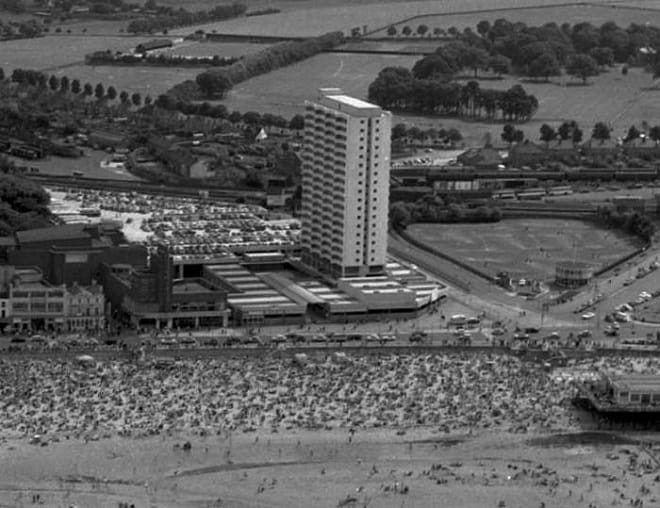 When Arlington House and the shopping arcade was first completed in 1964 the site was advertised as “Britain’s first ‘park and buy’ shopping centre with luxury flats,” and marked the beginning of Margate’s redevelopment.

Arlington was designed by Russell Diplock Associates and built by Bernard Sunley and Sons, Originally the site was made up of 52 shops, a pub, a supermarket, a coach station, a filling station, a multi-storey car park and the 18-storey, 142-flat block.

Arlington Square shopping arcade, and stores on All Saints Avenue and Marine Terrace, sat alongside parking for 500 vehicles and petrol filling and taxi rank facilities.

The shops moved from the arcade many years ago, the last being the famous Joke Shop and the Bong Shop which moved into the town in around 2011.

Plans for a Tesco superstore at the site, which were vehemently opposed by residents, were ditched in 2014 due to trading conditions.

In 2016 demolition workers were on-site and the iconic arch of the arcade entrance removed.

In 2018 Arrowgrass, which pumped £25 million into the refurbishment of Dreamland, was looking at “significant” investment in the site as part of a masterplan for Dreamland and Arlington.

However, Arrowgrass Capital Partners made the decision to shut down its master fund in 2019  after a slump in capital and requests from investors to withdraw funds.

It is believed Arrowgrass could sell off current loans made to the park to another hedgefund.