They are a protected species and only qualified medics are permitted to interact with them.  They may be separated by stormy seas, abandoned by mum, or just not able to fend for themselves when they have weaned.  They wean between 2 to 3 weeks when they get their teeth. 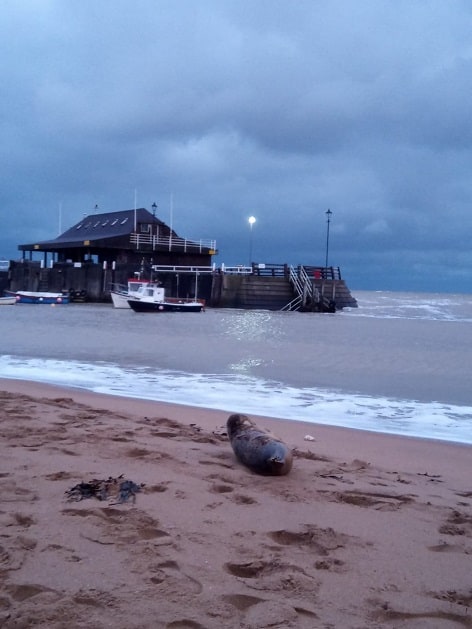 On Tuesday ( January 5), medics were called out to a resting healthy common seal at Viking Bay.  A medic attended to monitor and keep the public away until it got dark, no intervention was required.

We were called again to the same seal, and further medics attended and before any further action could be taken it went back into the sea on its own.

Medics were also called to Dumpton Beach to a small whitecoat.  A whitecoat is a seal pup that is generally under 10 days old and still has the white fur it was born with. 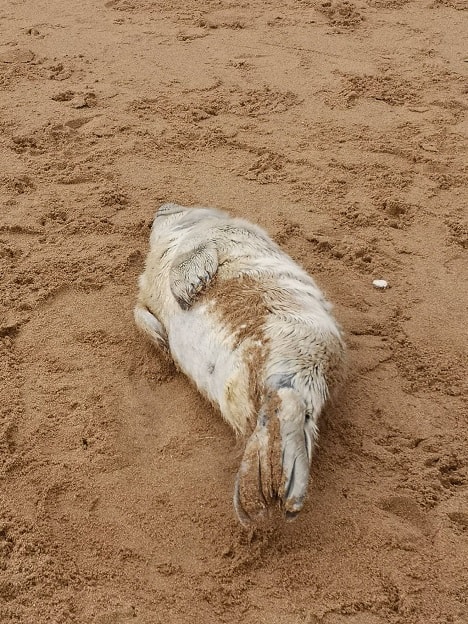 There was no adult seal around and it appeared to have been separated by the stormy seas.  This is a busy beach with lots of dog walkers, so the decision was made to lift it in order to complete an assessment on it.  The male pup weighed 16kgs, which is underweight, with a full set of teeth, with normal temperature.  The decision was to take it to the vets for further assessment. 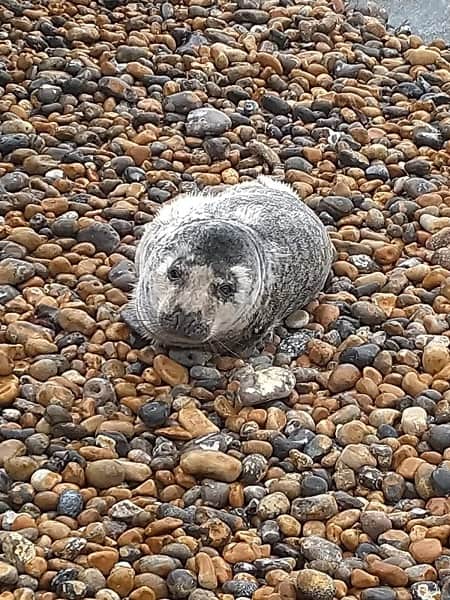 On Wednesday (January 6), Medics were called to Dover beach for another pup, still with its white socks.  This seal was lifted, rehydrated and relocated where it will be monitored. 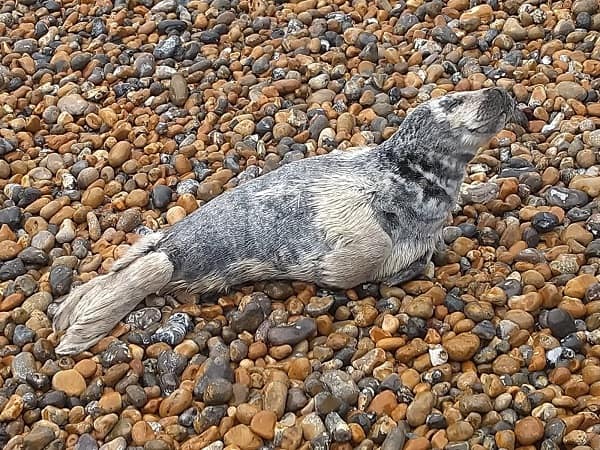 If you come across a stranded seal, please keep away, keep all dogs away and on leads, DO NOT ATTEMPT TO RETURN IT TO THE WATER.  Call British Divers Marine Life Rescue on 01825 765546 and they will send a medic out to assess and monitor.