Creative work by children from Ramsgate Arts Primary can be seen in a virtual exhibition at the National Gallery.

Entries from pupils were chosen from schools nationwide for the 2020 Take One Picture initiative that invited interpretations prompted by the evocative painting the Men of the Docks by George Bellows in 1912.

It depicts workers on the docks of New York’s frozen East River, the skyscrapers of Manhattan and a vast ocean liner towering in the background.

Bellows’s painting was chosen for the cross-curricular themes and subjects which were explored from cities and 20th-century New York, to immigration, working animals, and the riverfront as a place of work.

Although their work is on show in the gallery there is still a decision to be made if the famous attraction can open to the public in January due to pandemic safety restrictions.

Head of School Nick Budge said: “Although the gallery may not be open, our RAPS community, family and friends and art lovers around the world can see our work in the exhibition along with the other great entries via a vibrant online link.

“It is a real feather in our cap for creative work by our children inspired by our art department to be featured at the National Gallery.

“The Take One Picture initiative is a terrific idea that we support every year – we have been working on the next project under this theme which is The Battle of San Romano by Paolo Uccell whose painting captures the conflict between the troops of Florence and Siena in 1432.”

In a letter to the school, Catherine Spankie, coordinator for Take One Picture, National Gallery, said: “My colleagues and I were particularly impressed by the high standard of work submitted, so many congratulations.”

RAPS young artists from all age groups took part in the project and two of their year group entries were selected for show. 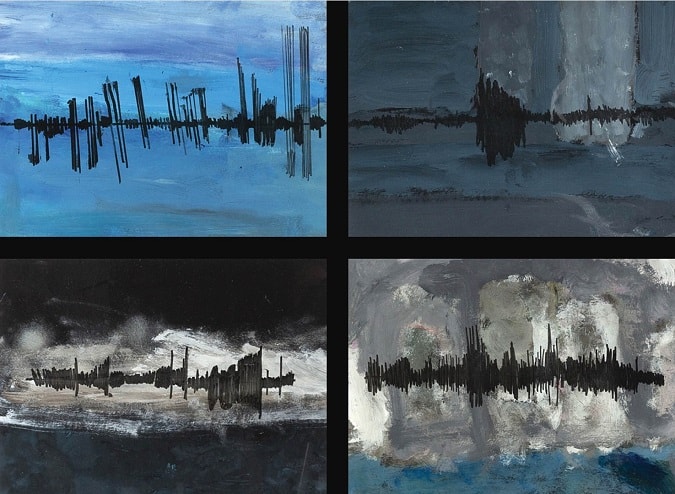 One is called Soundwave Cityscapes (above), where nine and ten year olds focused on what the docks would have sounded like and made their own soundscapes. They then noticed that the waveforms looked like cityscapes.

The other is Dockland Poses (below), where children aged seven and eight acted out the jobs that the men would have been doing at the docks. They held their poses and ‘drew’ around each other using torches. 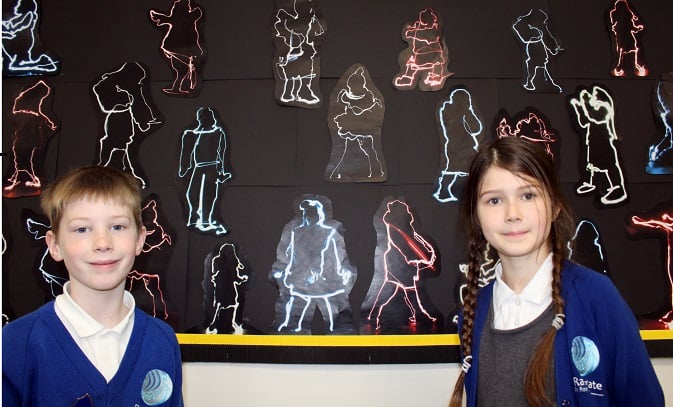 Specialist arts teacher Karen Vost said: “Year 3 children were fascinated that the men in the painting would arrive each day not knowing whether or not there would be work for them. This prompted discussions about the types of work that the men would do at the docks, with the children adopting the poses related to these tasks.

“We visited our Ramsgate marina and took photographs of our own docks. Back at school we created our own darkroom and took turns to ‘draw’ around each other in the relevant poses, creating these light pictures. 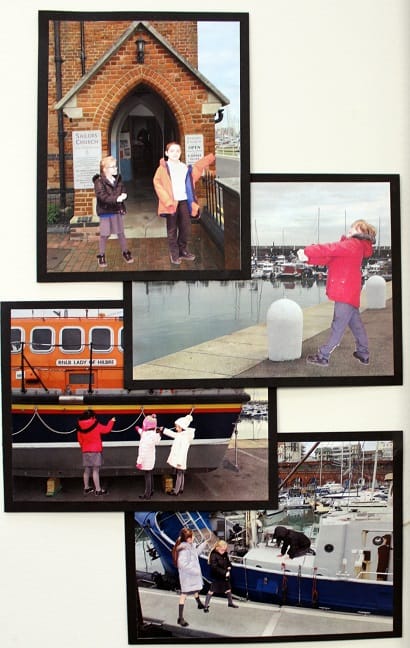 “For City Soundscapes, our Year 5 pupils imagined what the men would be able to hear, including seagulls screeching, foghorns blaring and horses neighing.

“We recorded our own dockland sounds and worked on laptops using an audio program called Audacity to create soundscapes. We noticed that the shape of the sound waves looked like a cityscapes, so we used acrylic paint in black, blue, and white to create backgrounds for them. We copied the sound waves onto laminating pouches and placed the background inside.”

To find our more, go online to:  www.nationalgallery.org.uk/exhibitions/take-one-picture-2020/explore-the-exhibition