Mr Emby is made a Medallist of the Order of the British Empire for his services to Broadstairs.

He is a member of the Rotary Club of Broadstairs, vice chairman of governors at Upton School and has been involved with St Lawrence College, the Broadstairs and St Peter’s Community Centre Trust and The Arts Society Thanet.

Also honoured is an occupational therapist who, in March, pulled together a range of resources to be shared across Kent and Medway NHS and Social Care Partnership Trust (KMPT) to support patients who needed to stay at home or whose community programmes had to temporarily stop because of the restrictions. 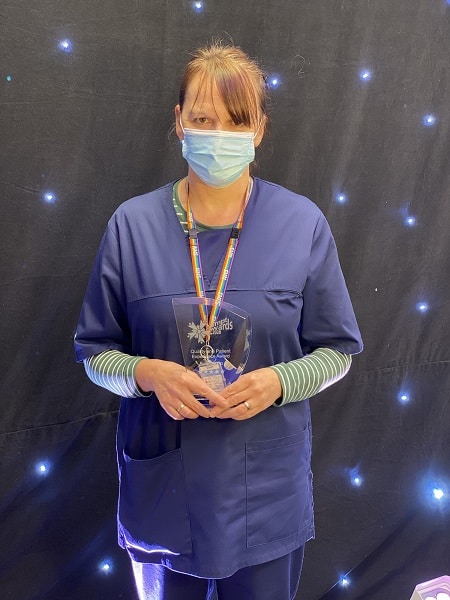 Justine Norris,from Deal, has been recognised with an MBE for her contribution to mental health services, in particular during COVID-19.

Her resource pack was quickly recognised as an essential tool that would benefit people in KMPT and beyond. Justine and her colleagues shared the pack across social media platforms and she was quickly contacted by people from across the world asking permission to use her resources.

Justine has worked as an occupational therapist for six years and started with KMPT on an inpatient ward before joining one of KMPT’s crisis teams.

She started training at university to become an occupational therapist after her mother passed away following a battle with cancer.

She said: “I was caring for mum for some time when an Occupational therapist came to see her. She was incredible and thought about mum’s needs outside of medication. I instantly knew this was something I would love to do.”

The New Year Honours List 2021, published today (December 31), demonstrates the incredible efforts of hundreds of public sector and community workers throughout 2020 and beyond.

In a year that has truly tested the resolve and determination of those on the frontline, the New Year Honours List includes 1,239 recipients, recognised for their extraordinary contributions in all four nations of the United Kingdom.