Ramsgate business Riga Flooring has set up awards in recognition of the  hard work and achievement for two students at The Royal Harbour Academy.

One, in memory of Debbie Hill, is for the best student, which was awarded to Daisy in Year 12.  Debbie Hill was a former employee of Riga Flooring who sadly passed away in 2016 following a short battle with cancer.

Deputy head Mr Holmes said: “Daisy is one of our brightest most creative students at The Royal Harbour Academy. She is extremely dedicated to her work and she achieved exceptional grades in her GCSE’s and is predicted to achieve historic IB results this year.

“Daisy is an excellent independent worker who has a great attention to detail. She has shown excellent team working skills and demonstrated creativity and flair in the work she produces. Her evaluative write-ups are excellent and she has strong critical reflection in her own work.

“Daisy has been a valued and proactive student at The Royal Harbour Academy with involvement in the student council, parent’s evenings and many other extra curricula activities both whole school and within her year group. She will always rise to the challenge and often go above and beyond to achieve exceptional standards in the work she produces. I have no doubt that she will excel at University.” 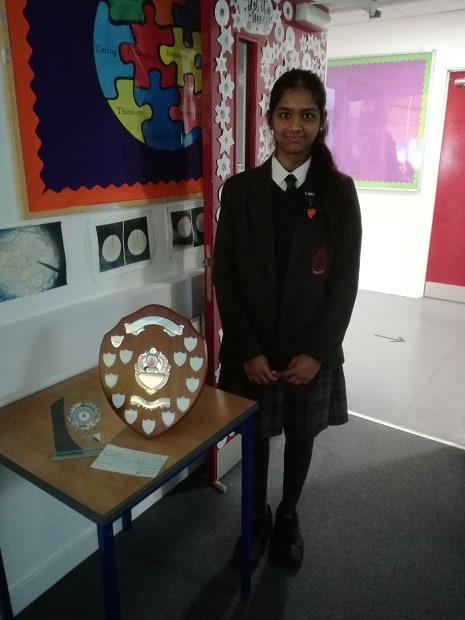 The second award, in memory of Scott Harmes, is for the most improved student, which was awarded to Renuga in Year 8.

Scott Harmes was a local young family man who sadly passed away in 2013 aged 29.  He had strong ties with Ramsgate’s Royal Harbour, through attending the Sea Cadets and his grandfather being a lifeboat man and inshore fisherman.  Scott’s family are very grateful that this award is being sponsored by Riga Flooring in his memory.

Mr Sexton, Head of Lower school said “It was very special to see Renuga being recognised for her hard work and commitment. She is a very popular student amongst both her teachers and fellow students and is fully deserving of this award.”

The prizes were presented to Daisy and Renuga, virtually, by Raushan Ara, Mayor of Ramsgate.