A plot of land earmarked for a new housing development could be transformed into a garden oasis for Cliftonville Primary School children.

Parents and residents have united to oppose the 20-house development at the former Laleham Gap site saying it would be overbearing and intrusive – especially for Reception and Year One children.

The land is owned by Kent County Council and acts as a natural buffer between the school on Northumberland Road and the Mulberry Place housing estate.

Developers, Orbit Homes submitted a planning application on October 8 which has so far attracted a staggering 57 objections due to its proximity to the school playing field and loss of green space. 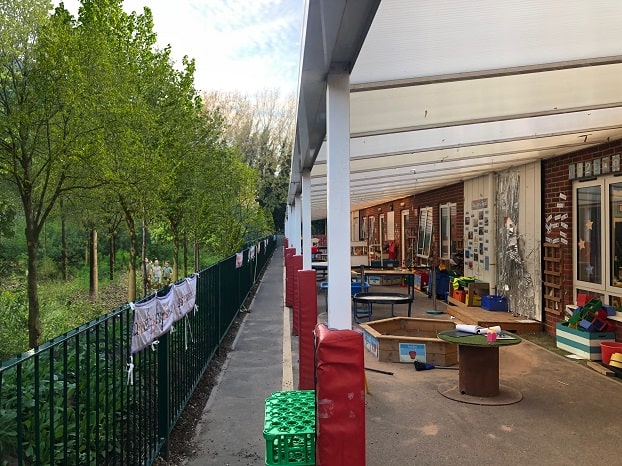 One comment argued there were safeguarding issues as the houses would directly overlook the children. The school issued a letter to parents saying KCC had promised the land would not be developed but the authority has not confirmed this.

Eager to offer a pragmatic and positive proposal, parents created plans  of how the land could look with the potential for educational classes and nature-themed activities.

Parent Georgina Griffiths says their alternative vision of a woodland oasis would support both council’s green pledges. She said: “This could be a great opportunity and we hope to collaborate to create a green corridor and work with KCC and TDC on some of their green initiatives and also help meet government net zero carbon targets.”

“Covid has caused huge health and economic problems exacerbating mental health conditions. We hope this will be a haven for the community and also provide the potential for educational and learning benefits for all – especially for Cliftonville West which has one of the highest levels of child poverty in the county.”

She added: “We’d like to plant one tree for every child at the school as well as finding other ways to boost biodiversity. The space will help with air quality while providing and protecting important natural habitats.”

KCC has previously pledged to plant 1.2m trees for every person in Kent and Thanet council passed a Climate Emergency motion dedicated to

KCC has confirmed it is in liaising with the Cliftonville Primary School over the development.