There was plenty of festive cheer and fun at St Lawrence College in Ramsgate this term with an action packed ‘Twelve Days of Christmas Countdown’ for the children.

Events included important traditions such as Christmas dinner with festive jumpers and crackers, a beautiful carol concert filmed in the School Chapel and festive classroom parties. These were combined with a range of exciting new events which included a virtual call with Father Christmas answering questions from letters the children had written and posted to the North Pole. 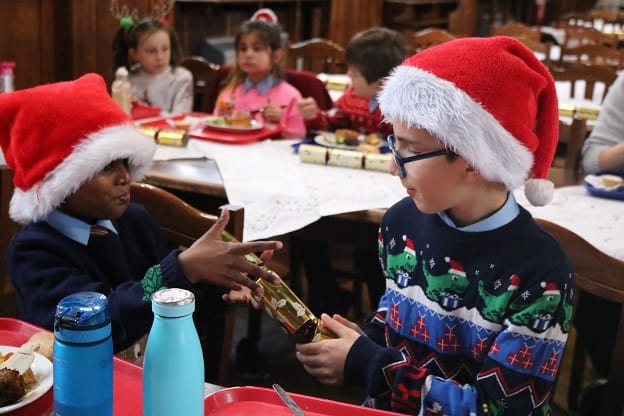 There was even an online Christmas quiz broadcast into each of the classrooms. The main highlight for families was the Nativity feature film, which was set outdoors in the Forest School. The setting allowed for a delightful surprise, when  Year 1 pupil Georgiana was filmed as Mary being carried to Bethlehem on her donkey. With the addition of some hay bales, the Forest School barn was transformed into a cosy stable for the Nativity story to be told. 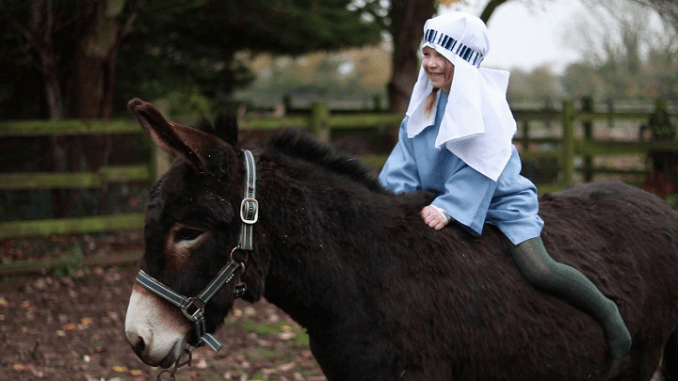 Georgiana said: “It was very strange riding in my Mary costume and being filmed, but I loved riding my donkey, we got very muddy in the field!”

Head of Pre-Prep Sarah Peskett said: “The Nativity Play is such a traditional part of our Christmas celebrations, and therefore we had to find a way for it still to go ahead this year. The children have loved being filmed outside and were excited to watch their performances.” 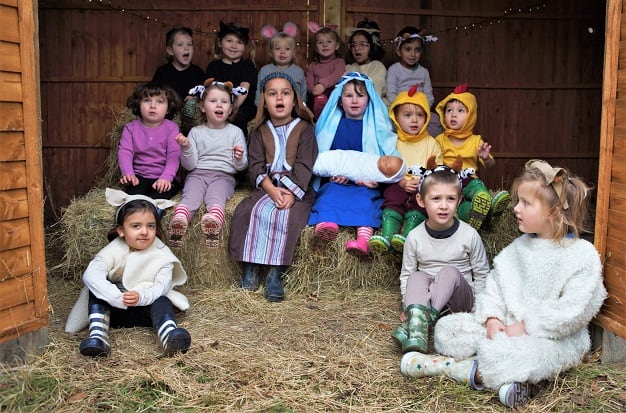 Each class from Nursery to Year 2 portrayed a different part of the Nativity story, with a Mary and Joseph in each class bubble. The children worked hard to learn seven original songs plus the traditional favourite ‘Away in a Manger’. Each class bubble filmed their singing and acting individually, before the whole production was edited together. 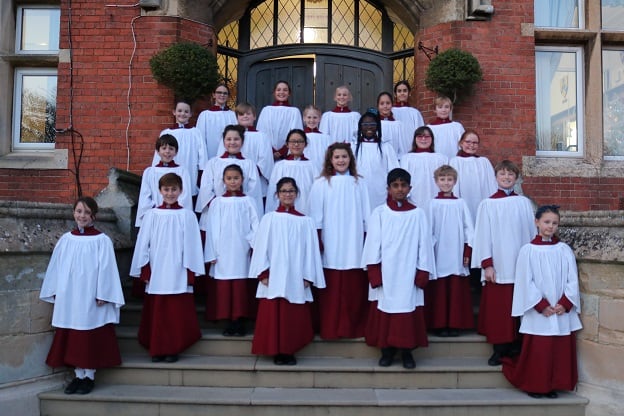 Junior School Head Teacher Ellen Rowe said, “The team used the difficulties of COVID to inspire new safe ways of celebrating, which resulted in twelve innovative Christmas Countdown events. Following the success of this year’s Nativity film, I’m not sure we will return to the Taylor Hall stage; we may decide to keep having fun outside with our own, rather special, little donkey.”