“Long before people realise they are in poverty, they have often given up hygiene items. Things like shampoo are seen as a luxury but they’re not,” says Liberty Jones who is the driving force behind the Thanet Hygiene Bank.

The Ramsgate resident says hygiene poverty is widespread on the isle and the impacts can be everything from schoolchildren being bullied about a lack of cleanliness to adults missing out on job interviews because they simply can’t afford the basics for washing.

The 30-year-old, who works at a brokerage firm in the City, said: “Working with primary schools, you soon see that some kids don’t have much at all. Long before people realise they are in poverty they have often given up hygiene items, so there are people who will washing their body with washing up liquid.

“One of the schools I work with asked for toothbrushes and toothpaste and for me to do an assembly about brushing teeth because there were kids with black stubs. They wanted to intervene before the new teeth came through and teach children how to look after them.”

Liberty set up the Thanet hygiene bank branch at the end of 2018 with her first collection made in early 2019. Initially she had been making packages with hotel soaps and other items and giving them to people sleeping rough.

She said: “I realised that may have been insulting for some people and thought there must be someone out there doing something about this. I googled and found the Hygiene bank and got in touch. I was moving back to Thanet and they asked me to set up a project here. It was perfect as coming home meant that although I still work in the city -up until covid – I was here more and we do need this in Thanet.” 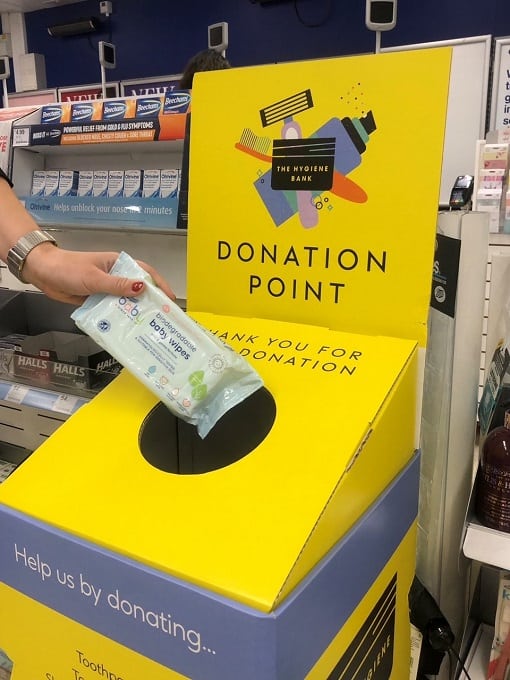 Thanet’s first drop off point for people to donate toiletries was at Haeckels, the natural brand and laboratory-shop opposite The Lido at Cliff Terrace in Cliftonville. Budgens in Broadstairs, and Pamper and Polish and Holy Trinity Church in Ramsgate were then added.

Continued growth of the scheme means there are now nine drop off sites, although due to covid only three are currently open at Holy Trinity Church in Ramsgate, Boots Ramsgate and Boots Westwood Cross.

Liberty collects items from the sites, checks them to make sure everything is sealed and appropriate, weighs it and then distributes to partners who then make sure items go to the people who need them.

Liberty currently works with Thanet Winter Shelter,  and charities and initiatives such as Hardres Street Drop In Centre, Oasis, Porchlight, Quarterdeck Youth Centre, Sanctuary Supported Living, Thanet Food Link, Our Kitchen on the Isle of Thanet’s ‘shop’ at St George’s Church in Ramsgate and a number of primary schools. 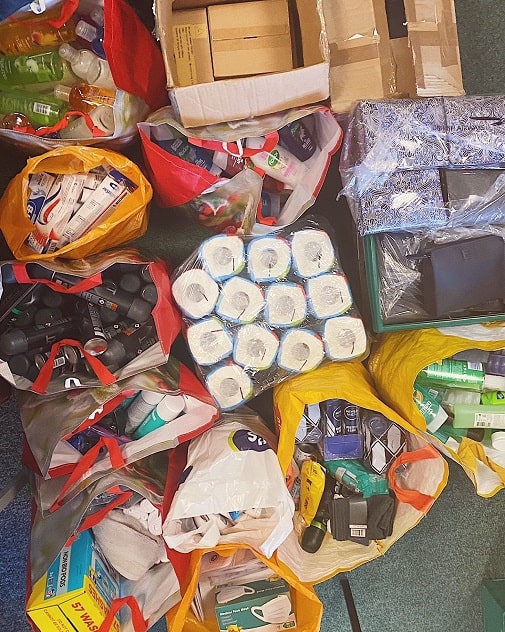 “I am hopeful we will reach 3 tonnes by the end of 2020, which will be a great achievement.”

More than 14 million people in the UK live in poverty – that is one fifth of the population – and two thirds of those are people in work.

Nationally more than half of 18 to 24 year olds have had to go without hygiene or grooming essentials or cut down on them due to lack of funds and 8 in 10 primary school teachers say that they’ve seen a rise in the numbers of children coming to school unwashed or not looking presentable in the last five years and have found themselves intervening at an increasing rate. Nearly half of all teachers said they had seen bullying because of hygiene issues.

Liberty said: “It is a hidden pandemic. It is something that is not talked about and we need to raise awareness because this poverty results in bullying in school, people not having the confidence to go for jobs and students missing education because they do not have sanitary products.”

Due to several of the hygiene bank drop off points being closed liberty has set up an online wish list where people can donate towards vouchers or items such as nappies, toothpaste, deodorant and other items.

This can be found at https://www.easho.org.uk/apps/giftregistry/registry/86261

She has also recently created an Instagram page @thbthanet which will keep everyone up to date with the hygiene bank activities.

Liberty can also be contacted via email at  thbthanet@gmail.com

Find out more about The Hygiene Bank charity at https://thehygienebank.com/