Margate’s Social Singing Choir has released its Christmas single today and each sale will raise funds for the Thanet Winter Shelter homelessness scheme.

The choir, first formed in 2018 after a call out at the end of 2017 and led by musician, songwriter and vocal coach, Hughie Gavin, has recorded a cover of River by Joni Mitchell.

The single costs £1 to download, with all proceeds going to the shelter, and extra donations can be added if wished.

The scheme, run through a partnership including Thanet council, Serveco, the homelessness RISE team, and groups such as the Salvation Army Ramsgate, has undergone changes due to Covid restrictions.

Instead of multiple church venues hosting rough sleepers overnight and for breakfast and evening meals with people required to leave during the day, accommodation will be in one district building which has separate bedrooms and shower facilities and will be open for clients 24 hours a day, 7 days a week.

There are 18 bed spaces plus additional capacity if needed, and the 24-hour service means there can be the introduction of ‘trauma informed’ activities. 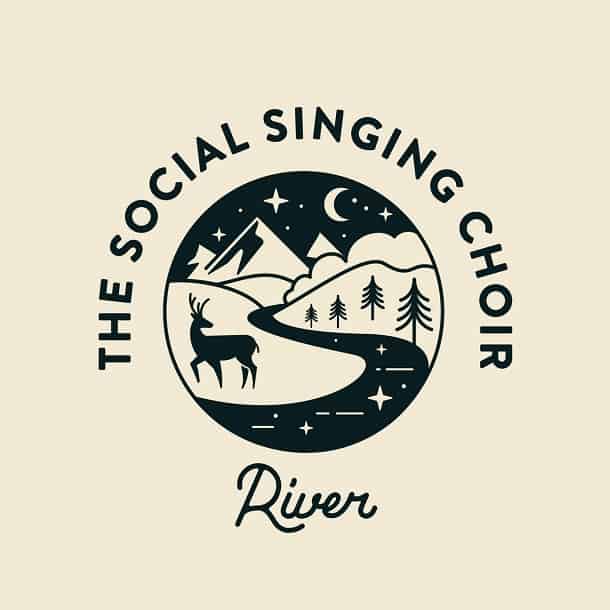 Cover artwork for the single has been created by Telegramme and can be bought either framed or unframed with the profits adding to the support for the Thanet Winter Shelter.

Choir member Rebecca Douglas said: “All the proceeds go to the Shelter, which is struggling with the increased pressure of covid – meaning there’s more people who’ve become homeless in the area but also more complications with room sharing.

“The single is such a 2020 socially distanced creation. Community is at the heart of our choir. We invited anyone locally to sing the melody line and we learned this over zoom  with  MV Studios. We each recorded our parts and harmonies on our phones and emailed them to Hughie who mixed them.

“It is such an incredible sound, you would think we were in the room together. “⠀⠀

Hughie added: “Since the choir started we’ve partnered with lots of local charities to raise both funds and awareness within the local community. As we can no longer perform together we wanted to come up with a way to continue this work.

“As we headed into another lockdown I was aware this has been a very difficult time for people both financially and emotionally. So we opened out the song for anyone in Thanet/Kent who wanted to add their voice to the Christmas choir. More than 100 people added their voices, which was an overwhelming response.

“As well as raising funds for Thanet Winter Shelter the idea was that it would also be something positive for those needing a little boost in the area.

“The Social Singing Choir is not your average choir. The aim is simple, to sing some awesome songs together and have a good time. Singing makes us feel good and it brings people together and with that in mind each term of the Social Singing Choir builds towards a concert in aid of a local charity. So far we have raised money for Thanet Winter Shelter, Oasis Domestic Abuse Shelter and Margate Pride.”

Within a few months of launching the choir had performed several big shows including Dreamland’s summer concerts, Margate Pride, and recorded vocals for the Swim Deep album ‘Emerald Classics’.

Earlier this year the choir produced a remix album for Moshi Moshi Records, which featured some of the labels hits from the last 20 years such as Florence & the Machine, Friendly Fires, Hot Chip.

The Social Singing Choir welcomes new members and there are no auditions and no need for previous experience.⠀⠀⠀⠀⠀

Find the River single at https://thesocialsingingchoir.bandcamp.com/