While a certain set would have you believe that, after Turner left, it took another 150 years for London artists to rediscover the area, the truth is that there were DFLs here in the years between the two World Wars.

Members of the East London Group, fashionable in the 1920s and 1930s but largely forgotten until a series of retrospective exhibitions in Southampton, Southend and London in 2016-17, came to the Isle of Thanet a number of times. Their visits are recorded in drawings and paintings of Broadstairs, Margate, North Foreland and Ramsgate. They also took photographs, for reference, of scenes including the bandstand at Broadstairs and the North Foreland lighthouse.

The East London Group started out as an art club at the Bethnal Green Men’s Institute. The artists started showing work together, and selling in London’s fashionable West End galleries. They exhibited alongside some of the most prominent artists of the day.

They painted scenes of real life – buildings, streets, and landscapes. Their Isle of Thanet paintings have something of the atmosphere of Edward Hopper’s American landscapes, capturing ordinary buildings and unexceptional landscapes.

Lilian Anne Leahy was born in 1909, in Holborn. Leaving school at 14, she found work first as a window-dresser, and then decorating china and perfume bottles. In about 1926, she started taking art classes at the Bow and Bromley Institute under tutor John Cooper.

Leahy exhibited at the Whitechapel Gallery  in 1928, and then annually with the East London Group from 1929 to 1936. Through the group she met her future husband, Elwin Hawthorne.

Hawthorne was born in 1905, in Poplar, and his interest in art led him to art classes at the Bethnal Green Men’s Institute and later the Bow and Bromley Institute. In 1928, he started work as Walter Sickert’s studio assistant: a position that he held for about three years.

Sickert was a well-established artist, and between 1934 and 1938, he lived in St Peter’s, with a studio in Margate. Sickert delivered a series of six lectures at Margate School of Art, and exhibited at Lovelys, on Northdown Road. Sickert mentored the East London Group, and exhibited with them three times. 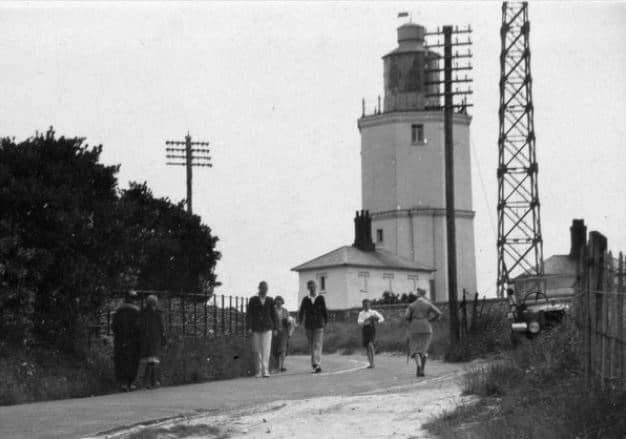 Like Hawthorne, Cecil Osborne was born in Poplar. By the age of 16 he was attending a commercial college, while painting as a hobby. Early in 1929 he showed his work to John Cooper, who was already teaching Leahy and Hawthorne, and before long Osborne was also attending the classes.

There he met Walter James Steggles, known as Wally, who was born in Highbury. Wally and his brother Harold had joined the art classes at the Bethnal Green Men’s Institute in 1925, moving to the Bow and Bromley Evening Institute when their tutor Cooper moved there in 1926.

The Steggles brothers, accompanied by Leahy, Hawthorne, and Osborne, were soon driving together to the Isle of Thanet, at a time when motoring became affordable, egalitarian and popular. The Isle was a popular place for people driving out of London – the string of 1930s garages, pubs and hotels that still litter the road from London show it was fashionable enough to attract the latest architecture.

The Isle inspired some of the group’s finest and best-known works. 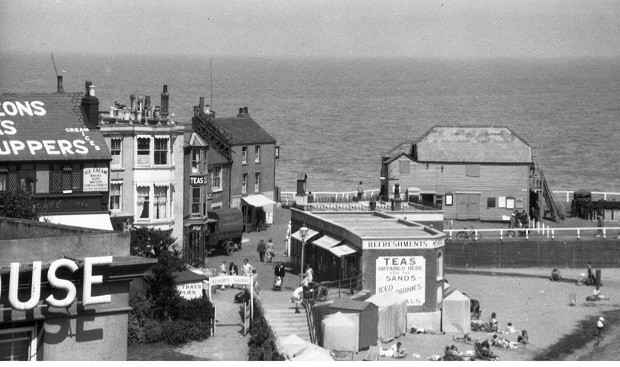 In 1931, Hawthorne painted rooftops in Broadstairs, sketched the town’s bandstand, and painted the North Foreland Lighthouse, editing out the latticework radio mast to present a more rural scene. That painting was used by Shell, who produced a series of posters of scenes of England with the slogan ‘Everywhere You Go You Can Be Sure Of Shell’, to encourage more people to take to the road. Hawthorne’s North Foreland poster is held by the V&A museum.

Wally Steggles would return to the same view after the Second World War, painting his own North Foreland Lighthouse over an old picture by Hawthorne!

The two artists had been close friends and in 1936,  Elwin Hawthorne and Walter Steggles were selected to represent Great Britain at the Venice Biennale.

Some 70 years later, the Isle of Thanet’s own Tracey Emin would receive the same honour, with her installation ‘Borrowed Light’.