Calls have been made to introduce mass coronavirus testing in Thanet as the government “finalises” plans for a potential rollout in the county.

The east Kent district is said to be at “tipping point” with rising hospitals admissions and many schools affected by Covid.

Earlier this month, Liverpool took part in a city-wide trial for Covid testing for its almost 500,000 residents. British soldiers from the armed forces were brought in to support the effort in the north west of England province.

Liverpool recorded 292 weekly cases per 100,000 people from November 6 to November 12 while 481 has reported over the same period in Thanet. The rate of weekly positive cases on the isle has more than doubled in the last two weeks.

It adds that at an assumed COVID population prevalence of 2% in Liverpool, one in five LTF positive results will be false positive. They will require confirmatory Polymerase Chain Reaction (PCR) testing.

More than 100 intensive beds have made available for patients in Kent hospitals and a “close eye” is being kept on the situation by local public health chiefs.

Several Kent schools have also decided to temporarily shut, including Ursuline College in Westgate, which has more than 700 students and put in place a full closure until December 1.

Margate county councillor Barry Lewis (Lab) said: “I think Thanet is at a tipping point, given that most of the 49 schools in the district have been affected and Ursuline College has closed for two weeks.”

Cllr Lewis, who is also a Kent County Council (KCC) public health committee member, added: “Thanet is in a precarious position and we need help from the government immediately or we are looking at potential disaster.”

Thanet council, which represents more than 140,000 people, has said it would “support” the move. A spokesman said: “The number of cases in our district has risen sharply and we all need to take action to respond as a community to protect Thanet.” 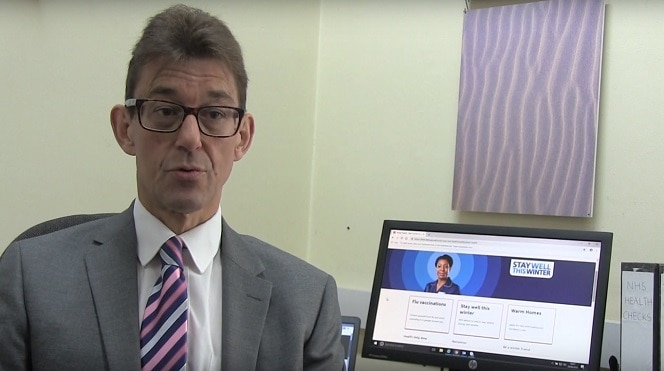 KCC’s public health director Andrew Scott-Clark said Maidstone County Hall is in the process of “finalising” plans with the Department of Health and Social Care for mass coronavirus testing in the county.

No specific locations have been revealed as another outlier. Swale, still faces the highest levels of positive cases in the county and one of the highest in the country at 531 weekly cases per 100,000, from November 6 to November 12.

If approved, the ‘lateral flow’ test will check if people have Covid and gives results in less than an hour.

Mr Scott-Clark, who also says a county-wide track and trace system could be ready by the end of November, added: “We are in the process of finalising our plans and liaising with the Department of Health and Social Care to request supplies of lateral flow devices (rapid testing).

“Mass asymptomatic testing is a significant undertaking that requires planning.

“Whilst it is an important part of managing the pandemic, it is not the solution and any testing needs to be alongside all the other public health measures such as social distancing, wearing masks and washing hands.

“The main thing people can do is to follow the national restrictions and self-isolate if they have symptoms or have been advised to self-isolate.”

She said: “We need clarity on what the next steps will be as the second wave grows.  There’s no doubt that we need to use lateral flow devices for rapid testing to identify asymptomatic people. The critical importance of this cannot be over stated as we need to protect those at risk and older people. Without urgent action to prevent Covid transmission, we run the risk of overwhelming our NHS.

“I’m urging people to take all the sensible precautions that they can, and to follow the guidelines.

“Clearer guidance is now needed for school and college students. In particular, whilst many students are successfully in ‘bubbles’ there are anxieties about GCSE and A level exams due in 2021. Both our local MPs are failing to respond to parents and carers requests for exams to be suspended and for teacher assessments to be made. This would alleviate some stress and pressure on our young people.” 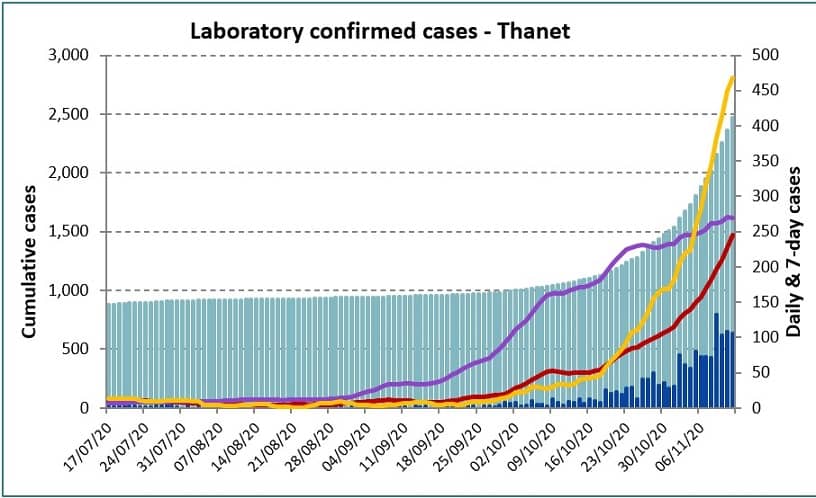 The Department for Health and Social Care has not ruled out the idea but did not want to provide an official response.

What are PCR and Later Flow Tests?

Polymerase chain reaction (PCR) testing is where a swab is used to collect an RNA sample (the nucleic acid that converts DNA into proteins) from the patient’s tonsils and inside their nose.

RNA is collected as it carries the genetic information of this specific virus.

This is then sent to a laboratory where the sample is heated and cooled so it multiplies into larger quantities of DNA.

Bioscientists can then see whether the SARS-CoV-2 virus (the virus that causes COVID-19) is present.

Because of the process, PCR test results take about two days.

These tests are designed to identify asymptomatic people and use similar technology to a pregnancy test.

No laboratory equipment is needed as a few drops of liquid are then dropped onto a small strip.