Another lockdown! OK Virus you’ve had your fun so now can you please go?

We’ve washed our hands until the skin fell off, sprayed our shopping, bleached our friends and you’re still around! You’ve tried to kill off our royal family and change British history – you nearly did for two heirs to the throne and made that nice American actress queen. Well perhaps that wouldn’t have been too bad….

You’ve dominated my life for eight months, decided who I see, what I do and what I spend money on. You’ve stopped me seeing old friends or hugging the kids in my life. I can’t visit my mate in Amsterdam or my friend who is desperately ill.

A relationship counsellor would say you’re a control freak targeting the vulnerable and I should be rescued from you. HELP!!!

But, Covid, I have to be honest. I know it’s not your fault. You were hiding in a pangolin or some other exotic creature that somebody ate for dinner.

We humans did the rest, travelling around the world, flying in food we don’t need and ought to grow ourselves, and generally making money by clocking up the air miles.

You fell on your feet with a lot of politicians in the early days who thought perhaps it would be  ok to do very little because we were building up “herd immunity”. After all, taking firm action might be really expensive and wouldn’t make enough for the private companies they thought should replace proper NHS services.

You convinced a lot of them to take you seriously in the end – by infecting most of them.

I admit some things have been good. I’ve enjoyed being able to wear my disintegrating old clothes, like my favourite shirt, even though it’s fallen into holes. But all people see on zoom meetings or video chats is the nice blue!

You brought out the best in our communities – people who did shopping (thanks Aram), made cakes (thanks Annie), brought me excess cucumbers (thanks Mary) and sent me sewing machine needles and Velcro when all the shops were closed and I was in the middle of making a wizard costume for small child I probably can’t see until he’s lost interest in dressing up (thanks Lynne). 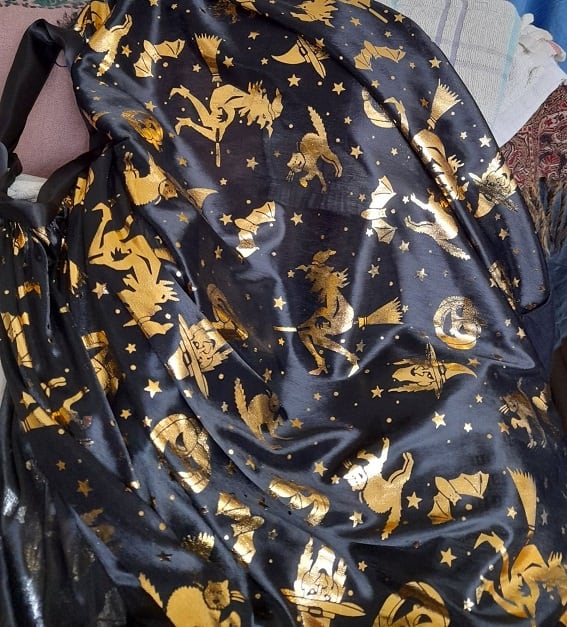 But you also destroyed the mental health of more people than we as yet know, and took the lives of valuable members of our community, doctors, nurses, carers and key workers like bus drivers.

I know you’re not entirely to blame – why did nobody understand how ingenious you were in getting round face masks that didn’t fit, or convincing NHS managers PPE had to be rationed because nobody had enough?

You must have laughed yourself silly seeing us all clap for the NHS workers while our politicians were planning to show their appreciation by not giving them a pay rise, and not recruiting more of them. So you had a nice entry into demoralised, rundown health workers who got so much of you their immune systems couldn’t cope.

Now you’ve whizzed round the universities like a Jack Russell on speed and convinced a few people who don’t like being told what to do to gather in London and campaign against face masks and hand washing. What weird stuff to get anarchistic about! But not surprising you’ve confused us when even our government won’t listen to the scientists who’ve had a healthy respect for you and think getting shot of you comes before everything else!

Well enough’s enough! Time for you to go. We need to beat you – we should all get indoors and stop socialising. It’s only natural people want to enjoy themselves. It’s only natural they want to go to the pubs. But unfortunately so do you!

Watch out for a meeting of Save Our NHS in Kent on staying alive in a time of covid.