Sleepyheads are bright-eyed and bursting with energy the next day – that’s the finding of a sleep challenge at Newington Community Primary School in Ramsgate.

More than 200 children and their families took part in a four-week initiative and completed a sleep-monitoring chart to meet practices that encouraged pupils to plan their own bedtime routine.

Assistant Head Teacher Taralee Kennedy and Hannah Pullman, literacy leader, co-ordinated the challenge that also highlighted the value of bedtime reading as a core part of the sleep routine.

Mrs Kennedy said: “The idea was to raise awareness of all the positive aspects that boys and girls receive from a restorative night of good sleep. 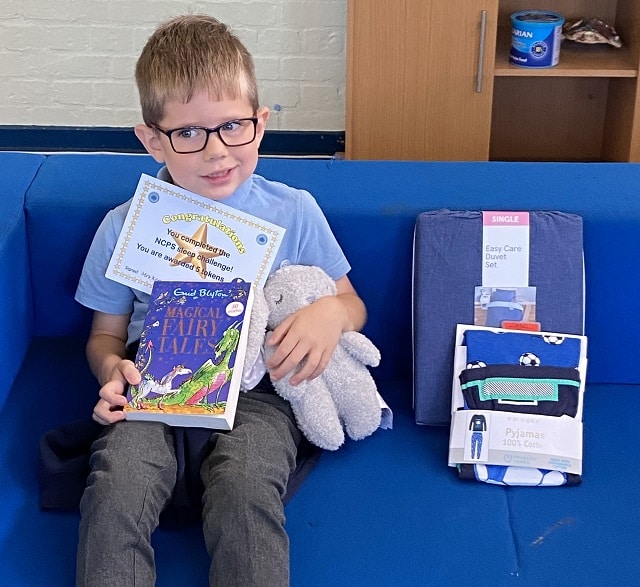 “Getting into a bedtime routine is really paying off. Looking at the children who have returned the challenges, it is really clear to see how ready they are for their learning and the day ahead.

“The added reading has also meant that children have progressed with their learning too. We know that the real prize for completing the challenge and getting a good night’s sleep is a better frame of mind, increased well-being and behaviour, and a great routine.”

Every pupil who took part received a sleep challenge certificate and was entered into a prize draw to win sleep-themed goodies including pyjamas, a duvet set, a cuddly toy and a bedtime storybook. The winners were Reggie, Reagan, Grace and Ronnie.

Mrs Kennedy added: “We know that the real prize for completing the challenge and getting a good night’s sleep is a better frame of mind, a readiness for learning, increased well-being and behaviour and a great routine.

“We will continue to emphasise the importance of sleep to children’s mental health and well-being through PHSE lessons and further assemblies.” 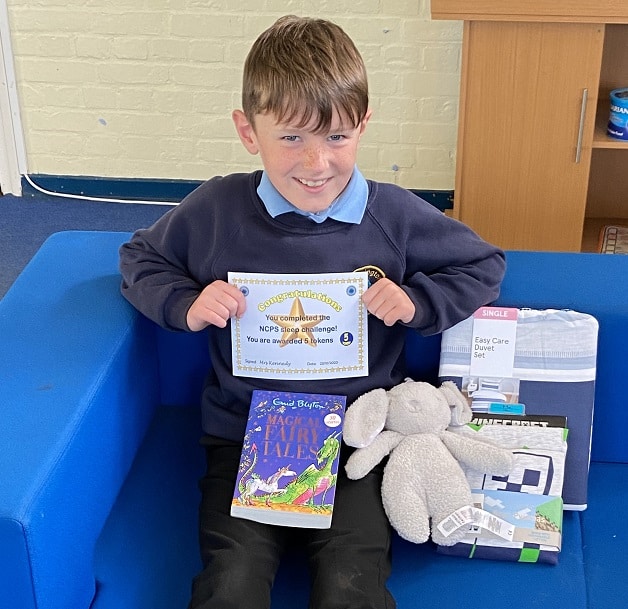 She also thanked the families for their support in the challenge. “We couldn’t do it without them,” she said.

Head Teacher Cliff Stokes believes the sleep challenge is important as it reaffirms routines at bedtime. He said: “It is clearly proven that this helps a child be far more attentive and ready to do their best the next day. A bad night’s sleep can impact greatly whereas a settled sleep pattern every night ultimately makes children better focussed, organised, happier and healthier.”