Two top honours in the UK Young Audio Awards 2020 are now proudly on display in the entrance hall at Newington Community Juniors in Ramsgate.

The school’s Triple A radio team has been waiting to receive the awards since this year’s virtual ceremony was streamed nationally in May.

Now the Most Innovative Team and the Best Primary School Radio Station 2020 awards have arrived at the school and are on show for all to see. 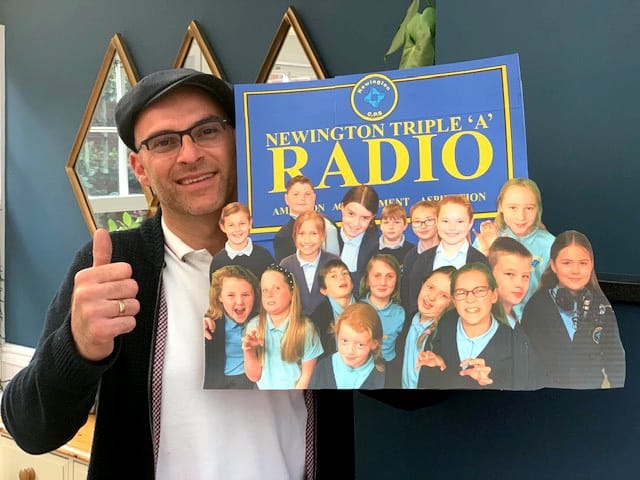 Music teacher Warwick Eldred is pleased and proud. He said: “It is such an amazing achievement and a real tribute to the effort, teamwork, dedication and talent of our pupils and the Triple A Radio crew.

“We started off in 2016 with a handful of pupils in an after-school club and now we have whole classes getting involved in radio production, presenting and recording.

“To win national radio industry awards that recognise this teamwork and outstanding quality is like a dream come true.

“And as our Team Newington song says: ‘The thing that makes the dream is when we work as a team’.” 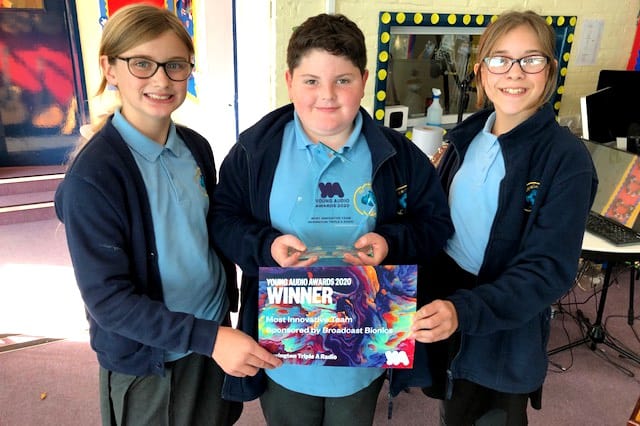 The gala awards ceremony – described as the ‘Oscars’ of the radio industry – was due to be held at the BBC Radio Theatre in London. Due to social lockdown the event was streamed live, presented by Radio 1’s Matt Edmondson and Mollie King, with special guests including DJs Greg James and Annie Mac.

Fleur East from Hits Radio announced the innovation award. She said: “Well done Newington on this incredible achievement.” The top primary school radio award was revealed by Bex from Fun Kids Radio. She said the standard across the category was “incredibly high” and congratulated Newington’s Triple A on running a fabulous station.

The school was also shortlisted in two other categories – best use for education; best podcast for its Remembrance assembly special. 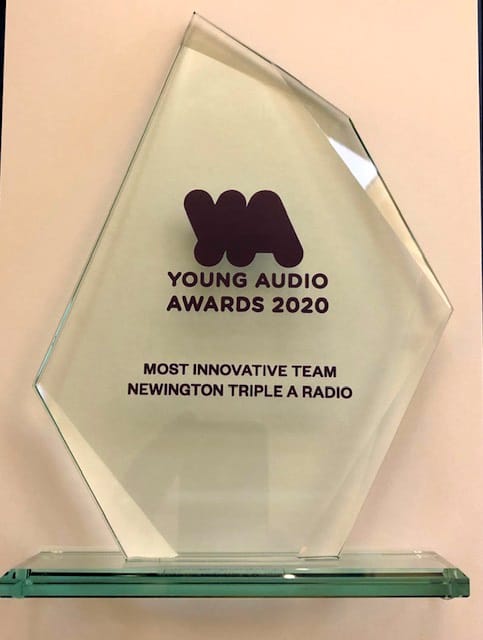 Last year Triple A triumphed in two categories – achievement in the community; and best use for education.

Although other prizes, including a trip to radio stations such as Radio 1 and 2, have not yet happened due to pandemic safety restrictions, the Newington team couldn’t be happier to have their work recognised.

Head Teacher Cliff Stokes said: “This is a whopping achievement for our children. To be part of such a forward-thinking project is brilliant for their communication skills and technical learning. To then see their enthusiasm and aspirations recognised nationally shows just what can be achieved with enthusiasm and determination.” 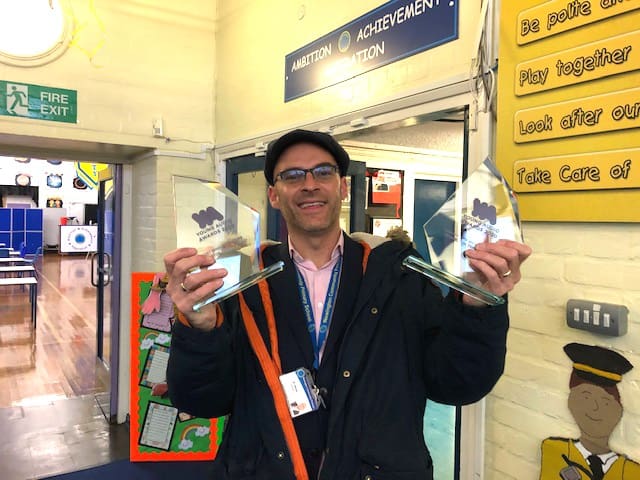 Triple A Radio stands for the Newington core values – Ambition, Achievement and Aspiration.

Find out more about Triple A Radio – including the Halloween poetry corner – via the school’s online platform www.newington-ramsgate.org.uk