UPDATE: News that Mary had been found in Margate was a false alarm. There was a mix up with the original identification. A few hours later, Mary was found in Croydon and taken to hospital and identified by family. Met Police has confirmed Mary is now safe.

An appeal has been made for help to find a missing 72-year-old from Sydenham/Bromley who may be in Margate.

Mary Bonner disappeared from her home on Tuesday evening at around 5.30pm-6pm and is now missing. Her family say because she suffers from dementia, it’s critical she’s found as quickly as possible given both COVID and the cold weather.

The last image of her from Tuesday catches her on CCTV acting confused and approaching the door in question several times. She then walked off, and her whereabouts since is unknown. 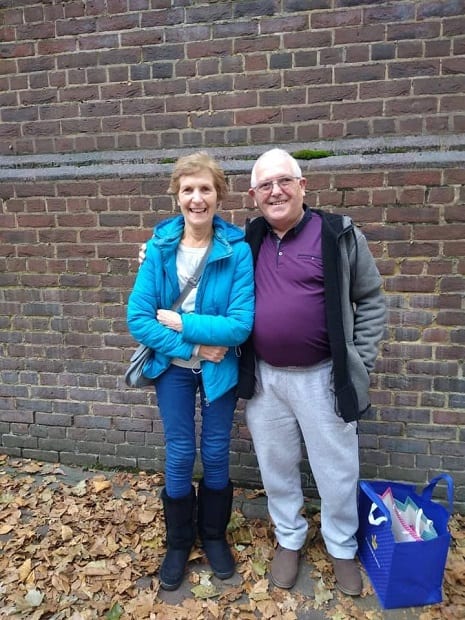 She was last seen in the pictured bright blue coat, a stripy jumper, dark trousers, and black boots. It seems unlikely she will have had a mask, but owns a black mask and a mask with a dog on it.

Family friend James Manuell said: “We have shared to several facebook groups, and a lady in Margate reported seeing someone matching her description using the public loos by Margate beach looking quite lost and confused. She formerly worked in central London, and it’s entirely possible she has been able to use a train and travelled into Kent.

“The police are involved, and any reports of her should be reported to the police missing persons unit.”

Detective Constable Steve Donovan said: “Mary’s family are absolutely beside themselves and cannot rest until she is home safe with them. She is vulnerable and the weather is poor at the moment – it is imperative that we find her and make sure she is safe and well. Please look out for Mary and, if you see her, call police immediately.”