Councillor Pauline Farrance has voiced concerns that too many patients in Thanet are facing delays in getting to see doctors, with potentially disastrous consequences.

She said: “Thanet is an area of high deprivation, the kind of area where people are likely to be in greatest need of primary care. Thanet has the second highest child poverty rates in the south of England and the highest in Kent. If anyone needs quick and easy access to their doctors, Thanet people do, and my fear is that many are not getting it.”

Talking to her constituents, Pauline has uncovered a range of problems. She has been told that just to get an appointment, many patients are waiting for up to an hour on the phone from 8am. If they phone about half an hour later, many are still put on hold for nearly an hour, only to find out that all the appointments have gone.

Cllr Farrance said: “This is almost impossible for many people –  the financial cost; people with hearing or mental health difficulties; people trying to look after their children. Generally patients are being asked to put their life on hold for an hour — and many find it hard to do this. And when you do get an appointment it can be any time in that day.”

Many residents are offered telephone consultations but, while these suit some patients, others struggle with them.

Cllr Farrance said:  “Many people find it difficult enough to explain their symptoms anyway, let alone to a stranger over the phone. And people with hearing difficulties or mental health issues may be severely disadvantaged or just put off doing the consultation because it’s on phone. This is especially the case if English is not your first language.”

She says the alternative of consulting an online system can present even more problems, adding: “Many Thanet surgeries are using a system called Econsult,  which takes ages and asks many irrelevant questions.  Patient representatives have declared that is it not fit for purpose.  Other alternatives are available, for example, online email communication with my elderly aunt’s GP in South London has been very effective.” 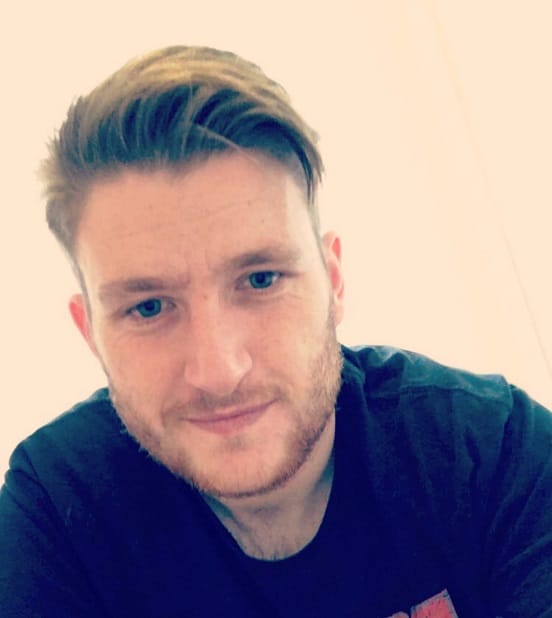 One of those patients facing difficulties is Richard Bottone (pictured above), from Margate, who says he is struggling to get an appointment and is running out of medication.

The 29-year-old has been a patient at The Limes all his life and says for the last three-and-a-half years he has suffered ill-health which is becoming more extreme and leaving him virtually housebound.

He said: “Over the last three-and-a-half years I’ve had lots of appointments, rightly so as my conditions became extreme, and I’ve had to wrestle with doctors to get medication and help during that time. If you don’t call by 8:30am-9am the chances are you won’t even get an appointment.

“I have been seen by neurologist Dr Davies of the London Charing Cross Hospital and my suspected condition is Fibromyalgia. These symptoms increase and decrease but never leave, so I do all I can to manage them but am housebound 75% of the time due to the severity of the condition.

“The medications won’t be allowed on the simple repeat prescriptions due to needing you to be monitored and  two are controlled substances, so by the GP request I have to speak to them before they are administered. But this is no easy task as the GP doesn’t seem to want to prescribe them.

“I have no other choice but to request them as I’m very very unwell and uncomfortable.

“This week I waited 35 minutes on hold but was then told I wasn’t deemed important enough for an appointment and that the practise manager would call me back.

“When he did he reiterated what the receptionist said, that I have to put it in writing and put it in the GPs’ postbox. But the cross over between my old prescriptions running out and the new ones being processed will leave me a period of time without medicine and that can be dangerous due to the time period I’ve been taking them”

Richard says he has barely got the energy to ring or drop off a request letter and has now complained via the NHS complaint line, although he says they too were unable to get through to speak to his GP.

He added: “The fact I have such a low quality of heath is bad enough let alone wrestling for medication to help and now wrestling for the chance to speak to a doctor.”

GP shortage on the isle

Cllr Farrance believes the root of the problem lies in a chronic shortage of GPs in Thanet.

She said: “The number of patients per GP is generally worse than the rest of the country, but in some parts of Thanet it is absolutely shameful. The national average is 1750 patients per GP but, as an example, at the Limes surgery in Margate, it’s more than 5,000 patients per GP.

“I’ve been told that GPs just don’t want to work in some parts of Thanet. So why not have an incentive scheme?   In education, we offer financial incentives for teachers to work in certain areas and subjects. Why doesn’t NHS England do that here? We need to have ready access to our GPs or the health of our community can only get worse.”

The Limes say they are unable to comment on individual cases but added:” Patients are able to see how to make appointments, by phone or through the econsult service, on our website.

“Currently these are the only ways during this Covid crisis. This is to protect all patients and staff and to help reduce the spread.

Cllr Farrance is urging those who are experiencing problems to get in touch with her by emailing Cllr-Pauline.farrance@thanet.gov.uk