The isle features some of the best independent breweries in the country and has fast become a mecca for ale lovers.

But they may face ruin if new tax legislation is passed by Government that will reduce the 50% duty threshold for small brewers relief from 5,000hl to 2,100hl.

For the past 20 years, Thanet stalwart Gadds’ The Ramsgate Brewery has produced award-winning ales which celebrate traditional Kentish hops.

It was always the idea of making good beer at the home of British hops that inspired them to start out, but independents were faced with high taxation.

But after years of lobbying then Prime Minister Gordon Brown, new progressive guidelines which offered smaller breweries a chance to thrive were ushered in.

Gadds’ owner and head brewer Eddie Gadd says the move allowed the ale industry to flourish with an era of innovation, creativity and diversity for the marketplace.

But, just before Parliament’s summer recess, draft legislation suggested scrapping the tax relief small breweries get – a move that could spell financial ruin for an industry already battling the Coronavirus downturn.

Now, the isle contingency is fighting back with breweries uniting to oppose the move. 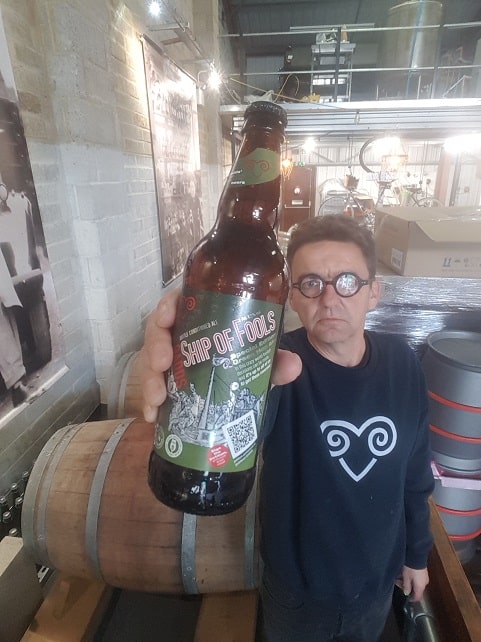 Gadds have created a new beer, Ship of Fools, to raise awareness and encourage people to sign a petition to stop the legislation.

Eddie said: “There is at the moment no access to market, meaning we cannot sell our beers in pubs owned by the bigger companies. This new proposal will kill growth and diversity and, what’s more, the Government will not even make more money out of it.”

Eddie and St Nicholas-based brewery Wantsum are on the cusp of losing thousands of pounds due to the tax change.

Also affected is Northdown Brewery which has gone from strength to strength with an award-winning beer and new saloon bar since launching two years ago.

Founders Johnny and Katie Spanjar are worried about the proposed tax changes and say it’s imperative to protest the move.

Johnny said: “Ultimately more and more independent breweries are going to go under, which will result in a loss of diversity.

“At the moment we are brewing 1,000 hectolitres a year, which means we are under the threshold, but it stops growth and also there will be a knock-on effect from the other breweries who are impacted.”

It’s particularly galling for the brewery, which recently won Best Beer at the Taste of Kent Awards for their Pale Ale Mary, due to the challenges faced by lockdown restrictions. 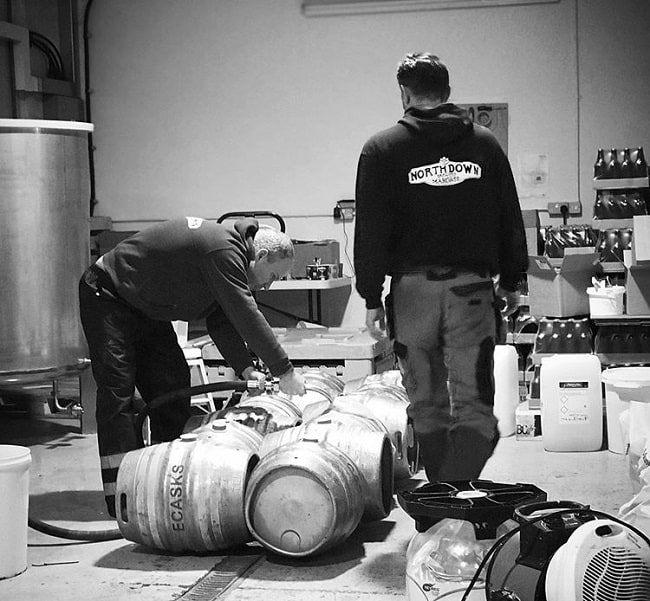 Johnny added: “It’s fight or flight. We’ve been bottling in-house which has reduced the turnaround time. We are ploughing on.

“Despite receiving no cash grants, still working to stay afloat and facing a bleak winter, the government have decided to stick it to us anyway. It’s a huge mistake for local economies, it’s a huge mistake for the industry and it’s going to hurt a lot of tired brewers already fighting for survival.”

On the plus side, Katie says the pandemic has allowed them to reach new customers, saying: “We’ve reached people who didn’t know we existed by delivering beer.”

The trade body for independent breweries, the Society of Independent Brewers (SIBA), is calling for the Government to protect small brewery businesses and commit to not raising the tax they pay.

SIBA CEO James Calders said: “Independent breweries have been left high and dry by the Government during Coronavirus, so to hit them now with a proposed tax rise will be devastating.

“During lockdown small brewers have seen beer sales drop by an average 80 per cent, and just as they are taking their first steps back into normality, the news of a proposed tax hike has caused a huge rift in the industry.”

A Treasury spokesman said: “In July, we announced that we would reform the scheme by abolishing the current scheme taper and replacing it with a more generous one that would start at 370,000 pints (2,100 hectolitres). We also announced we would convert the scheme to a cash basis, to be reviewed annually, and will consult on the potential for a grace period for breweries that merge.

“As with any such relief, there has to be a point at which the full relief ends and brewers start to transition to the main duty rate. This was a source of great interest during the first stage of the review and we wanted to give clarity on this before moving on to consult on other details.

“Having reviewed all the evidence, particularly on industry production costs, we consider that starting the taper at 370,000 pints strikes the right balance between guaranteeing the great majority of the smallest breweries the full value of the relief, while providing those who want to expand and grow a gentler transition to the main duty rate.

“While we empathise with brewers facing difficult trading conditions in the wake of COVID-19, the Government has acted to support the brewing sector through its unprecedented coronavirus response. Final changes will not take place until 1 January 2022 at the earliest, to ensure those small brewers who are affected have time to adapt.

“We will be consulting in the Autumn on further technical aspects of reforming the relief including the shape of the new taper.”

A petition to reverse the move has reached 46,000 signatures so far. To sign, visit https://petition.parliament.uk/petitions/334066