A Justgiving campaign will raise money for a domestic abuse service in memory of a talented artist, passionate campaigner and ‘force of nature.’

Kathryn Smith, who was a much-loved volunteer and teacher at Arts in Ramsgate, died on October 5, just a few weeks after being diagnosed with cancer.

Her daughter Justine, 35, and son Russell, 25, have now launched the fundraiser for the Rising Sun domestic violence and abuse service in Canterbury in thanks for the aid the project gave to Kathy and to mark her passion for helping others.

Kathy, who had lived in Ramsgate for the last decade, was born in Canterbury and grew up in the village of Kingston. She went to Barham Primary School and then on to Simon Langton where she and her friends ‘made a little trouble’. 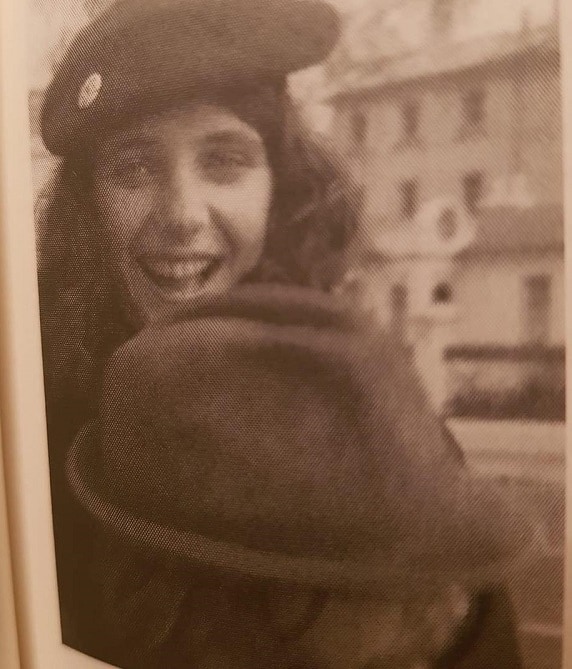 As a 5th year student Kathy and her friends raised money for Canterbury Women’s Aid as it fought to save its refuge for those fleeing domestic violence. The situation was so desperate the women were vowing to barricade themselves in after the property was bought out from under them. When a letter was published in the local press criticising the Simon Langston school for donating to ‘squatters; Kathy and her friends responded with a robust reply saying: “If any justice remained in Britain today, people would not need to squat to prevent human suffering.” 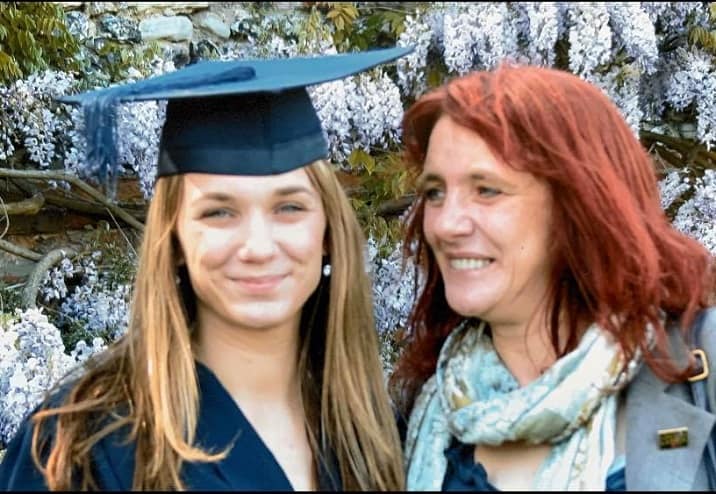 Justine said: “Mum went to Greenwich University where she was a member of the Young Liberals. She travelled the country campaigning for all manner of things from nuclear disarmament to women’s rights, with many a demo that I was taken to. Mum once used her phone call from the police station to make sure I was collected from nursery!” 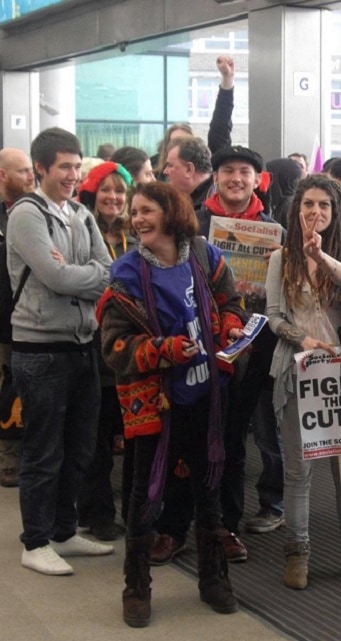 But Kathy also suffered tragedy, losing three children -Emma, Sam and Eleanor – and became a victim of domestic abuse. She moved to Wigan with daughter Justine and a former partner, who subjected her to 18 months of violence.

Justine, who is a nurse, said: “I remember her jaw being wired from it being broken. Mum fled with me, and we were supported by the Rising Sun project who gave us somewhere safe to be.” 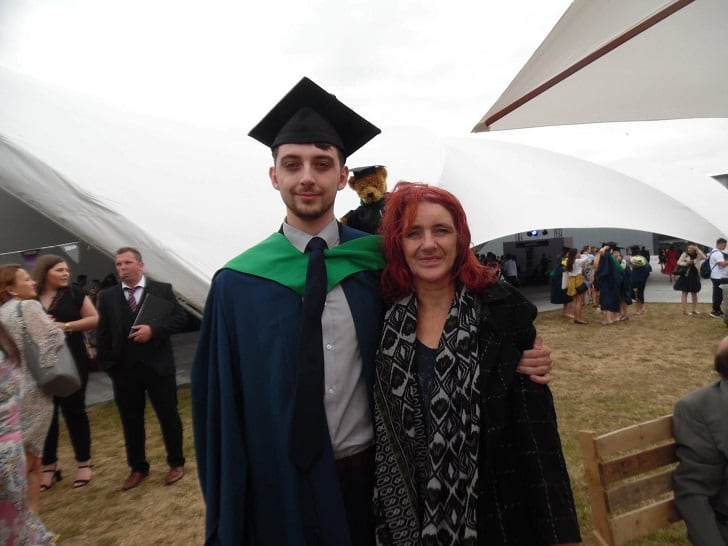 Kathy brought up Justine and Russell and dedicated herself to working with young mums through the HomeStart programme.

During her decade in Thanet, Kathy worked with the AiR arts organisation and shared her knowledge and love of arts with an eclectic mix of people, from those on the streets to disaffected youngsters, university students, mum and child groups, people living with a range of disabilities and anyone who just felt lonely.

Russell, who recently qualified as a paramedic, cared for his mum tirelessly after her diagnosis and when the hospital allowed her to be discharged. Kathy was enormously proud of her son and his career choice, where he was helping people every day.

Russell was by his mum’s side when she passed away.

Justine, who is mum to daughters Hope Eleanor, 10, and two-year-old Beatrice Jean, said: “Our Mum didn’t want a funeral and due to the restrictions of Covid we are unable to celebrate her life in the way we and others would want to.

“For that reason my brother and I will be donating the money we would have spent on the funeral, past the cremation, to the Rising Sun Domestic Abuse Charity.

“The (fundraising) page has been set up for those who would have wanted to buy flowers, or would have travelled to the funeral, or anyone else that would like to honour our Mum’s memory, to raise money for a cause that was close to my Mum’s heart, through her want to help others and through her personal experience of domestic abuse.

“Our Mum’s ability to see the needs of people, even when she herself was suffering, was an incredible force and we will always be proud of the woman she was.

“As a family we will forever be grateful for services like the Rising Sun and the changes they help bring to children and their families.”

Find the Justgiving page in memory of Kathy here