An application to build 23 houses and a block of 15 flats off Stirling Way in Ramsgate has been approved by Thanet council.

Kentish Projects will develop the site, which lays in the perimeter of the Eurokent Business Park and is bounded by Royal Harbour Academy and Laleham Gap Schools.

The homes will be modular construction, meaning they can be built away from the site and then assembled on-site. Once on-site the sections are slotted into place and joined together to make a complete building. 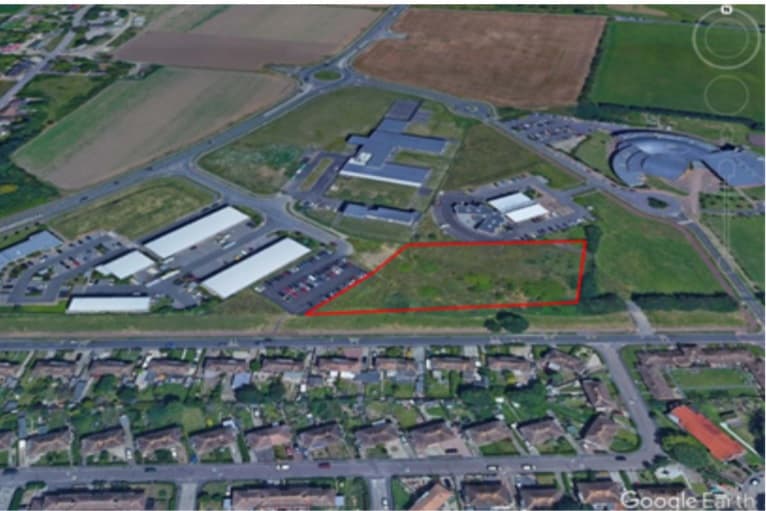 Planning documents say houses would all have a family garden while ground floor flats would have access to private external space and the remaining flats will have communal facilities for cycle storage and amenity space.

The document drawn up by Hume Consultancy adds: “Given the housing shortfall in the district, set against the national housing deficit, modular housing can provide a significant boost to delivering houses speedily and to a high standard.”

New cycle and pedestrian routes would be created ad there will be 52 parking spaces. Access will be from Ozengell Place, off New Haine Road,

The planning document states: “The proposed residential units would be of a consistent design and appearance across the whole of the site, which is reflective of the adjoining industrial and educational buildings. The site’s position at the edge of the Eurokent business park is considered to be a highly suitable location for this type of modular housing being a transitional point between the residential Newington estate and the Eurokent business park and Westwood Cross further to the north.”

The Eurokent site has existing planning permission for a mixed-use development for up to 550 dwellings; business floorspace; car showroom; a new local centre, retail, community facilities and healthcare. The permission was gained at appeal after Thanet council, which owned the site and Manston Business Park alongside Kent County Council and Rosefarm Estates, rejected the initial proposal on the grounds the land should be employment use only.

That decision was overturned on appeal by then Secretary of State Eric Pickles, meaning the green light was given for mixed use with homes and commercial and retail space.