A buoy has been attached to the roof of a black Ford pick up that is submerged by the tide in Margate harbour.

The vehicle was spotted on the sand near the lighthouse last night (September 15), apparently towing a trailer for a ski bike (UPDATE: Trailer was used for a boat).

However, the vehicle sunk into the sludge sand and has since been covered by the tide.

The blue buoy was attached to the roof of the vehicle as it could cause an obstruction to boats entering and exiting the harbour.

It is understood one small boat skipper thought it was a dinghy until onlookers informed him it was actually a vehicle.

Barriers are being installed today in planned works. They have gone in at the slipway by Manning’s fish stall and at the top of the ramp behind Turner Contemporary. 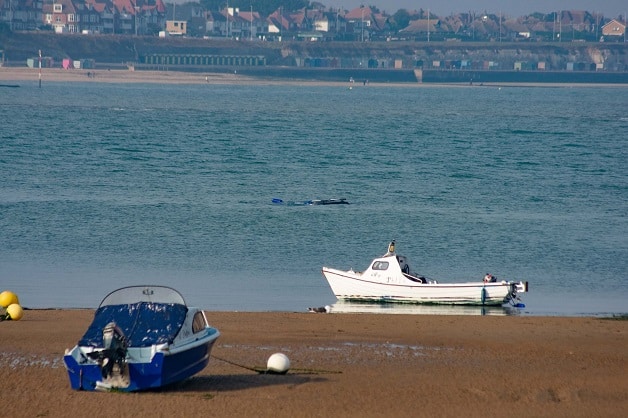 Both areas are marked “No Jet Skis”. One set of keys for both barriers will be held by the RNLI for emergencies.

Thanet council recently introduced a Summer beach and coastal supervisor role in a bid to crack down on those jet-skiing in prohibited areas.

The officer role, which is likely to be extended, is in response to complaints of those using the crafts in swimming areas instead of launching from designated slipways on the isle.

A review of how effective signs, bollards and barriers are at problem hotspots will also be carried out. 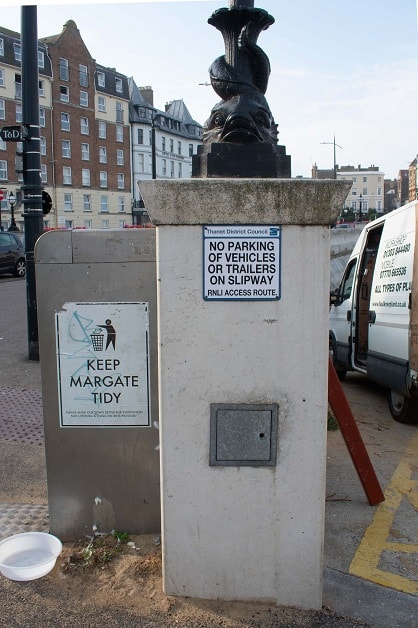 Cabinet member Cllr Steve Albon recently said Thanet council aims to strengthen powers to deal with those breaking the rules by putting in place the PSPO – which will allow enforcement action such as penalty notices. 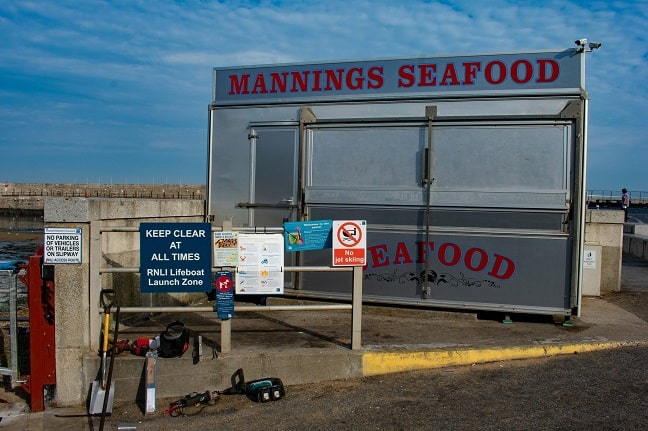 He said: “In the long term we are looking at strengthening our powers over the coastal by-laws to make them more easily enforceable and with more serious penalties. 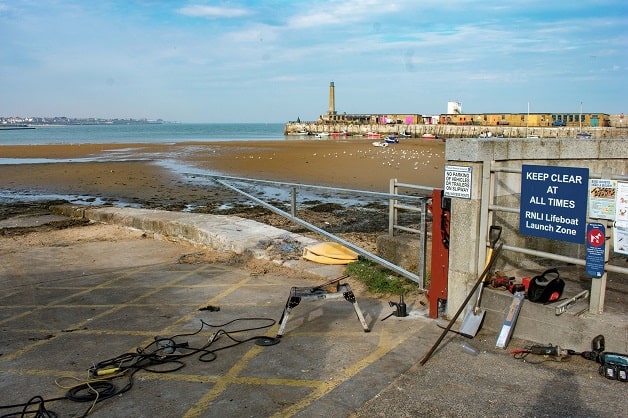 “To do this we are exploring a Public Spaces Protection Order which will encompass all the old by-laws and new requirements.”

UPDATE: The vehicle has started to emerge this afternoon (September 16).