The Little Art Gallery in Broadstairs is auctioning three paintings for charity which more than 250 people have had a hand in creating.

The first piece called Crazy Fish will be won by the top bidder on Saturday (September  19) with 100% of the proceeds going to Thanet’s Man Club.

Vicki Griggs and Kevin Malone, who have been business colleagues running the gallery for 17 years, invited people to add there bit in painting or as a signature when passing the Eldon Place gallery.

Tagged as the People’s Paintings each will be used to support a cause. 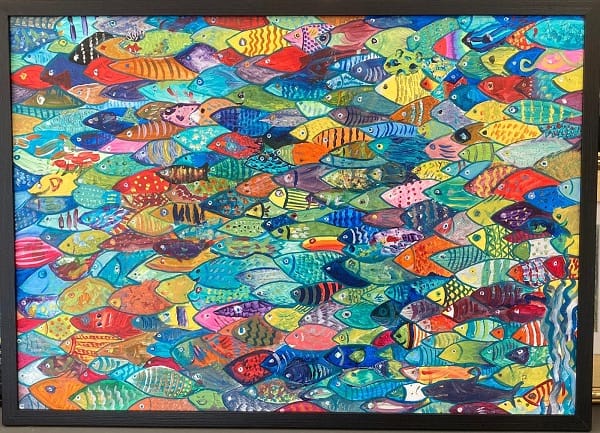 Vicki said: “Crazy Fish was painted and signed by over 100 people passing our gallery. One hundred per cent of the money raised will go to Man Club, a local charity for men.

“Man Club is a mental health help and support group in Thanet that has helped many men in the last couple of years, sadly at the moment suicide in men has increased. Help us to support this fantastic organisation by bidding.” 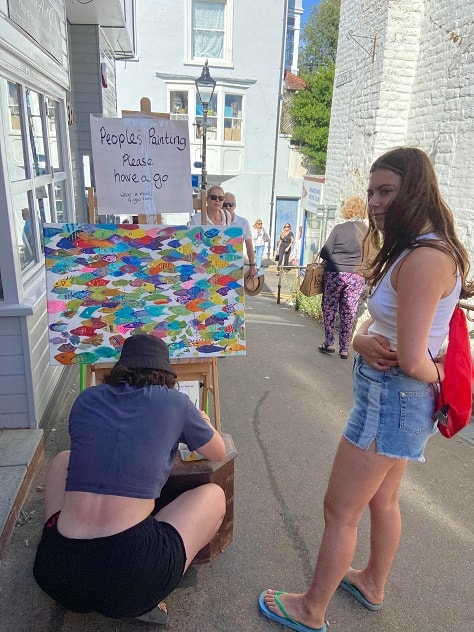 A limited amount of Crazy Fish prints will also be available to order at www.thelittleartgallerybroadstairs.com

Two further People’s Paintings will be auctioned, with those causes due to be announced.

Bidding for the Crazy Fish painting ends at 5pm on Saturday. Place a bid via the facebook page here

Although Man Club has been impacted by the covid restrictions on gatherings, support can still be found on the facebook page here