The nan-of-three underwent a head shave in aid of the cause on the forecourt of St Lawrence garage where she works.

The donation has been made in memory  of her dad Peter Byatt, who sadly died from cancer two years ago.

Sara, who is also a nan-of-three, had the cut done by daughter Nicole who currently works at Easilocks in London. 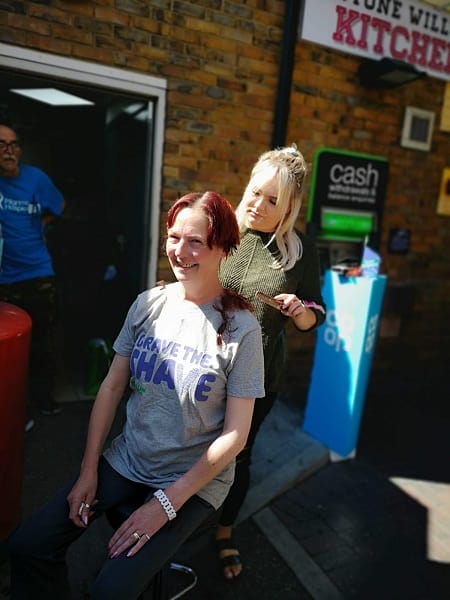 Sara said: “I want to thank all who have supported me with my journey to brave the shave. It has been emotional, humbling and empowering.

“So, my lovely customers who have come into the garage and donated, those amazing people helped raise £940.00. I am overwhelmed with the generosity and so proud of them all.

“Then on my Facebook page, including my family and of course the wonderful people from The Bricklayers Arms, the total from this was £460. So all in all money going to Macmillan is £1,400. Well done to you all.” 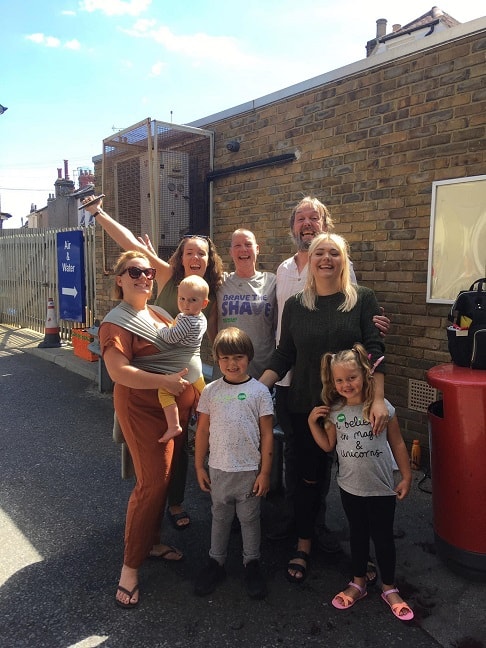 Sara says her dad was a “very caring, talented and loving man’.”

Peter  was born in London and was a father to four daughters. He was an artist by trade, focusing mainly on graphic design. In later life, he emigrated to Italy with wife Jackie so he could pursue his passion of painting.

Sadly, while in Italy, Peter received his cancer diagnosis and passed away just six months later. The diagnosis was made all the more difficult for Peter’s family in England as they could not easily visit him, but throughout the diagnosis, Sara recalls how brave her father was.

As her father was in another country, Sara and her family didn’t have the traditional kind of experience many have when a loved one has been diagnosed with terminal cancer. However, she is keen to highlight that she knows of the wonderful work that Macmillan nurses do for so many families.

Sara said through her work she has come into contact with many who have been touched by Macmillan, which is why she chose to honour her father in this way.

Sara’s sister Zoe also held a fundraiser and raffle at The Bricklayer’s Arms pub in London, raising more than £100 for the cause.