Big-hearted workmen in Thanet have pitched in to help after a retired Ramsgate couple were left with no water or toilet and faulty electrics for almost a week.

Army veteran Alan Entwistle, 71, and wife Laureen, a former care worker, had to collect water from their daughter and use a bucket as a toilet after the builder fitting their bathroom left them without facilities and failed to return to the property.

The couple had been saving for three years to have a wetroom installed at their home but are now some £2,600 out of pocket. They were left with a leaking shower which has gone in the kitchen and caused the floor to lift, a hole in the wall between the kitchen and bathroom, an unfitted toilet, a partially fitted door, a hole in bathroom wall to the outside of the house, an incorrectly fitted basin, poorly fitted boarding on the walls and an incomplete floor. 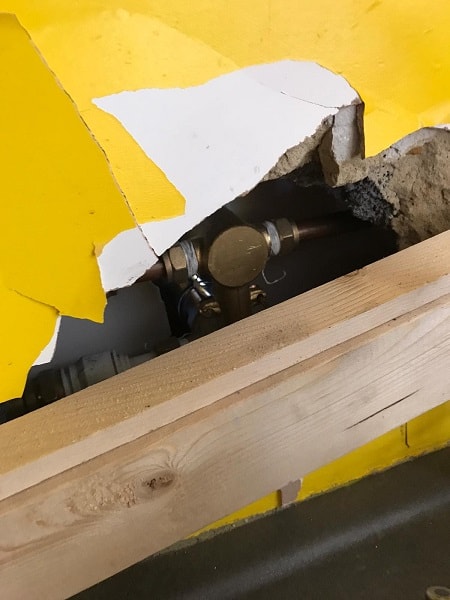 Alan, who suffers COPD and uses oxygen, and Laureen who has angina, were devastated by the mess and have tried on numerous occasions to contact the builder but have been unable to get an answer.

Laureen, 70, said: “We had no water or toilet for a week. My husband has been so upset by it. I handed money to him (the builder), you trust people. We are not plumbers so we didn’t know what he was doing.” 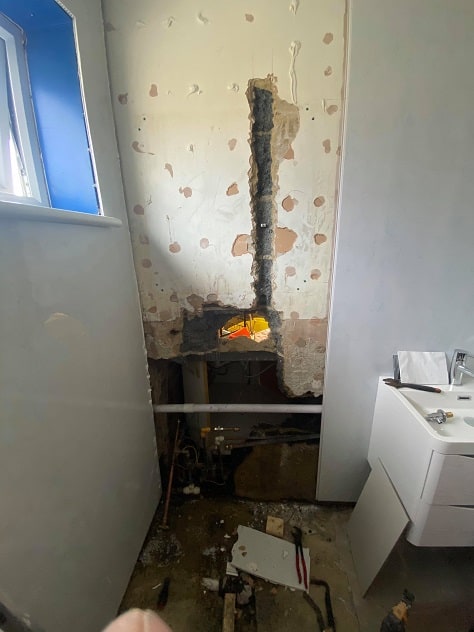 The last time the builder was at the couple’s property was on Friday, August 28.

Laureen said: “He said we had no water but he would be back Sunday. He had done the lights and we ended up with no electric as it blew so there was no bathroom light, no toilet and no water. He told us not to go in the bathroom for 24 hours because he had levelled the floor or something. So, we were using a bucket and my husband was going to my daughter’s to get water. 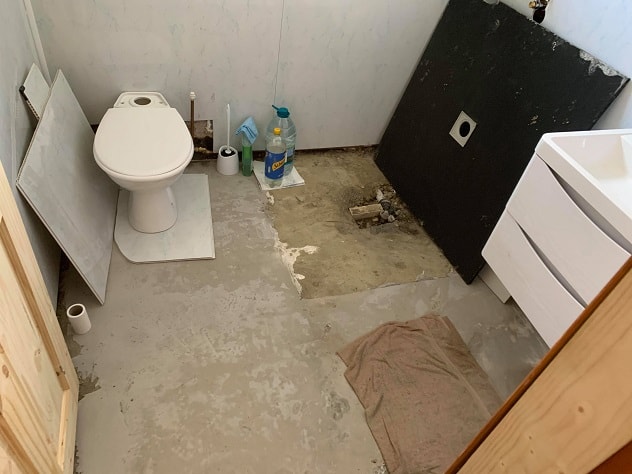 “When I got up Sunday morning I could hear a noise in the bathroom so I called my husband and he could hear it too.

“We looked and the floor was wet, there was a leak. I phoned the builder and there was no answer. My daughter phoned and his friend told her he had forgotten it was bank holiday and was in Liverpool for the weekend and would be back to ours on Tuesday.

“He didn’t come. Alan phoned about 11 times, my daughter phoned, but there was no answer, no communication from him at all.” 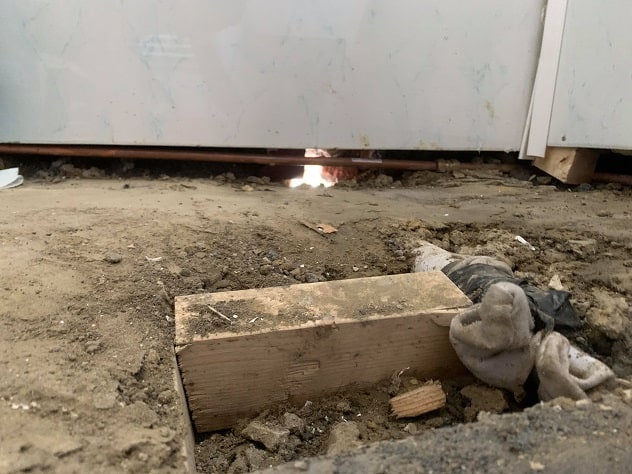 The couple’s daughter Keena posted to facebook about her parents’ predicament and the amazing response has resulted in several tradesmen pitching in to get the couple’s water and electrics back on and to try and rectify the mess.

Tom has fitted the toilet, repaired the leaks and put the water back on. He will be ripping out the bathroom so it can be redone. Paul repaired the electrics and replaced parts.

However, some additional help is still needed. The to do list includes:

Keena said: “I just want to say that every single one of those who have been to mum and dad’s in the last couple of days are true angels and have restored my faith in humanity. 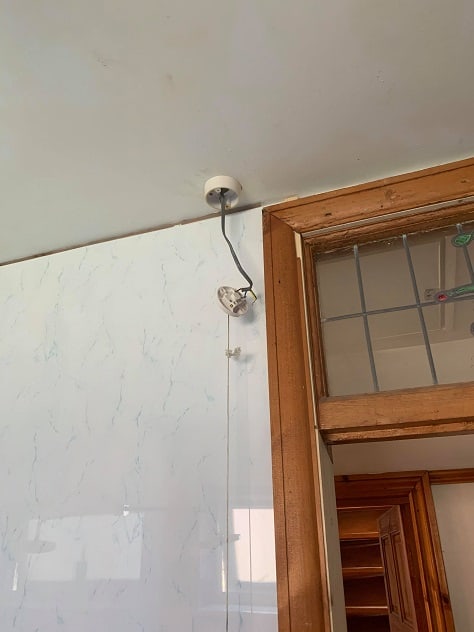 “Mum and dad have helped so many people over the years – mum was a care worker for KCC for over 39 years, and dad was in the Army. It’s nice to see they’re getting something back in return for all their giving and support.”

A complaint about the builder has now been lodged with Trading Standards.

The Isle of Thanet News has attempted to contact the builder but is yet to receive a response.